Holden and Ford fans, you may need to brace yourselves for this; a Ferrari 458 GT3 has broken the Mt Panorama lap record in Bathurst, with a time of 2:04.956. 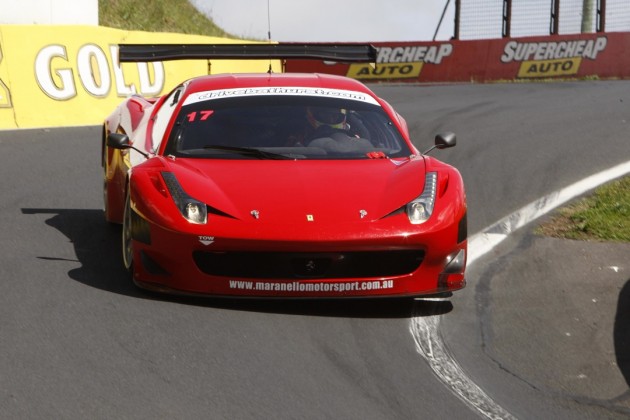 Allan Simonsen posted the cracking lap over the weekend, crushing the previous lap record, held by Jamie Whincup in a Ford Falcon V8 Supercar, by four seconds. Whincup managed a 2:08.465. Craig Lowndes also held the lap record in an Audi R8 LMS GT3 after posting a 2:09.086. 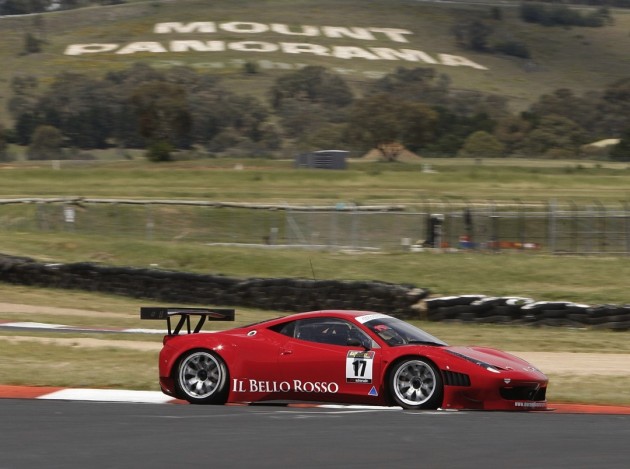 The amazing thing is this was the Ferrari 458 GT3’s first visit to the Bathurst track. Maranello Motorsport Managing Director, Mark Coffey recently explained,

“The 458 is a great car. It’s worth the wait and really is amazing how the time we spent at the factory with Michelotto has paid off with the car so quick and stable so quickly.

“It’s terrific to not need months to dial it in. There’d been a lot of people with stopwatches around the track and to now have confirmation of the new record during the team’s first test is very exciting so we’re looking forward to the racing.”

“This car is damn fast! Given this is our first test, it’s certainly nice to break the lap record finally and we did it in style.

“From the first laps at Bathurst the car was very quick, given it has a great setup baseline from running in Europe this year so we knew we’d be able to work from where they’d left off.”

The Ferrari 458 GT3 will be entered into the Bathurst 12 Hour event in February next year.