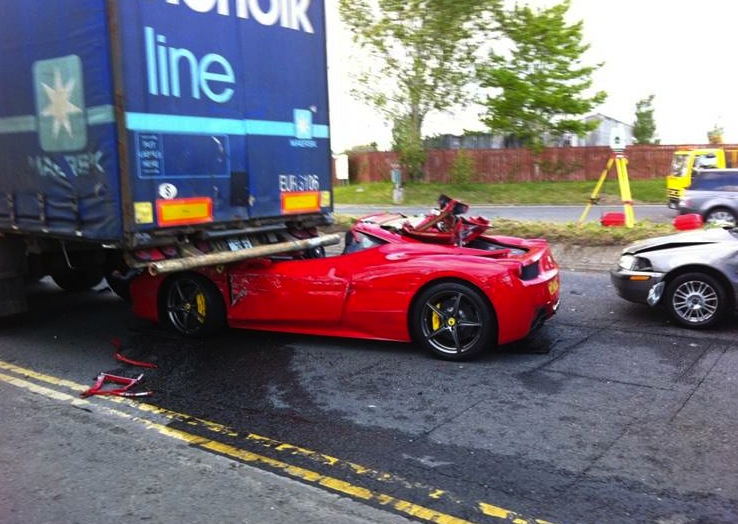 A driver of a spanking new Ferrari 458 Italia has made an extremely lucky escape after crashing his supercar into the back of a truck. The crash, which occurred in Sprucefield, Northern Ireland, occurred just a few hours after the avid Ferrari enthusiast purchased the car. 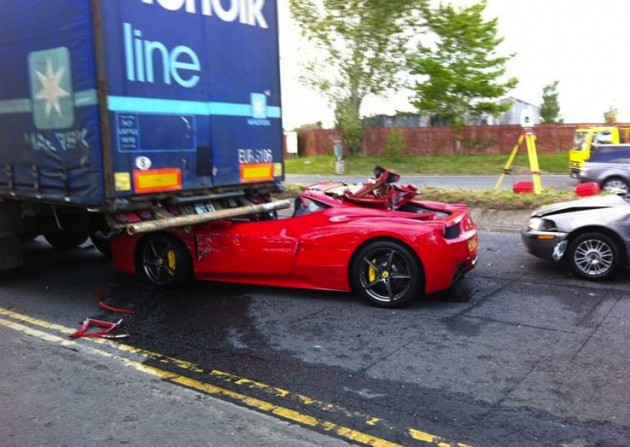 According to reports, the owner/driver only just picked the car up from the dealer. Sadly, it’s understood he suffered an aneurysm behind the wheel hours later, leading to the crash.

As you can judge by these images, which appeared on FerrariChat forum, the driver is very lucky not to have been directly injured by the trailer. With the Ferrari’s nose being so low, the corner of the trailer is right at eye level.

Emergency workers had to cut the roof off to free the man. It was apparently the owners 10th Ferrari.