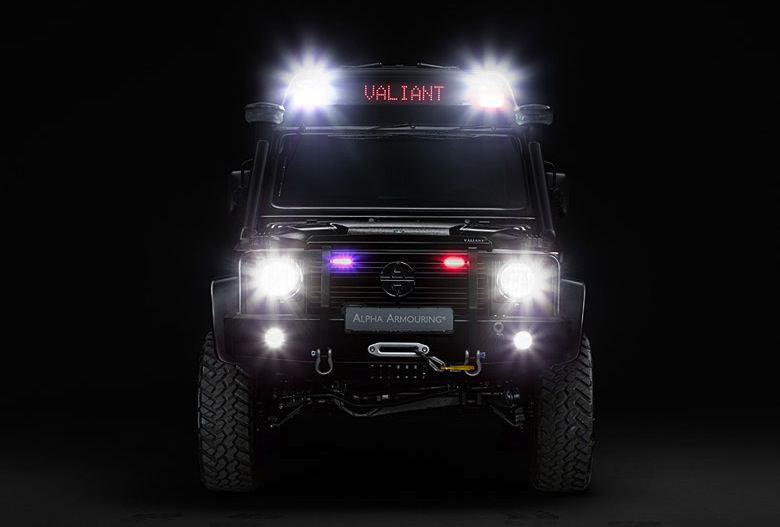 If you’re the kind of high caliber individual that needs a high caliber vehicle that can protect you from a high caliber weapon, you need to check out this; the Project Valiant Mercedes-Benz G-Class. It’s ballistic (-proof). 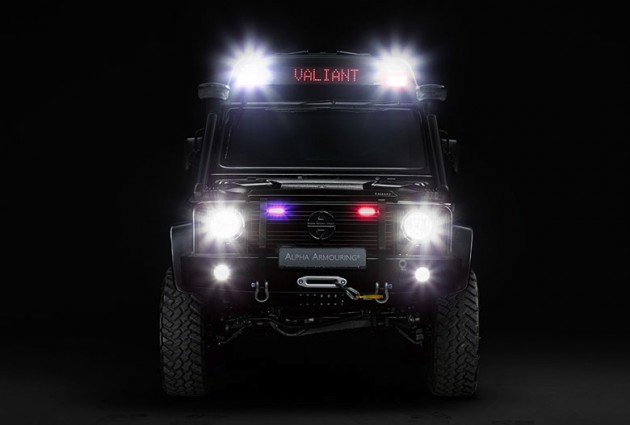 Built by Alpha Armouring in Germany, the G-Class wagon is transformed into a death-defying driving machine capable of withstanding a point-blank shot fired by a 7.62 armour-piercing ammunition weapon.

Using extremely thick bulletproof windows and some serious heavy duty panels and doors, the big G isn’t likely to be as quick as it usually is due to added weight. However, it is made more useful off road with lifted suspension and large bogger tyres wrapped on military-grade wheels. 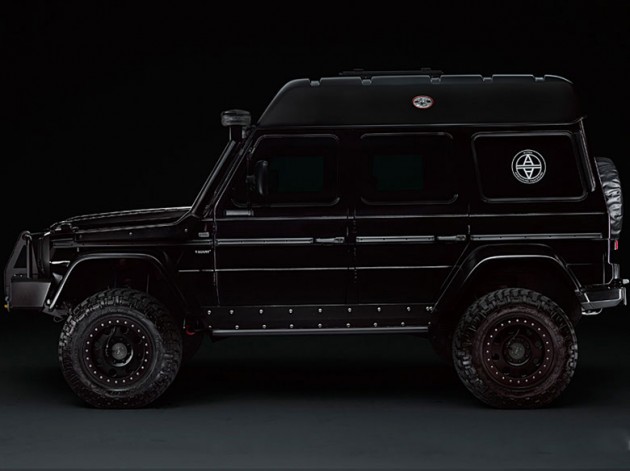 Other modifications include a raised roof for more interior space, leaving for an overall height of 2.5 metres, special axles, a completely revised interior with Recaro bucket seats front and rear, and a unique ‘protection cell’ cabin structure. The project has taken the team three years to finalise.

Alpha has released a video on YouTube demonstrating the sheer force the SUV can withstand. The video also showcases the power of the weapons used in the demos, using various testing props, such as shooting through 20 car doors.

While we don’t know much about guns here a PD, the weapon used to fire the shot into the rear window looks like it could do some serious damage but somehow Project Valiant deflects it. Click play below to take a look.