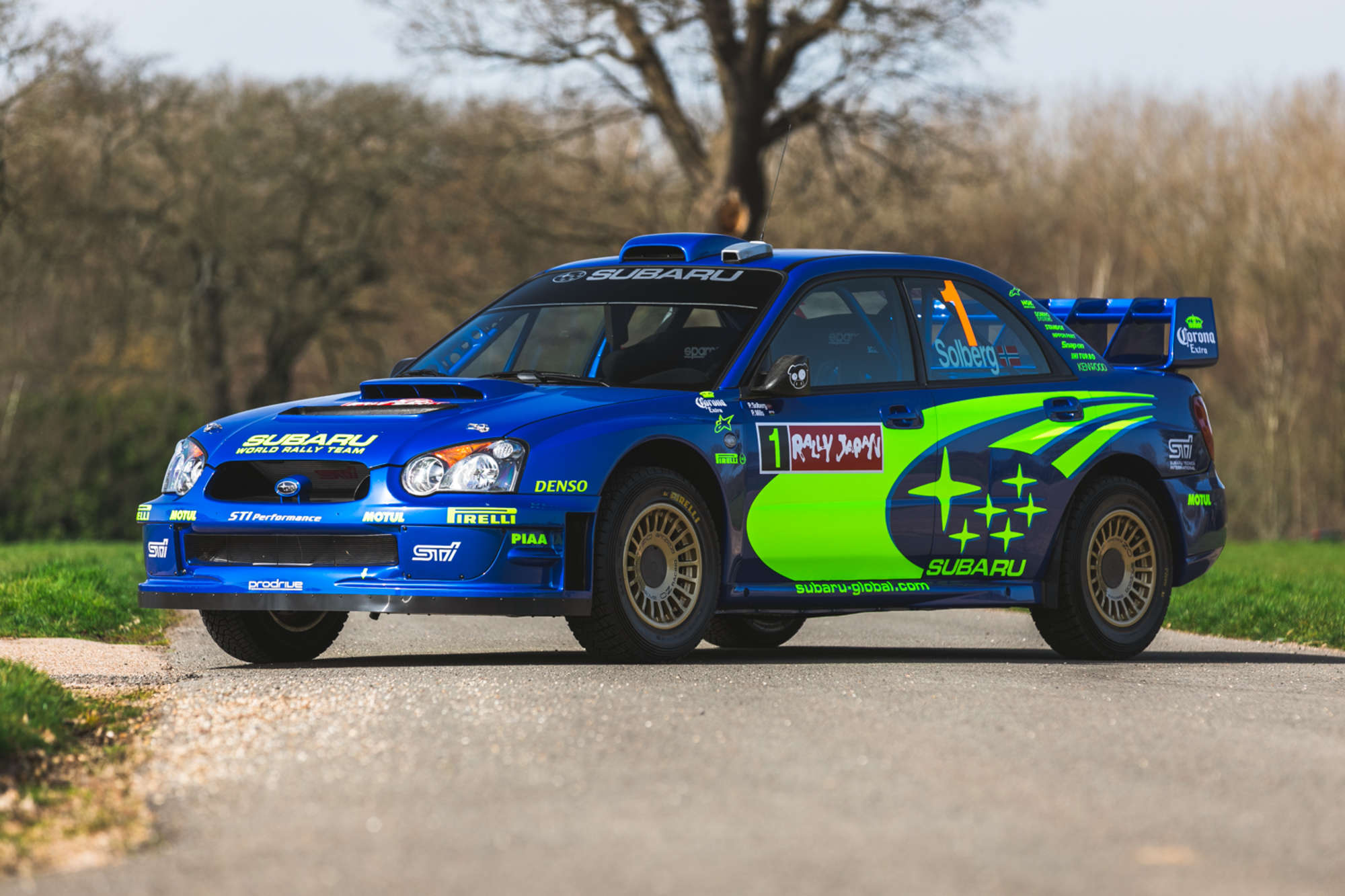 We report on some pretty interesting cars for sale here at PerformanceDrive, but this is a particularly special one for any rally-enthusiast out there. 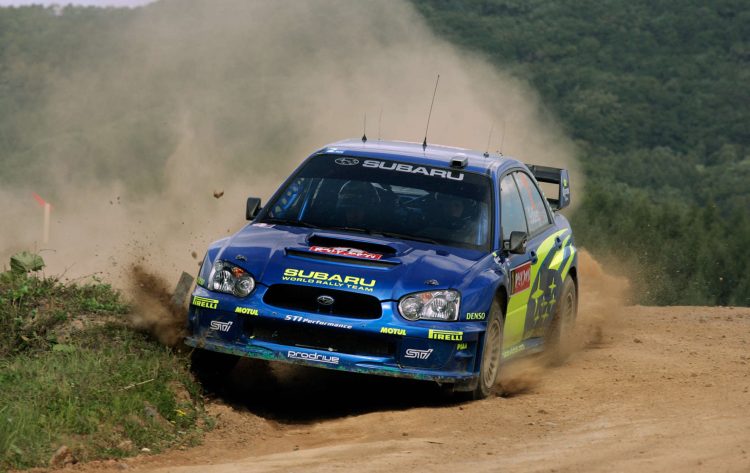 Silverstone Auctions has recently listed Petter Solberg’s Japan WRC-winning Subaru Impreza S10 rally car, which has since been restored to exactly the same specification as the day of its 2004 Rally Japan win.

Known to the Prodrive factory as ‘PRO-WRC 04008’, it was the fourth chassis to be built by Prodrive for the 2004 season and it helped Solberg claim third place in the Rally Turkey event, and later that year helped Solberg take out the Rally Japan win. 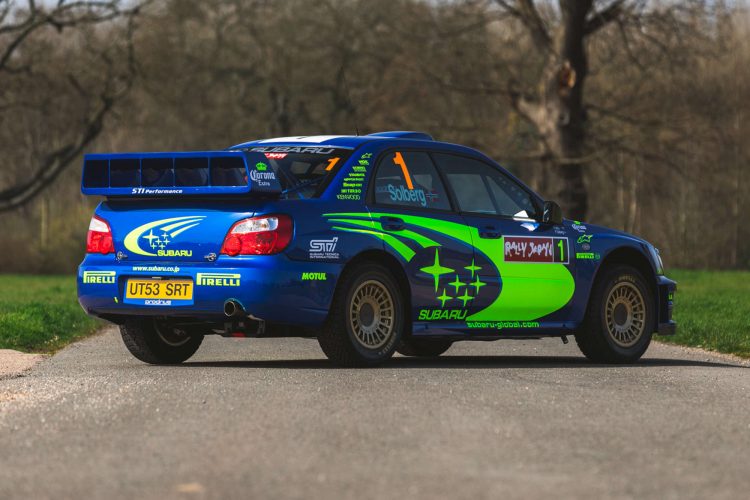 In that event, Solberg led from the beginning, with eleven stage wins and finishing ahead of Sebastien Loeb by more than one minute. In the 2004 season, Petter Solberg piloted his 005 WRX to win the New Zealand, Greece, Japan, British and Italian WRC events, and finished second in the drivers’ championship behind Sebastien Loeb.

It has made its way to the auction floor after being purchased by a private buyer in 2019, who sent it to the team at Prodrive Legends for an authentic restoration in the hands of those that created it in the first place. 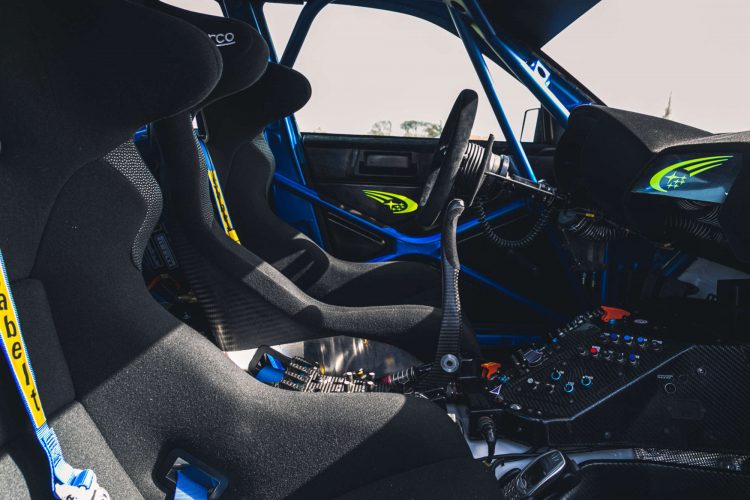 After the car was rebuilt for Colin McRae to drive at the Bettega Memorial Rally Sprint in Monza, the private buyer used the specialist team at Prodrive for a recreation that has very rarely been seen before. The team had a relatively simple brief: recreate the exact car that Petter Solberg piloted to victory at the 2004 Japan WRC event, and ensure every aspect, from top to bottom, was exactly the same as it was on the day it won the event.

Luckily, Prodrive Legends still had all the original documentation for the car, including specific build-specs for the car throughout the 2004 WRC season. As a result, they were able to recreate the exact suspension, seat and pedal positions, all the way to minute details like the water bottle mount and bracket for a now-ancient Nokia 6310 mobile phone. 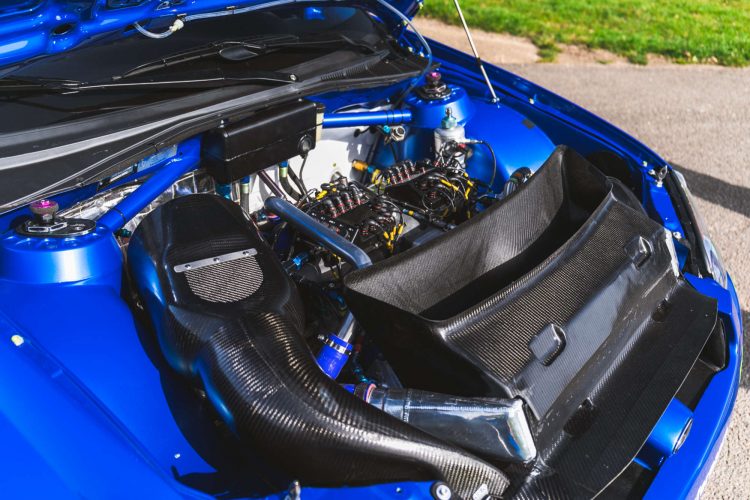 A few more examples of this attention to detail include the fact that the chassis was measured to ensure it was the same dimensions as its 2004 win, the car was sent to the original company that painted it back in 2004, and each item in the sub-assembly was stripped, inspected and crack-tested.

It’s going up for grabs at Silverstone Auctions, with prices listed between $687,000-$804,000 for the one-of-a-kind WRC-winning creation. Sales controller, Gary Dunne, said:

“We are absolutely delighted and privileged to be able to offer this one-off opportunity of the ex Petter Solberg competition car. This will certainly be one of the star cars for the sale; the lot list is rapidly growing, and this is our first sale for some time where we can invite bidders into the room on the auction day.”

Subaru has confirmed that an all-new Premium Special Edition variant will be joining the Outback lineup when it arrives in...

It turns out the 2022 Subaru BRZ must be made of eggs, flour and butter, because they’ve been selling like...