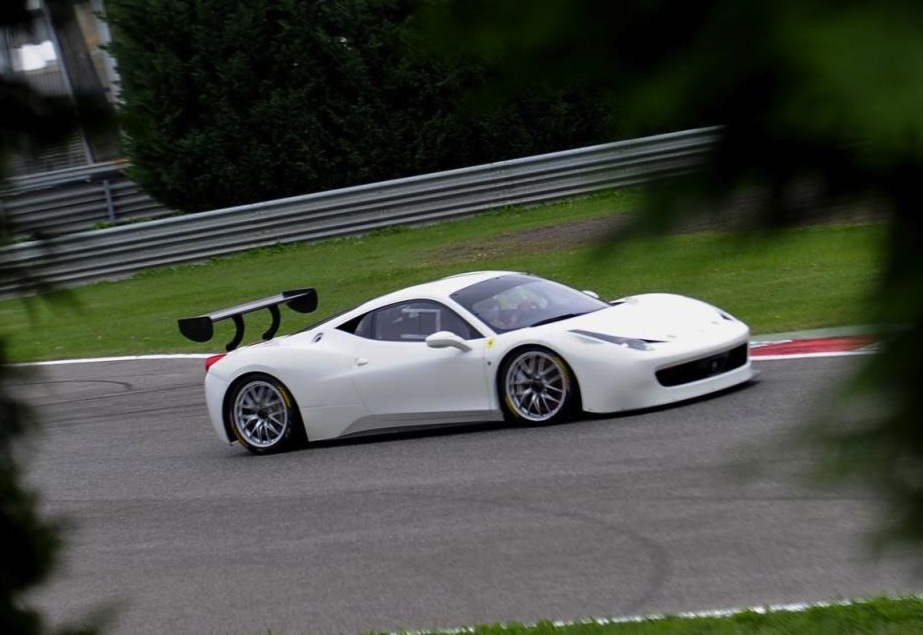 Ferrari has released a teaser image of the new 458 Challenge Evoluzione before its Mugello Circuit unveiling later today. 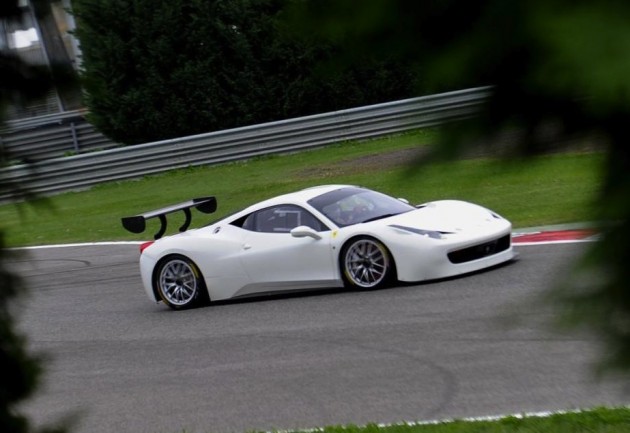 The new model will be a stripped out, racing version of the 458, showcasing vast weight reduction and similarly extreme aerodynamic enhancements. Ferrari said in a recent statement,

“Here you can see a photo of the car taken during testing. Its most striking feature is clearly the rear wing: the 458 Challenge Evoluzione makes full use of the experience gathered in GT racing, in particular on the aerodynamic front.

“The increased downforce generated by the wing, balanced at the front by work carried out to the splitter and the floor, allows drivers to make full use of the 458 Challenge Evoluzione’s dynamics and performance, extending its limits and those of the driver, while improving performance both in terms of laps times and over long distances.”

Full specifications are yet to be announced, however, it is expected to come with an uprated form of the 458’s 419kW 4.5-litre V8, as well as enhanced brakes and racing suspension. Stay tuned for the official details.