As far as Euro SUVs are concerned, the Porsche Cayenne has to be one of the best cars in its class to put a widebody kit on. German tuner CT Exclusive has just released their widebody kit for the Porsche SUV, and doesn’t it look boss. 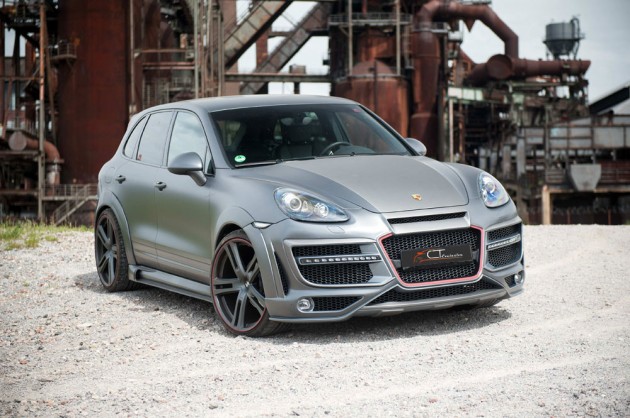 Finishing the Cayenne off is a set of double-spoke 23×11 wheels finished in matt grey wearing 315/25 Dunlop Super Sport tyres.

CT Exclusive states on their website that all of their bodykits are made in Germany from carbon-reinforced plastic which is coated with an ISO-Flex Gelcoat. 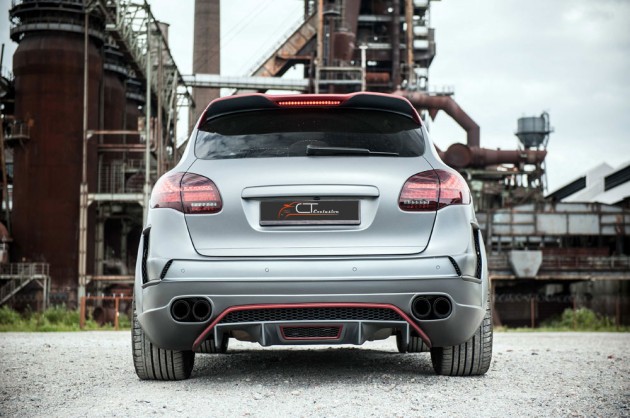 The widebody kit has been specifically designed for all Porsche Cayenne 958 models (second generation), and has been fabricated to fit up to the SUV’s original attachment points. The kit can be painted to suit all of the available Cayenne colour options, or custom colours. For the Cayenne widebody kit CT Exclusive is asking 8,900 euros (around AU$12,900).

An updated version of the Porsche Cayenne, which is set to be styled closer to the newly-released Macan, will be revealed at the upcoming Paris Motor Show. The show runs from October 4-19. Be sure to check our front page over the coming days for coverage of the show.