With the all-new Mazda MX-5 roadster still a little while off yet, Mazda has revealed a special MX-5 Yusho concept at the AMI Motor Show in Leipzig, Germany. 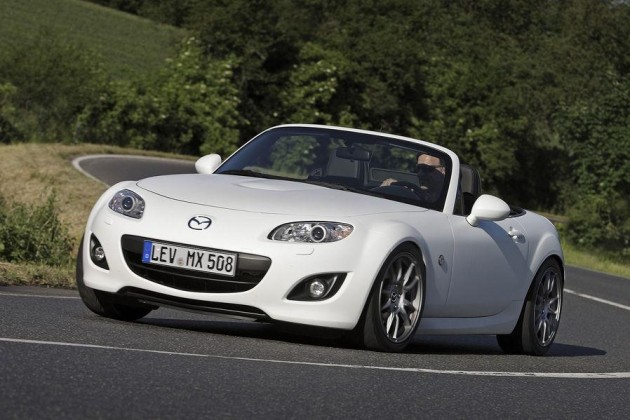 Under the bonnet hasn’t been left standard, fortunately, with Mazda keen on making sure the go matches the show. The engine is a 2.0-litre supercharged four-cylinder unit producing a decent 177kW of power and 274Nm of torque.

It might not sound like much, but as anyone who has ever driven an MX-5 will tell you, the standard car is already lots of fun, even with the stock naturally aspirated 118kW 2.0 litre. 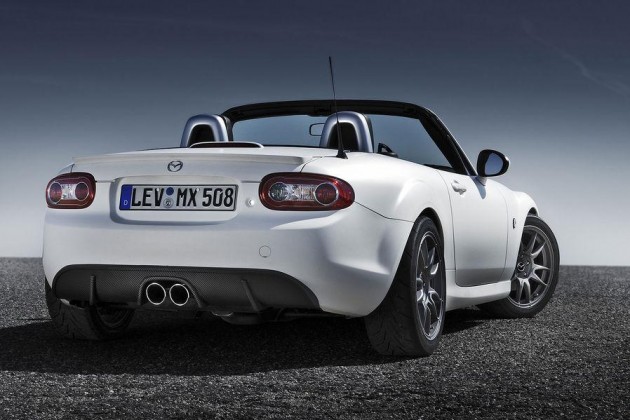 Power is sent through a six-speed manual transmission, and into the rear wheels like the standard MX-5.

Unfortunately, there’s no sign of Mazda planning a market introduction for the Yusho (victory in Japanese) roadster. It’s a shame really, as it would be a perfect send-off for the model before the new generation comes out in 2015.