It’s no secret that many Lamborghini Gallardo supercars around the world have simply spontaneously combusted. It’s part an Italian thing, but also a serious issue as far as the National Highway Traffic Safety Administration in the US is concerned. And the Australian Competition and Consumer Commission for that matter. 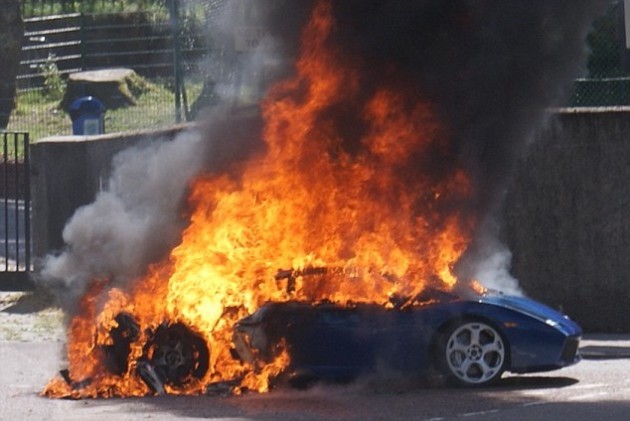 As a result, a recall has been issued for 2004 to 2006 model Lamborghini Gallardos, affecting up to 1491 vehicles. The recall isn’t isolated to the US either, the Australian Competition and Consumer Commission’s has put out a recall notice which affects up to 70 Gallardos locally.

The issue is down to the steering fluid lines which are under very high pressure. There is a risk that these can leak, spraying fluid onto various potentially super-hot components underneath. In a worst-case scenario, there is a risk of a fire starting.

Owners are urged to contact their local Lamborghini service centre to arrange an inspection immediately, where revisions may be carried out to update the steering components.

As we’ve reported a number of times in the past, the Gallardo is no stranger to the high-heat element. There was the incident in Scotland, the toasted Gallardo in Malaysia, and of course the Gallardo which won the Targa High Country rally in Australia whilst on fire.

If you own a Ferrari and feel a bit left out, don’t worry, a recall has been issued in the past for the 458 due to a fire hazard as well. It’s like it’s all part of the exciting Italian supercar buying experience.