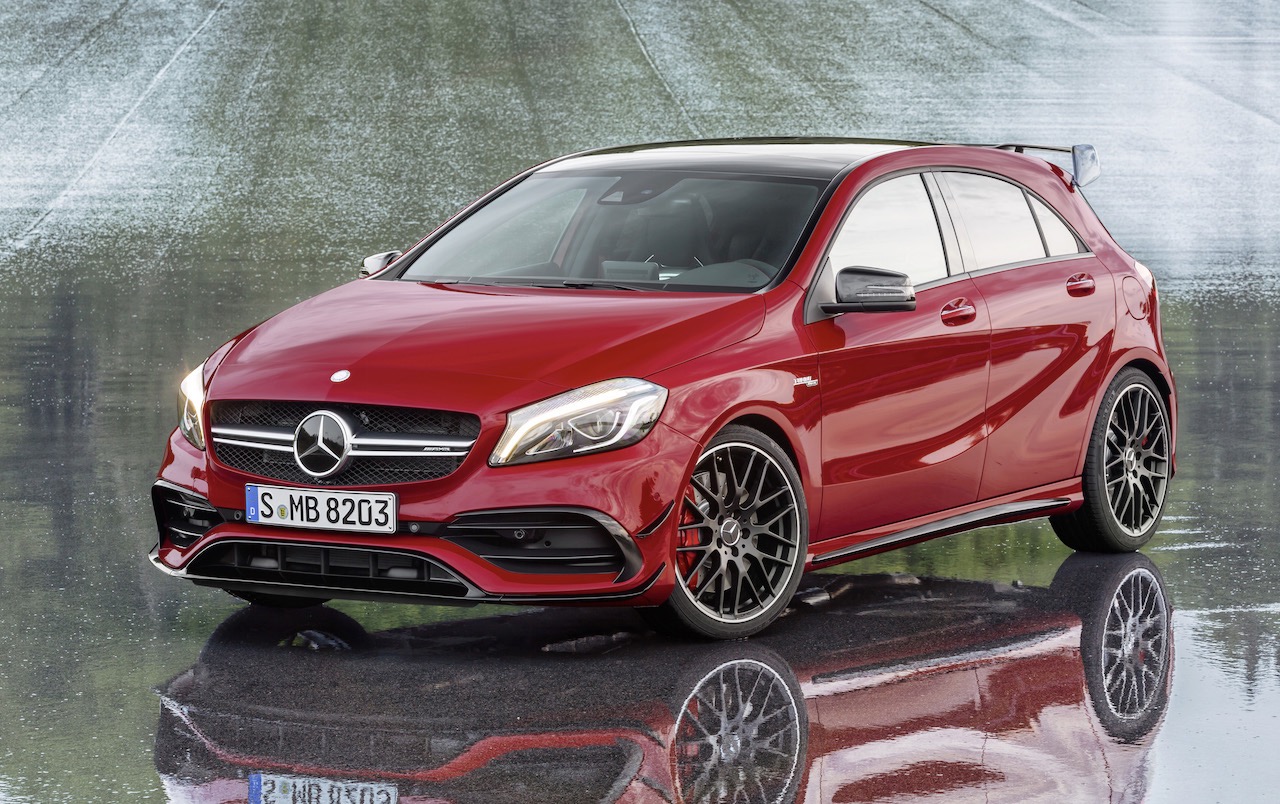 Mercedes-Benz has revealed the 2015-2016 A 45 AMG update. And yep, it has broken another record; it’s the most powerful 2.0-litre production engine in the world, again. 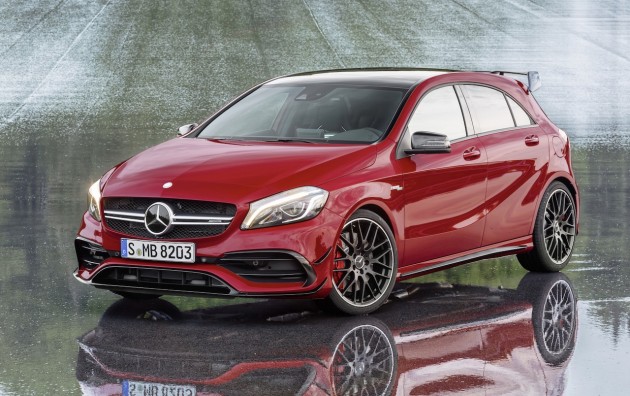 The A 45 AMG already claimed that title but for the updated model the crazy boffins at AMG have squeezed more out of the engine. It now produces 280kW of power and 475Nm of torque. That’s more power than a VF Commodore SS manual (270kW), and it uses a 6.0-litre V8.

How does this affect on-road performance? Acceleration from 0-100km/h comes up in just 4.2 seconds. It’s basically on the heels of a fully fledged supercar. Remarkably, fuel economy remains in true hatchbach territory, keeping its 6.9L/100km rating.

Aside from the boost in power, the model update includes various changes, including AMG ride control suspension with Sport and Comfort drive modes, while the whole drivetrain has been optimised with new gearbox ratios and software revisions.

The driver also gets AMG’s Dynamic Select driving modes offering adaptive functions for the steering, engine, and the seven-speed dual-clutch auto. Drivers can select between Comfort, Sport, Sport plus, and a customisable Individual mode.

For the real hardcore performance fans, Mercedes-AMG will be offering an AMG Dynamic Plus option package which adds a front differential lock function. This helps to harness all of that power and direct it to the all-wheel drive system for optimum acceleration and cornering grip. 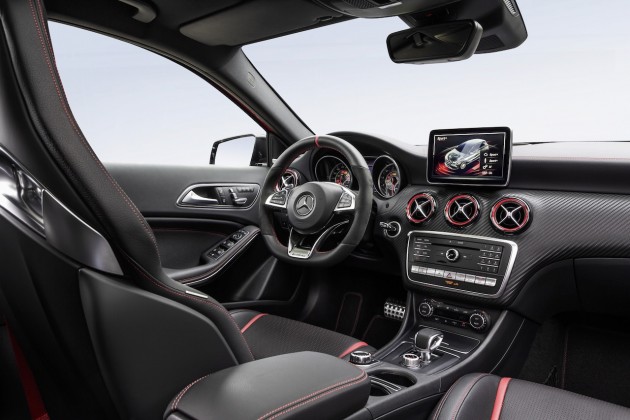 The 2016 Mercedes-AMG A 45 will go on sale later this year. Prices are yet to be announced, however, as a guide, the current 265kW version retails from $75,700 in Australia (excluding on-roads).