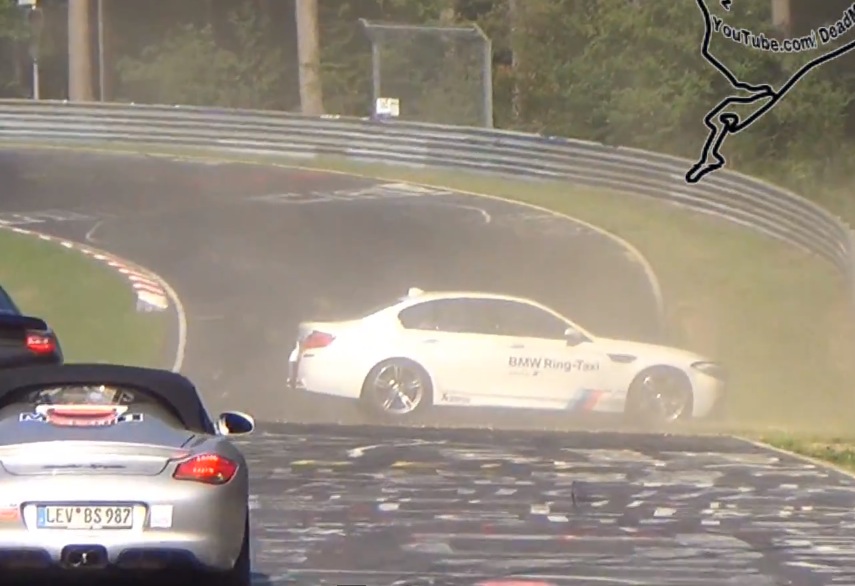 The BMW M5 Ring-Taxi had a bit of an off at the Nurburgring recently, and, as you can imagine, footage of the crash is gathering plenty of popularity on YouTube. 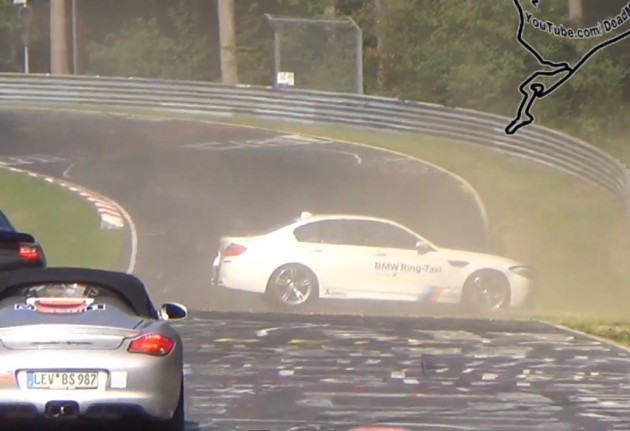 The video has only been up for a day yet it has garnered the interest of over 60,000 viewers. As far as we know everybody in the car walked away without serious injury. Take a look below.

The Nurburgring is quite a treacherous place, but this looks like a fairly haphazard slip-up by the driver. With 412kW on tap, he or she should have known better and reacted sooner in our opinion.