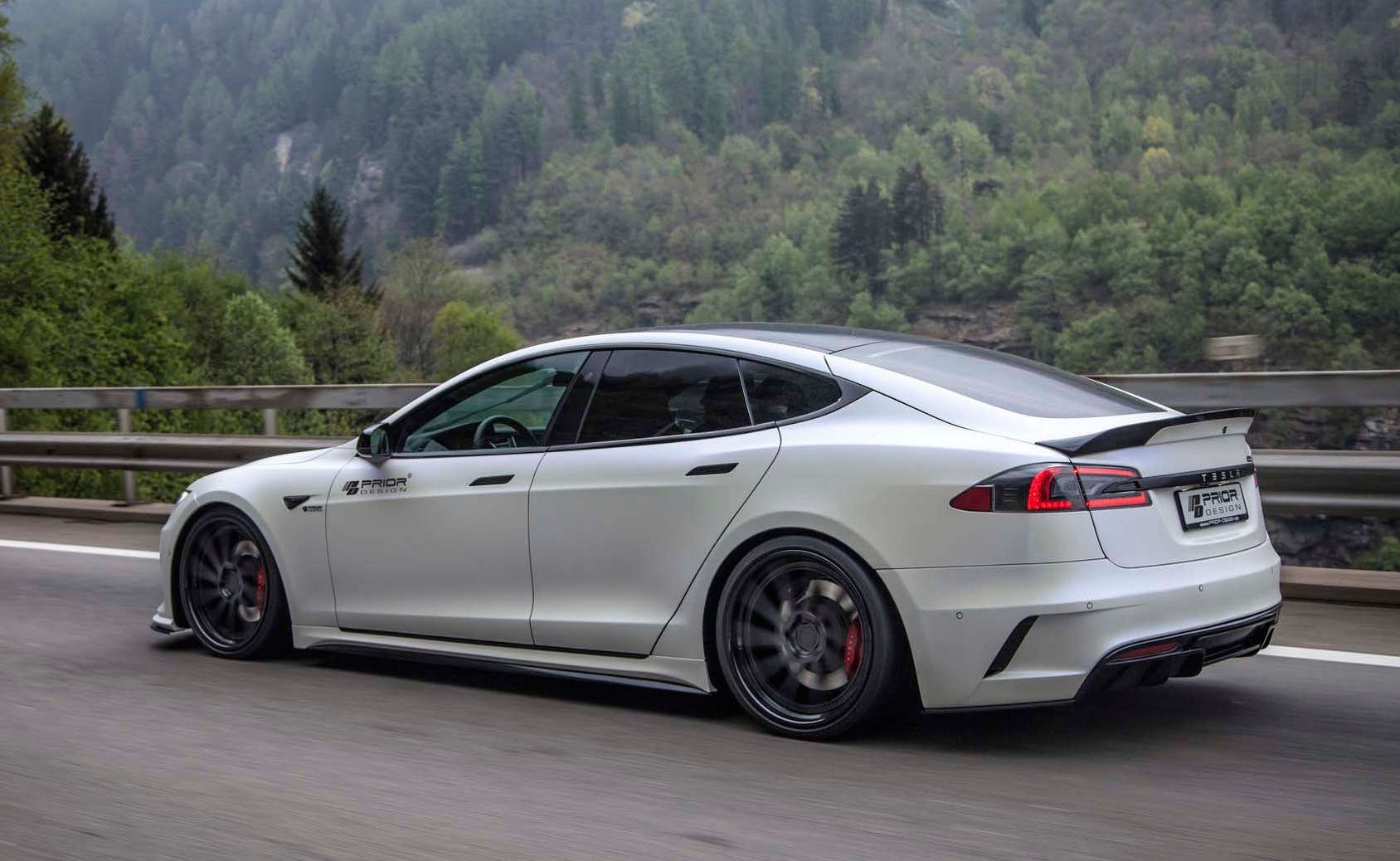 The Tesla Model S in P100D guise is the fastest production sedan in the world. An astonishing feat by a company that has time and time again shown the world that electric cars can be seriously fast and shame petrol-powered dinosaurs. 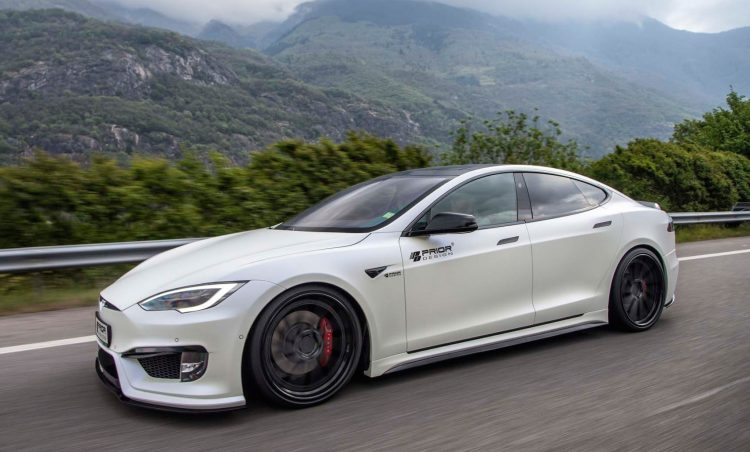 Putting the P100D in Ludicrous Mode enables startling acceleration that shocks occupants as they are warped up the road at incredible speed, with an official claimed 0-100km/h time of just 2.7 seconds.

Despite the phenomenal performance, the Model S looks rather conventional and higher grade models share their appearance with the more pedestrian (but still quick) base models, such as the 75 and 90D.

To remedy this, Prior Design has a bodykit that gives the S some sharp looks and attitude to go with its capabilities. 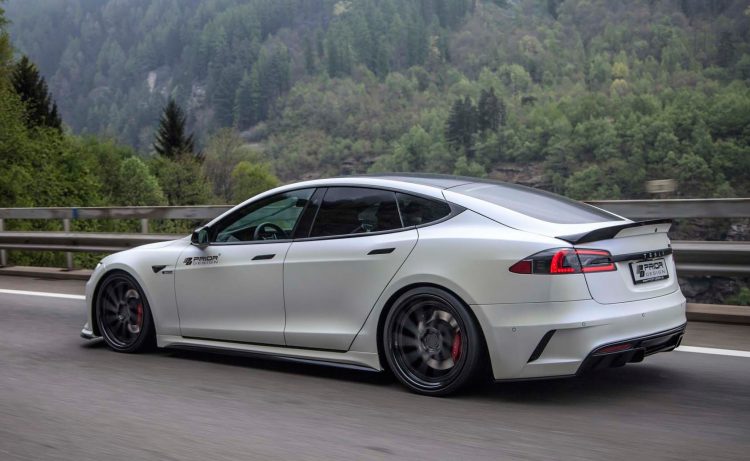 Included is an aggressive yet subtle front valance, with wide openings and downforce-increasing diffuser, side skirts and a rear spoiler.

The car is significantly lower thanks to a H&R lowering module, plus a set of 21-inch PD5 rims shod with staggered 245/30 front and 295/25 aspect rear tyres for that beefy, muscular look. The interior also gets some much needed attention with some bespoke Nappa leather replacing the standard seats.

Check out the pictures below. Do you think it adds some flair to the Model S? Tell us your thoughts below.