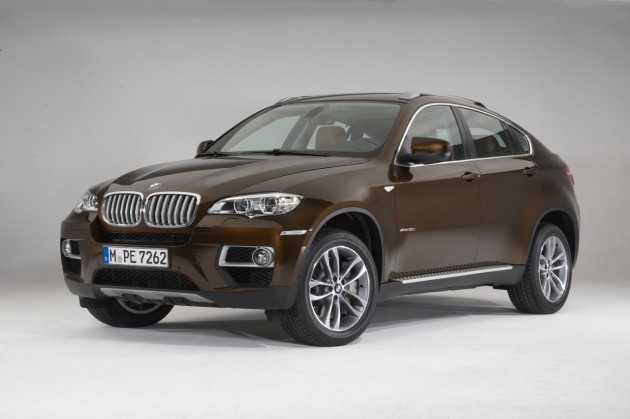 Only minor tweaks have been made to the BMW X6 for the update. It comes with a slightly revised front bumper bar with relocated and redesigned spot lights, now featuring matt surrounds.

Also at the front, there’s optional new LED headlights, and more angled lower bar sections that emphasise the traditional BMW centre grilles. The bottom of the grille now runs more consistently with the lower edge of the headlights too for a wider, horizontal flowing look.

Under the bonnet, the same engine packages remain. Starting with the xDrive30d, it features a 3.0-litre straight six turbo-diesel producing 180kW, while the higher output xDrive40d produces 225kW.

There’s also two petrol version, starting with the xDrive35i, featuring the 3.0-litre turbocharged straight six producing 225kW, and the flagship model, the xDrive50i, which gets the un-tuned version of the M5 4.4-litre twin-turbo V8, producing 300kW.

The 2012 BMW X6 facelift will go on sale in Australia just after the middle of this year.