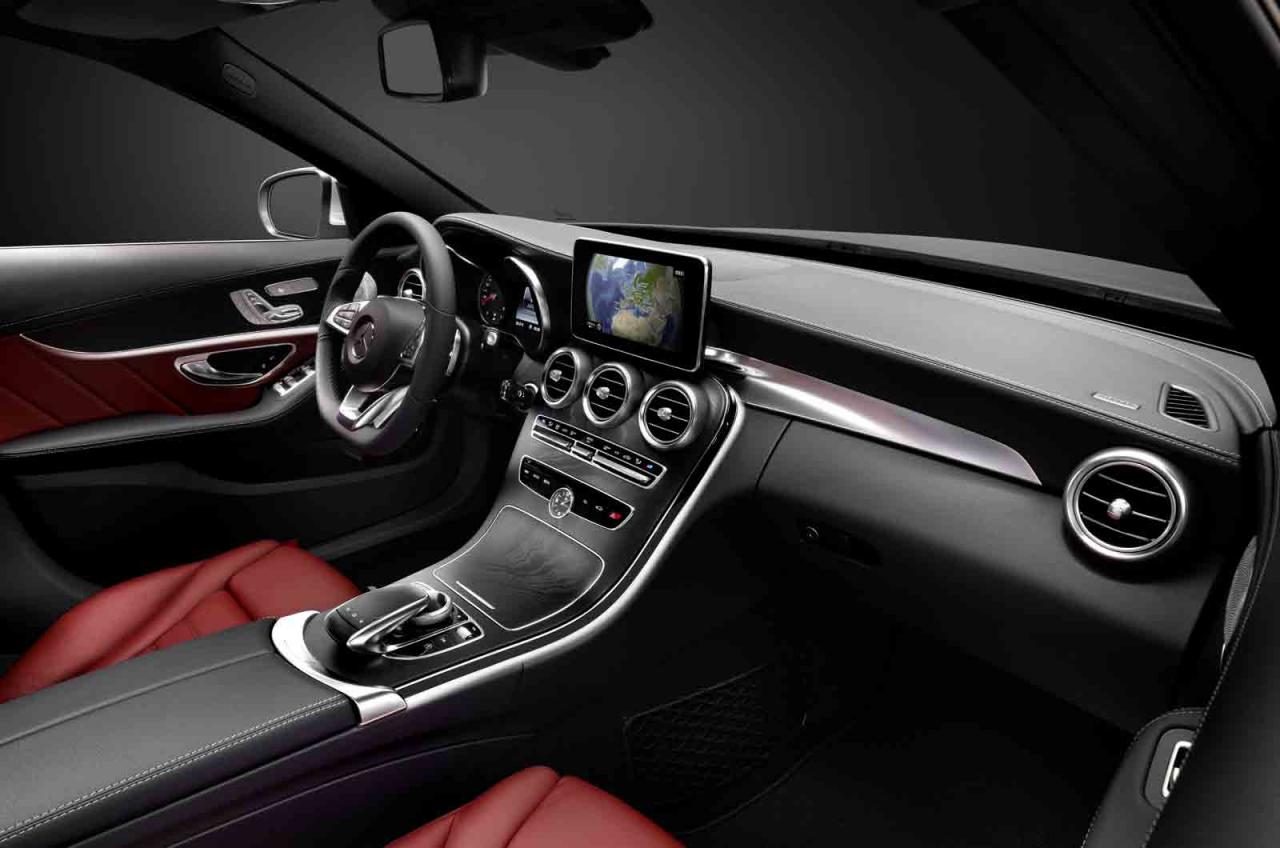 The interior of the upcoming 2014 Mercedes-Benz C-Class has been officially unveiled, as the company builds anticipation for the new model’s debut at the Detroit auto show in January. 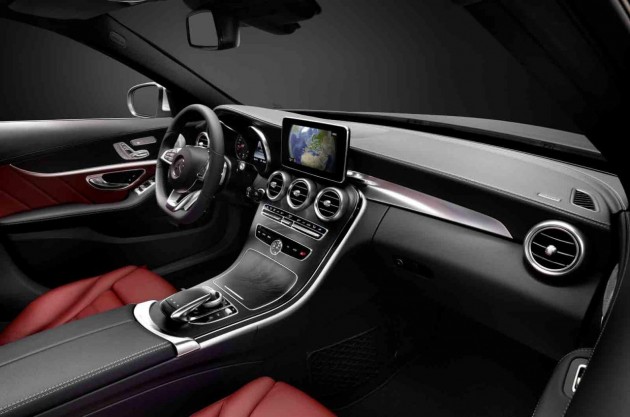 Showcasing the company’s latest interior styling theme, the new C-Class looks as though it will go for a much more modern and up-market character.

All variants will come with a 7.0-inch infotainment display sitting atop the dash, while an 8.4-inch version with a touch controller will be optional. Head-up display is also set to become part of the options list. 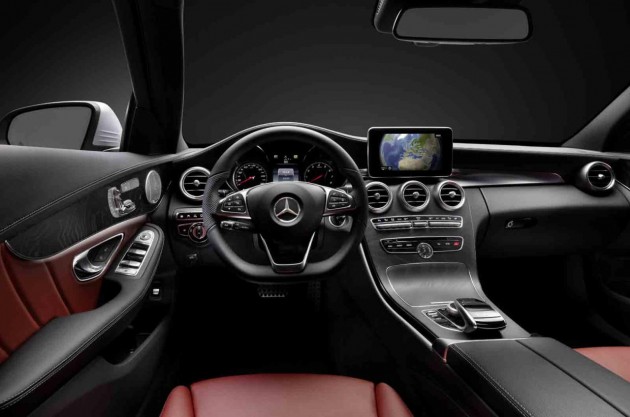 As for advances in technology, the 2014 C-Class will come with a special front passenger seat which is able to detect if a child seat is in place and then disengage the airbag to avoid potential dangers.

It will also come with a unique air-conditioning system that is able to detect if the car is about to enter a tunnel, via the on-board GPS. When the car enters a tunnel, the AC automatically switches to recirculation mode so the cabin isn’t filled with the often polluted air inside tunnels.

Full specifications and engine options are yet to be announced. It’s understood Mercedes has shaved around 100kg from the car’s weight, which should help to improve performance and reduce fuel consumption.

Stay tuned for plenty more updates in the lead-up to the North American International Auto Show unveiling. It all starts January 13.