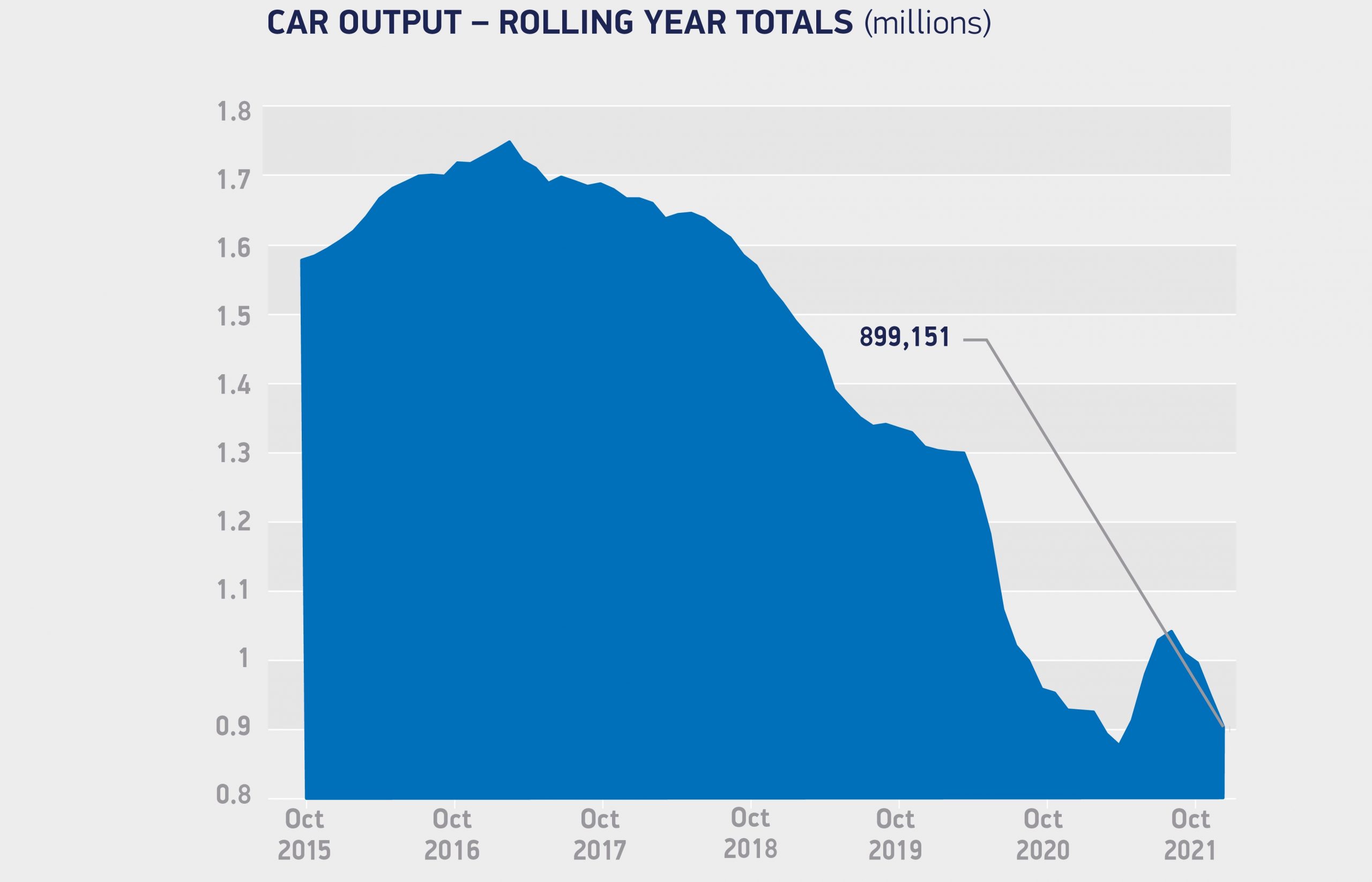 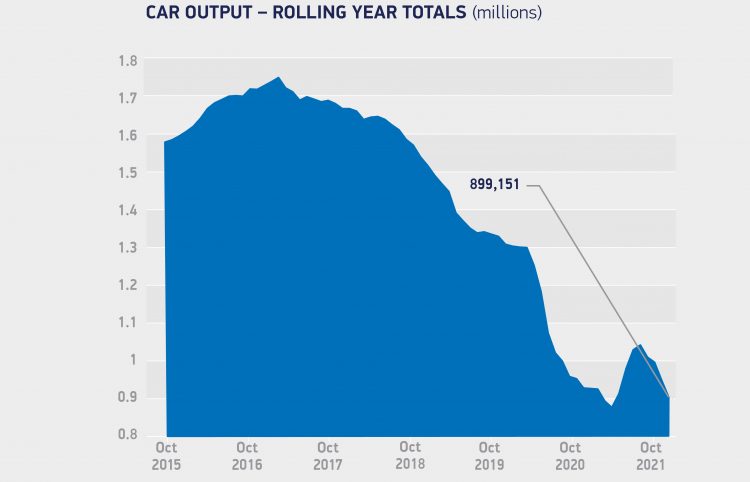 The data comes from the Society of Motor Manufacturers and Traders (SMMT), reporting just 64,726 units produced throughout the month.

It’s worth noting that a 41.4 per cent drop on October 2020’s sales figures is perhaps more aggressive than the initial figure might sound, considering that consumers and automakers were still contending with the impact of COVID-10 last October as well.

SMMT says that the numbers translate to the fourth consecutive month of declining vehicle production in the UK while marking the single-weakest October since 1956. This is in the wake of wide-scale production stoppages stemming from semiconductor shortages brought on by implications of the pandemic.

Analysts have previously estimated that the global semiconductor shortage could cost the automotive industry as much as $60 billion in lost sales, added production costs and plant slowdowns and closures.

To make things worse, the UK’s vehicle production numbers, even compared with last year’s figures, have been worsened by the closure of a major UK car plant in the end of July. It could have an impact on production numbers for up to 12 months, SMMT says.

Interestingly, the data shows that 30.9 per cent of all the vehicles produced throughout October were either hybrid electric, plug-in hybrid or pure electric vehicles, signalling strong and growing demand from the UK’s public for electrified vehicles. SMMT’s chief executive, Mike Hawes, said:

“These figures are extremely worrying and show how badly the global semiconductor shortage is hitting UK car manufacturers and their suppliers. Britain’s automotive sector is resilient but with COVID resurgent across some of our largest markets and global supply chains stretched and even breaking, the immediate challenges in keeping the industry operational are immense.”