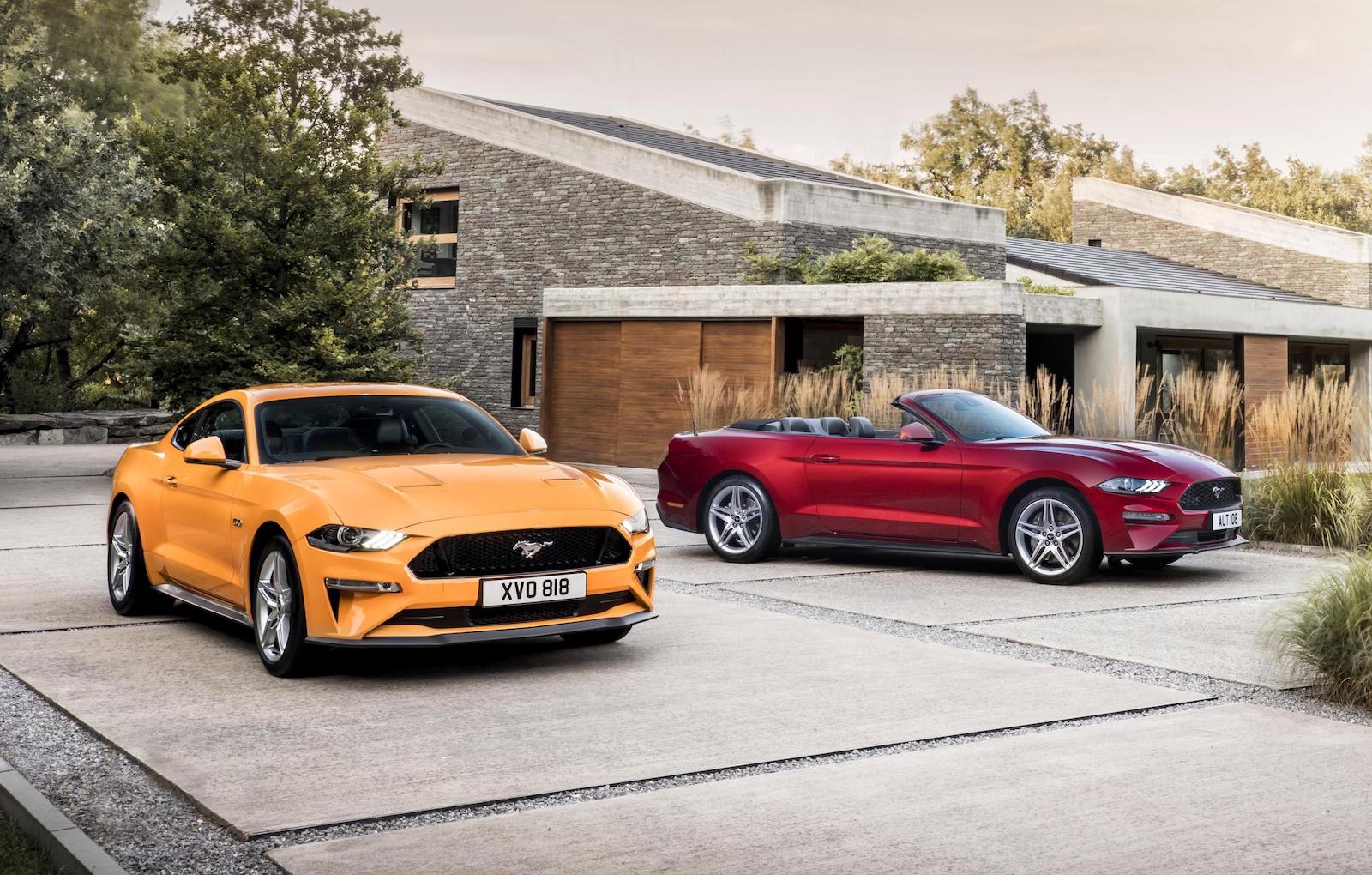 Ford has used the 2017 Frankfurt motor show to unveil the facelifted 2018 Mustang in European specification. This is likely the version Australia will get next year. 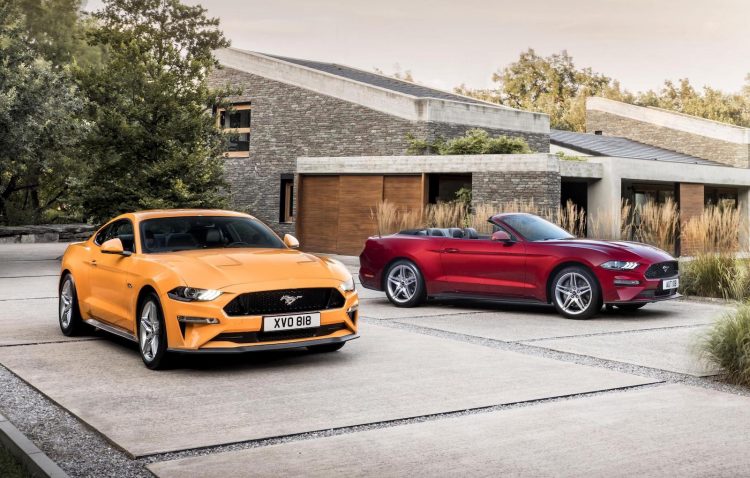 Adopting the same design tweaks as the US model update revealed earlier this year, the Euro-spec 2018 model gets slimmer headlights, a revised front bumper bar and new vents and intakes, and a new, lower bonnet profile with integrated vents.

At the rear you’ll notice a redesigned bumper bar and diffuser area, with standard quad-outlet exhaust pipes for the V8 version (up from two outlets). A boot spoiler has also been developed and will be available as an option.

In the engine department, the 2.3-litre turbocharged petrol four-cylinder has actually lost power, dropping from 233kW to 213kW. This is due to tightened emissions regulations, however, Ford says the updated unit offers improved response and an overboost function.

As for the favourite variant, power has been lifted for the GT and its 5.0-litre V8, from 313kW to 331kW (Ford obviously loves 3s in power figures). This is thanks to a higher rev limit, and the adoption of both direct and port fuel injection. It says low-end torque has been improved as well. 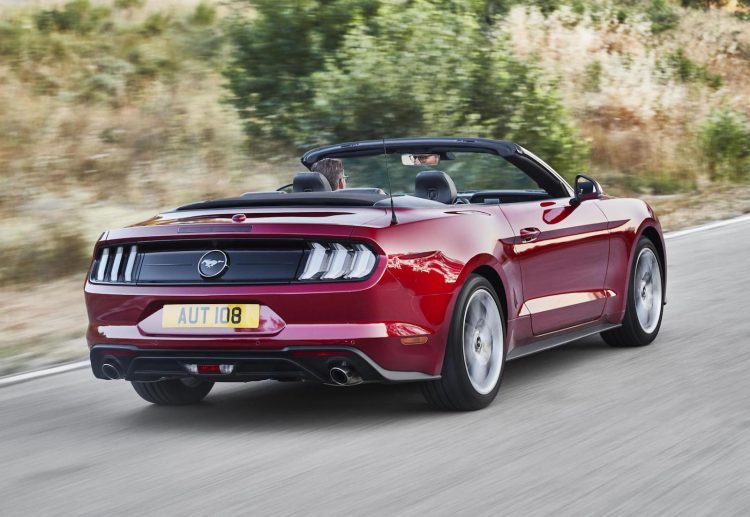 For the first time, the Mustang is offered with a bi-modal exhaust allowing the driver to choose a louder and fuller note or a quieter sound. In fact, Ford calls the latter setup the “Good Neighbour Mode”.

Perhaps the biggest news of the 2018 Mustang is the introduction of a 10-speed automatic. Ford says this unit helps with acceleration and fuel efficiency. Its behaviour changes with the various drive modes the driver can select from.

Inside, Ford has implemented a fully digital instrument cluster option, borrowing the technology and graphics from the new Ford GT supercar. Ford says the 12-inch display presents industry-first, video-game-style animation when the Electric Line Lock function is activated. The dash gets the latest SYNC 3 infotainment suite as well.

Deliveries for the 2018 Mustang will commence in Europe in 2018, with Australia likely to follow about the same time.