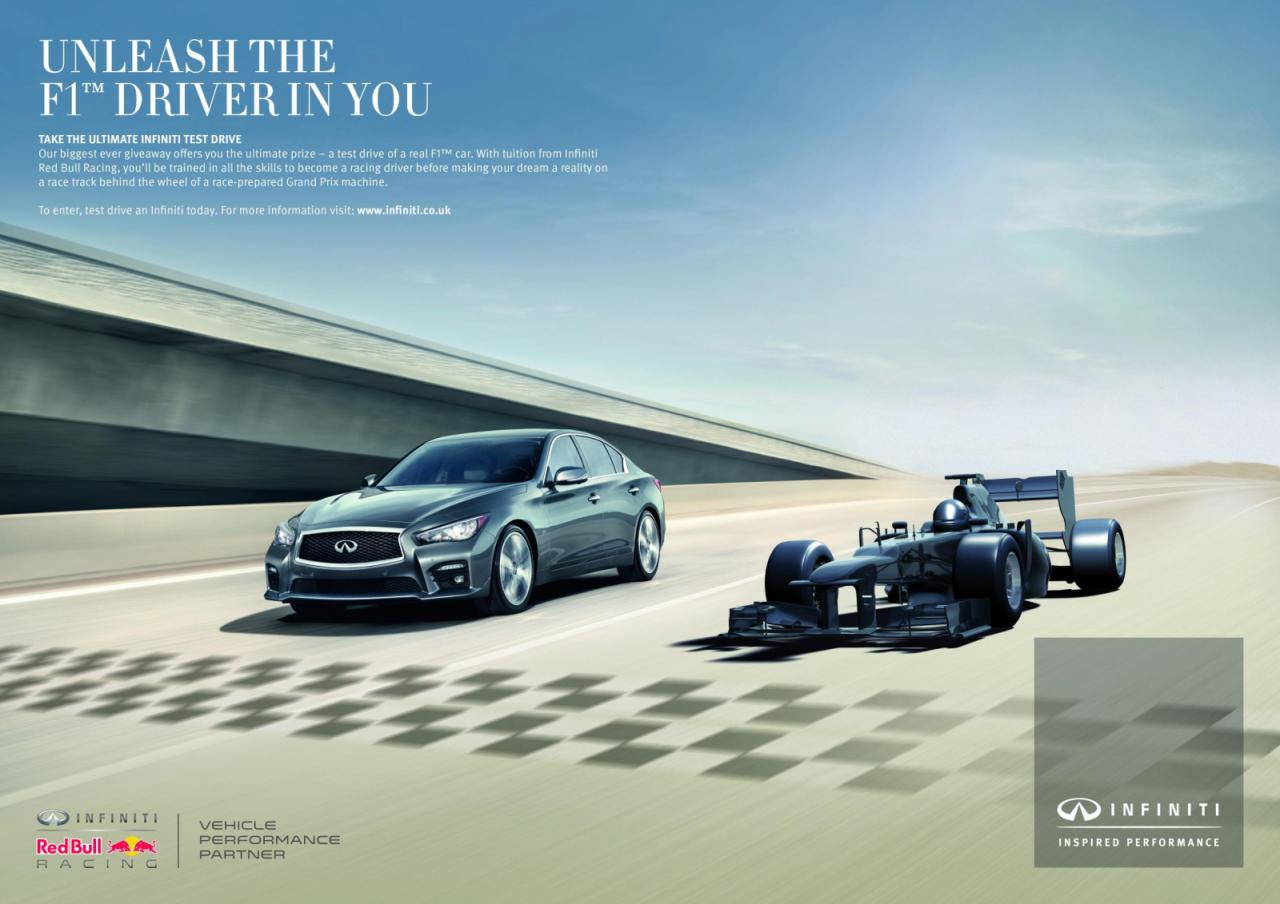 Ever wanted to take an F1 car out on the track? Of course you have. Infiniti has just launched its ‘Ultimate Test Drive’ promotion which will take one lucky person all the way to Dubai where they will be able to pilot arguably the greatest piece of automotive machinery ever designed for the track; an F1 car. 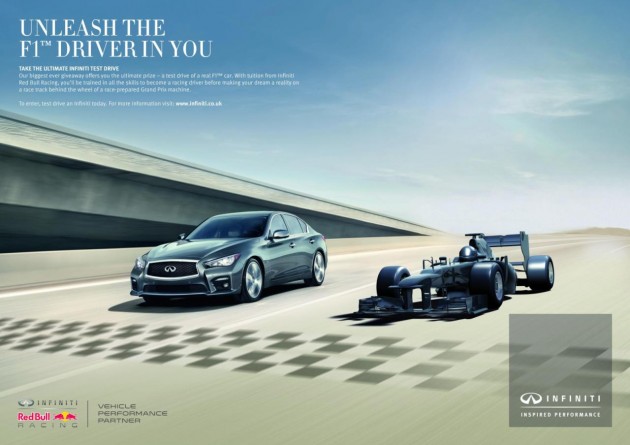 First and foremost, the competition is open only to residents of the UK, but the good news is you don’t need to buy a brand new Infiniti; just take it for a test drive and you’ll automatically be entered into the draw.

The list will be narrowed down to just 25, all of which will be assessed by a panel of judges on their car control and driving ability, before the winner is chosen.

The winner will then train on Red Bull’s F1 simulator in Milton Keynes, then straight to Dubai for teaching under Redbull’s F1 driver Daniil Kvyat. Carl Bayliss, country manager at Infiniti UK, said:

“Never before has Infiniti offered a prize of this calibre and we are delighted to be able to reward potential and existing customers with an opportunity like this. Our partnership with Infiniti Red Bull Racing has helped us to emphasise the performance part of our DNA, so offering one winner the chance to experience the ultimate test drive is a real testament to our own Inspired Performance.”

As if the deal wasn’t sweet enough, the winner and a guest will then be hosted by Infiniti’s VIP hospitality at the Abu Dhabi F1 Grand Prix.