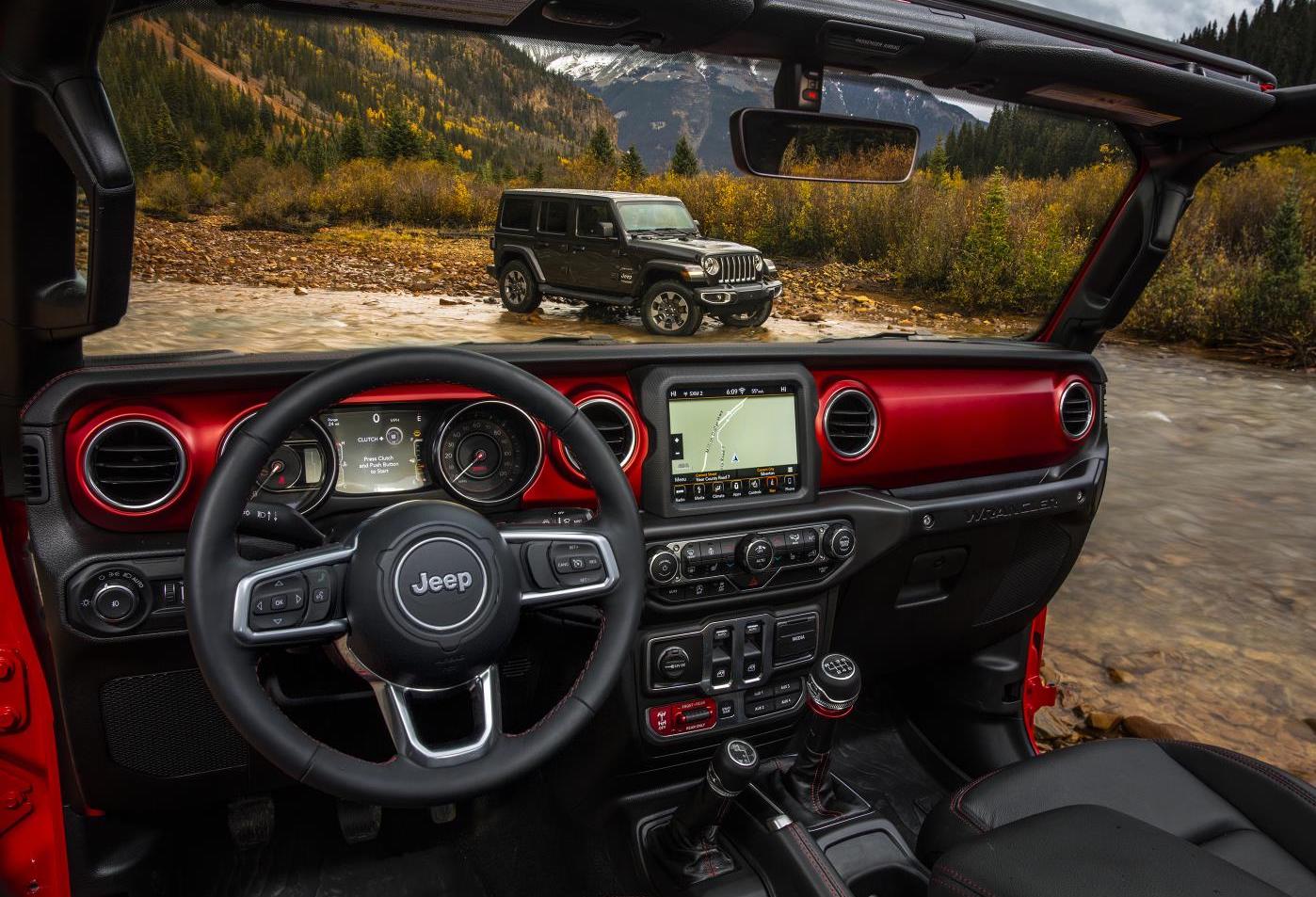 Following some exterior images last week, Jeep has now unveiled the interior of the all-new 2018 Jeep Wrangler off-road SUV. It makes its full debut at the LA auto show later this month. 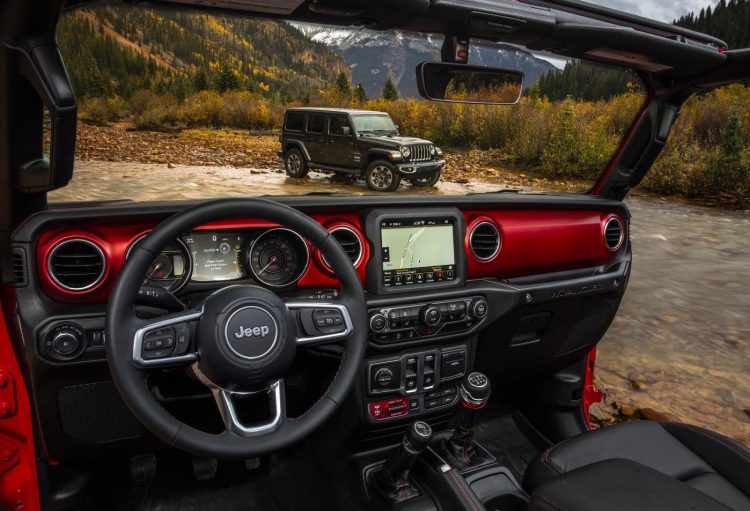 Most of the details of the new Wrangler have already surfaced, except the nitty gritty specifics about the new engine options. We know, from a leaked user manual, that buyers will be offered a 3.6-litre V6 petrol and a 2.0-litre (likely turbo) four-cylinder petrol.

In these latest images we get a good look at the interior. The dash design is restyled from the outgoing model while keeping with tradition in overall layout, with some flashy new colour trim options, and a Uconnect touch-screen media interface sitting in the prime position.

There’s also some relocated climate vents and a much neater and more modern climate control module down below. Further down is the power window controls, and under that the drive modes for the four-wheel drive system. 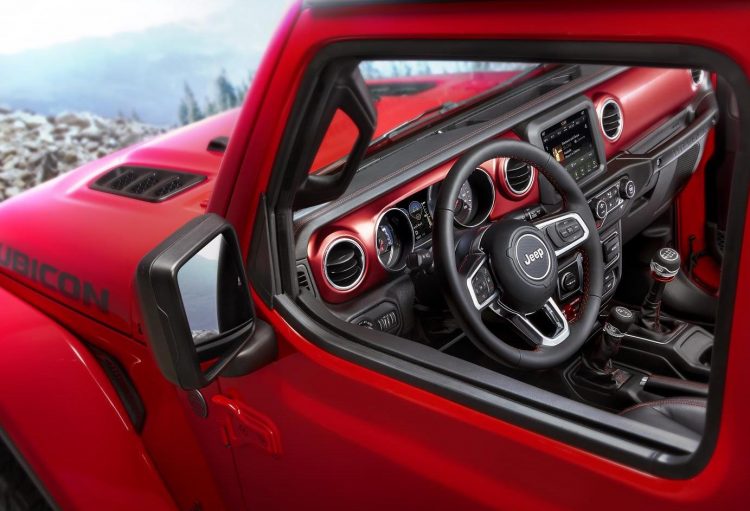 As you can also see, a six-speed manual will be offered, with a separate transfer case with high and low range. A new eight-speed auto will be offered as an option for the first time, replacing the outgoing five-speed auto. Speaking about the interior, Jeep said:

All will be revealed – unless more snippets are trickled out in the meantime – on November 29 at the start of the Los Angeles auto show. 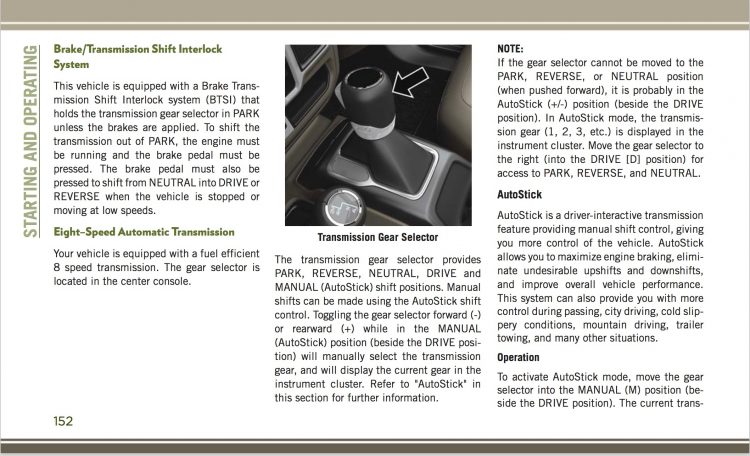