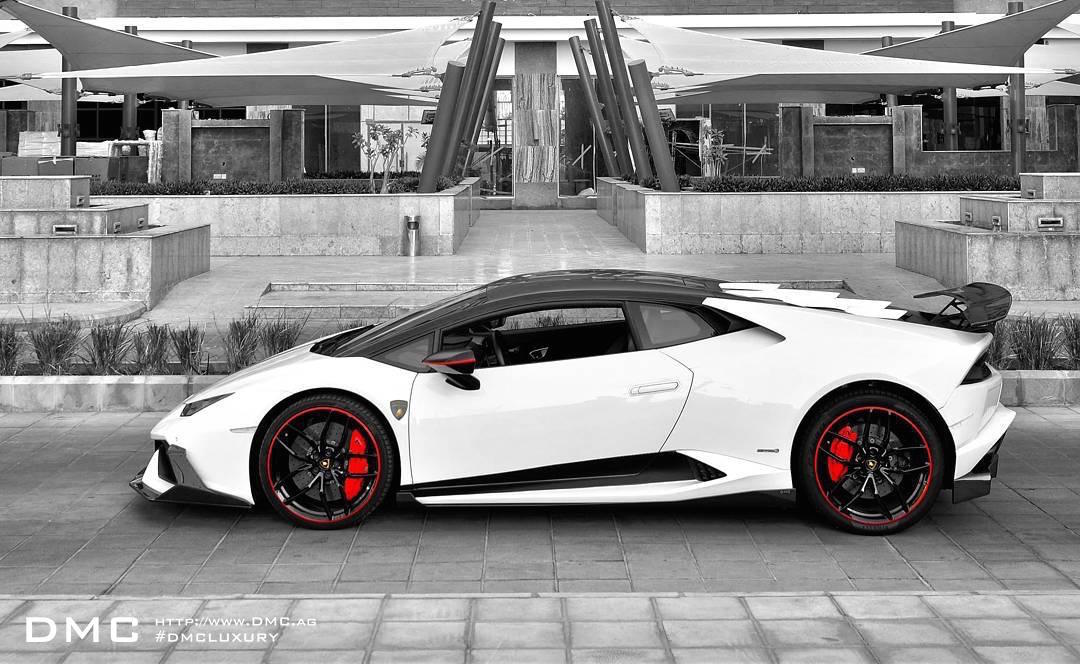 If, for some reason, you aren’t happy about the styling or performance of your new Lamborghini Huracan, German tuner DMC has come up with what could be the perfect solution. 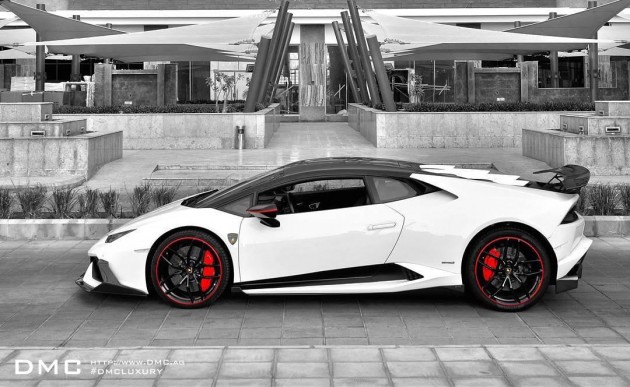 Starting with the engine enhancements, the company has devised a computer-based tweak that lifts output from 448kW to 463kW. It’s not a great deal but it should help the 5.2-litre V10 supercar dip below its 3.2-second 0-100km/h time.

We’ve heard plenty of criticism about the Huracan’s styling, with cynics saying it doesn’t look special or dramatic enough. Well, for those naysayers maybe the DMC styling kit will suffice?

The latest package, called the stage 3 kit, uses the best parts from the stage 1 package while adding a big adjustable rear wing with City Cruising, GT Track, and Fun Mode settings. Each of these angles has been wind tunnel and CFD tested, DMC says. In fact, buyers receive a 10-page PDF file outlining the technical specs of the wing.

The wing also comes with a bespoke base deck panel underneath which is apparently stronger than the standard Lambo item. This eliminates the need to drill holes in the exquisite supercar too, in order to fit the wing above.

Also included in the aero pack is a chunky rear diffuser that increases high-speed stability, taken from the stage 1 kit, as well as an all-new front lip spoiler with side flaps, and side skirts. It’s all made from dry carbon fibre for pure lightness and strength.

Lastly, for buyers that aren’t happy with the factory wheels, DMC offers a 20- and 21-inch combination, with the fronts measuring 8.5 inches in width while the back are a whopping 12 inches wide and wrapped in 325/25 tyres. 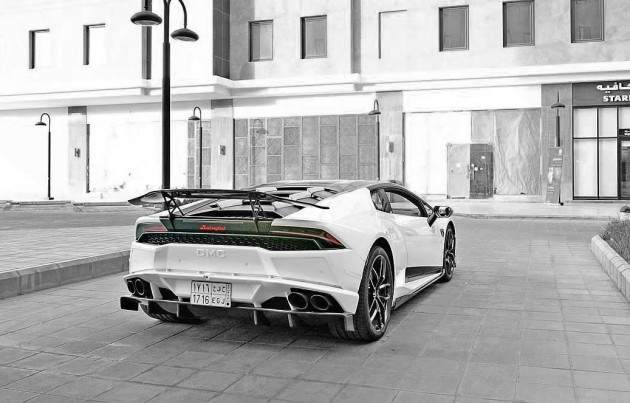 Buyers can also select between a range of interior trim packages if they desire, from Ostrich and Stingray leathers to carbon fibre trim packages. Overall, this seems like a big yet neat step from the factory Huracan. What do you think?