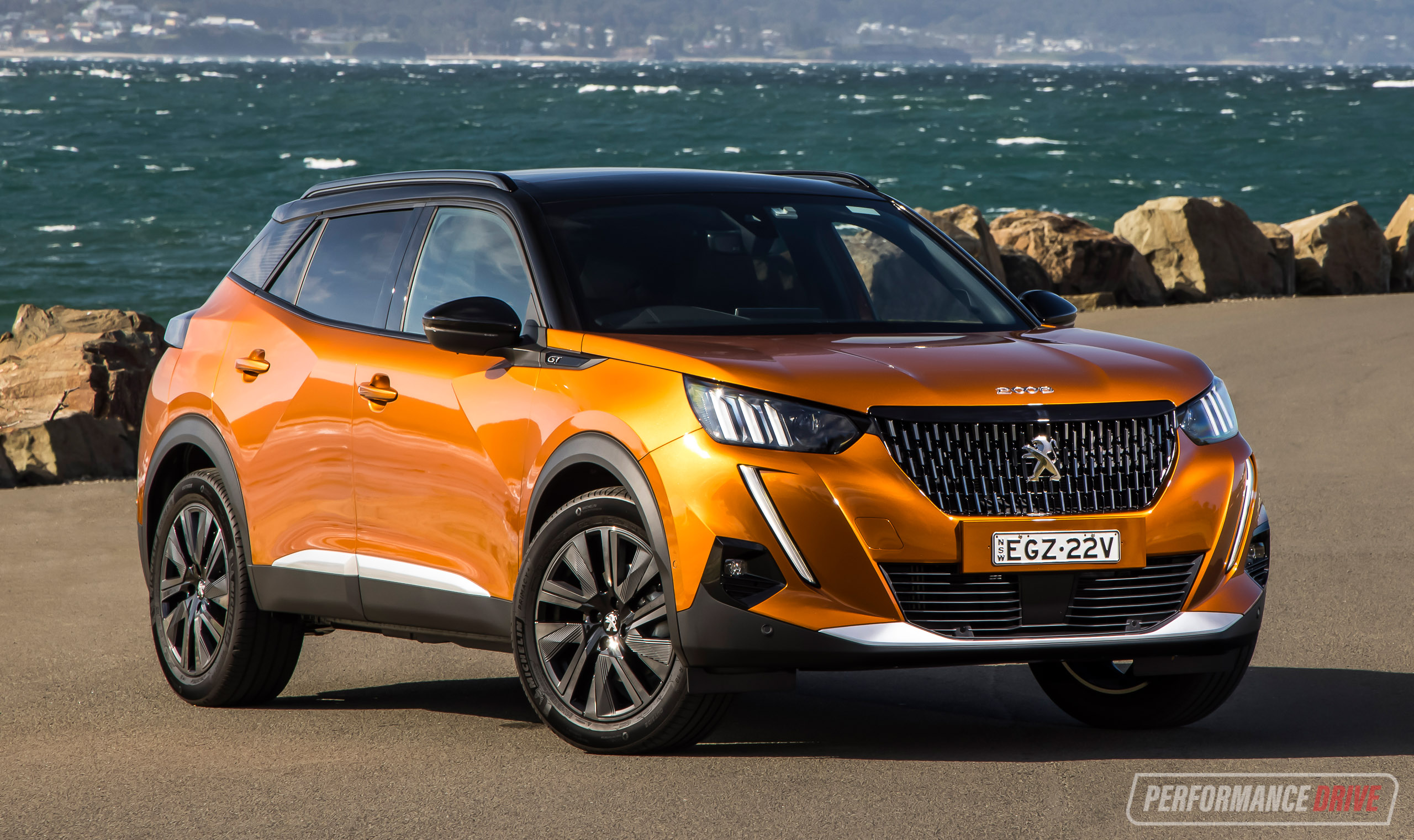 Standing out in the small SUV segment like a suave Frenchman sipping a café serré, the all-new 2021 Peugeot 2008 could be the refreshing change you’ve been waiting for. We’re here at the Australian media launch event to see what it’s like. 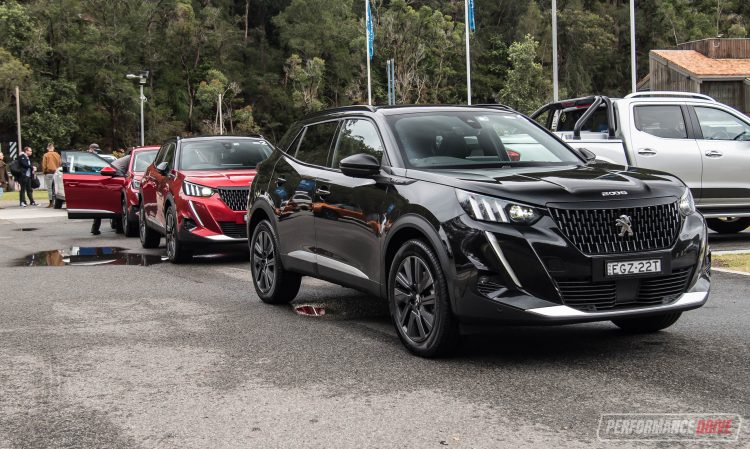 The new 2008 is the first Peugeot in Australia based on Peugeot-Citroen’s fresh Compact Modular Platform (CMP), also shared with the new 208 – not (yet) available in Australia. It’s modular because not only can it adapt to different sizes and accommodate differential vehicle styles, the platform has also been engineered from the get-go to support electrified powertrains. Such technology is set to roll out in many of Peugeot’s products over the next couple of years.

For now, Peugeot Australia is offering two powertrains and two trim levels for the 2008. There’s the Allure and the GT Sport (called the GT in Europe), and both, confusingly, feature a different 1.2-litre turbo-petrol three-cylinder engine. Prices for the Allure start from $34,990, while the GT Sport kicks off from $43,990 (excluding on-road costs).

Peugeot is calling this a ‘soft launch’, mainly because customer deliveries aren’t set to begin until around December. Following this media event, a small number of 2008 vehicles will go on a road show around the country and stop off at various dealerships so customers can take a peek. More stock is expected to flow through during the start of 2021. 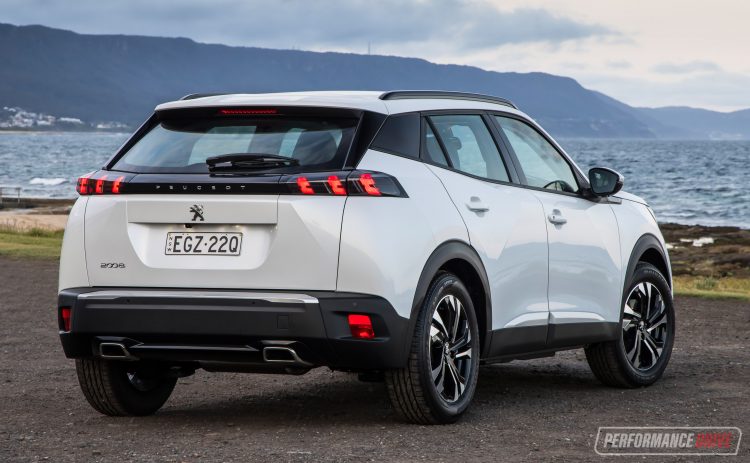 Peugeot Australia says it has pulled in a lot of equipment that’s otherwise optional in Europe and made it standard for the local specification. This does explain those fairly high starting prices. We like to suggest that Peugeot sits somewhere in between premium and non-premium, although it is officially categorised as non-premium by the Federal Chamber of Automotive Industries.

You only need to take a glance as the sharp and sophisticated exterior to see what we mean. This is a very interesting and stylish little package, for this type of vehicle anyway. At the front you’ve got the company’s latest upright grille with complex, 3D-effect mesh in the middle, supported on either side by the new-look claw headlights with a separate vertical LED strake that makes it look like it’s been in a cat fight.

We what like about the design most is that it is very distinctive. A lot of SUVs on the market at the moment are starting to look pretty similar, particularly in the premium classes. But this really stands out as something unique. The rear end doesn’t finish quite as well in our opinion, largely due to the protruding bumper bar which looks like the bottom lip on a sooky child. A similar three-slash claw design is carried over for the taillights, which, again, provides distinction against the rivals. And they do look rather sporty. 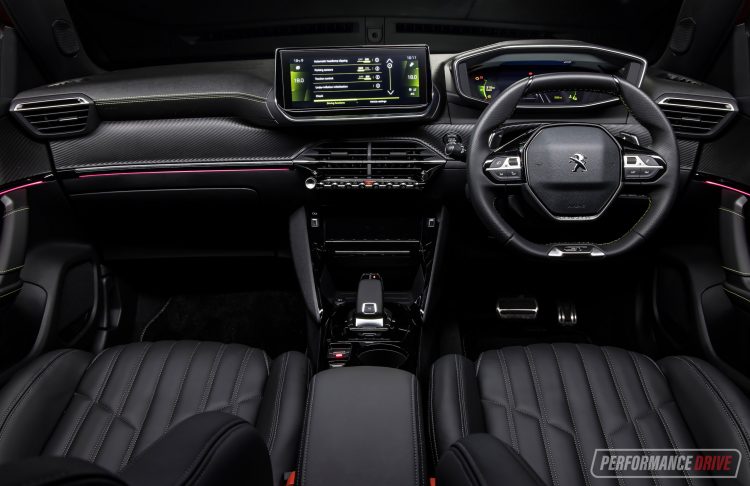 The interior is filled with premium-feeling surfaces and fixtures, and although Peugeot tries to suggest the layout is minimalist, it’s actually pretty busy and animated. Only a handful of physical buttons are spread across the middle of the dash though, with a handy flip-down storage pocket in the main fascia which features a mobile phone trestle. In the top GT Sport that storage area contains a wireless phone charger bed.

Further up, both models in Australia come with Peugeot’s latest touch-screen media interface, measuring 7.0 inches on the Allure and 10 inches on the GT Sport. The GT Sport presents capacitive touch buttons across the top of the main climate buttons too, allowing you to jump to various menus within the screen quickly and easily. Its i-Cockpit digital instrument cluster is shared on both. We’re guessing the digital cluster is an option or not even available on the entry models overseas, and in that sense this could be where some of the value is hidden.

Passenger space is really respectable for this class, and there is a good sense of freedom to move about. Even rear passengers will feel quite comfortable as legroom seems to stack up well against the competition. Unfortunately there are no climate vents on the back of the centre console, but there is a couple of charing ports. And then right at the back the boot offers 434L of volume, opening up to 1467L with the rear seats folded down flat. According to Peugeot, this is the largest boot in the class. 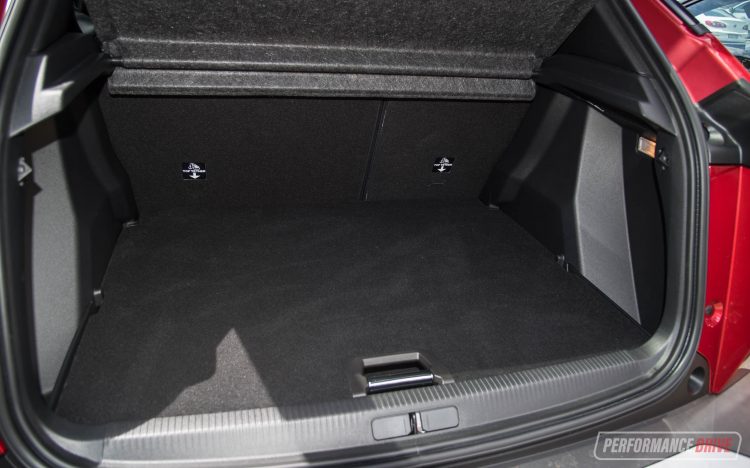 Little European hatchbacks and SUVs almost always come with an interesting engine. And that sentiment is carrying through with the 2008. Under the bonnet in both models you’ll find an excitable 1.2-litre turbo-petrol three-cylinder. In the Allure it produces 96kW and 230Nm, while the GT Sport develops 114kW and 240Nm. Peugeot says there are some big differences for the higher output unit, and there are some clues of more advanced tech. For example, the GT Sport’s official average consumption is stamped at 6.1L/100km, while the lower-output unit is rated at 6.5L/100km. Also, the combined emissions output is 138g/km in the GT, and 148g/km in the Allure.

Some of this can be attributed to the eight-speed auto found in the GT Sport, over the six-speed auto in the Allure. Out on the road, the Allure goes quite well. Especially when it’s up and galloping. We noticed that when you suddenly call for more oomph, the transmission conducts a big kick-down moment. Over in the GT Sport, with that tiny bit of extra power and torque, the engine seems to be able to pull through the higher gears a tad easier. That’s also due to each gear offering a shorter and punchier ratio. Even when you persist prodding the accelerator, the eight-speed does kick-down in a smoother and quicker fashion. 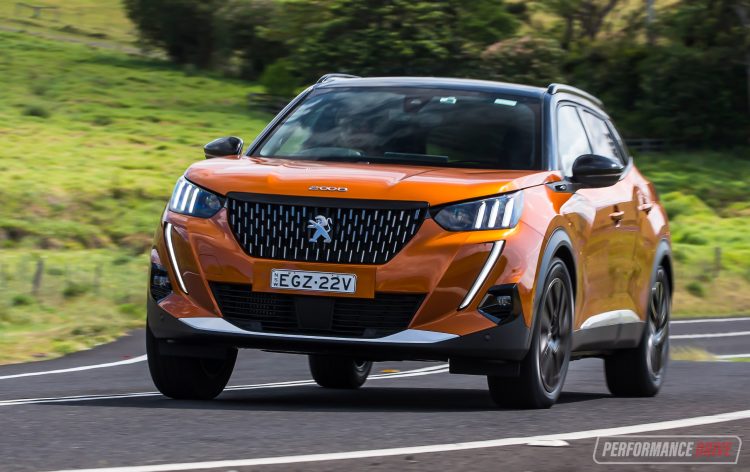 The 2008 is fun to drive down a mountain road. It eagerly turns in and holds its line with surprisingly high confidence. Road-holding is also great, and the rear end, despite featuring a basic torsion beam suspension setup, doesn’t pogo around over bumps. Peugeot’s notoriously small steering wheel is designed so less effort is needed to make a turn, however, we find it quite finicky and less-than-relaxing. We suppose you’d get used to it after extended ownership.

Peugeot has provided a taut yet absorbent ride quality for the 2008. There hasn’t been any Australian-specific tuning, but after our quick test drive, we liked it. It feels sporty and energetic, which is refreshing in a world of humdrum and emotionless crossovers and SUVs. Add that characterful three-cylinder note into the mix and you’ve got yourself a decent little driver’s car. 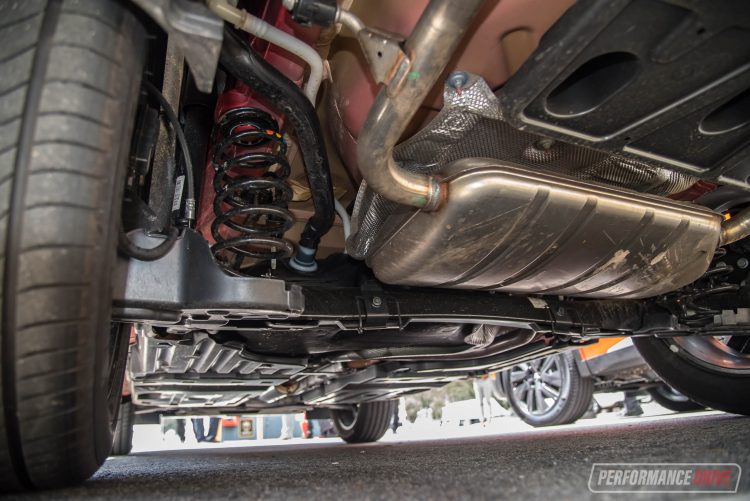 The small SUV market segment is flooded with options at the moment, and some of them are starting to overlap each other, almost becoming indistinguishable. What the Peugeot 2008 does is bring a touch of class, sophistication and genuinely interesting design themes into the bullpen. While the prices are quite high for its class, you do get a lot of kit and advanced technology as standard, including enough of the latest safety gear to pass Europe’s five-star NCAP credentials.