There’s been a lot of hype and interest surrounding the new BMW 1 Series M Coupe, especially lots of concern about whether it is worthy of the M badge and how it compares against the BMW M3. This video certainly settles that argument. 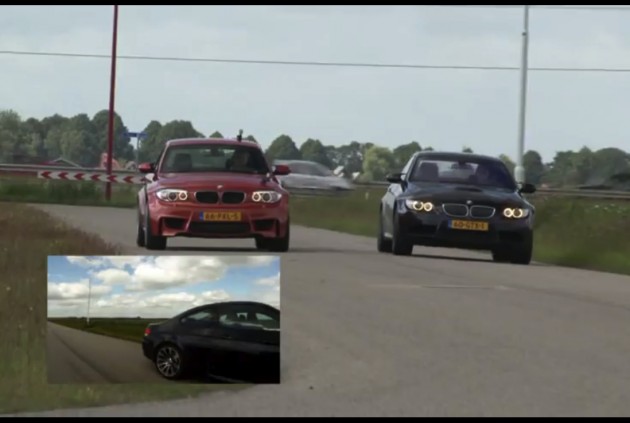 The BMW 1 Series M Coupe isn’t set for an Australian launch until the end of August, even so, the international press have already got their hands on the new coupe, and, by the looks of it, some have been just as curious as us when it comes to how the new 1 M shapes up against the BMW M3.

This recently uploaded video has just appeared on Driving-fun.com‘s YouTube channel comparing the BMW 1 M Coupe to some of the current and past greats of the BMW M stable.

The comparison isn’t in English but it doesn’t really matter, high-revving horsepower and good ol’ drag racing sounds and looks the same no matter what language it’s in.

The racing happens at the following times in the video if you want to fast forward to the action:

However, there are some interesting acceleration and high speed tests of each car in between the races. Take a look below, and tell us, which car would you prefer? Putting prices aside.