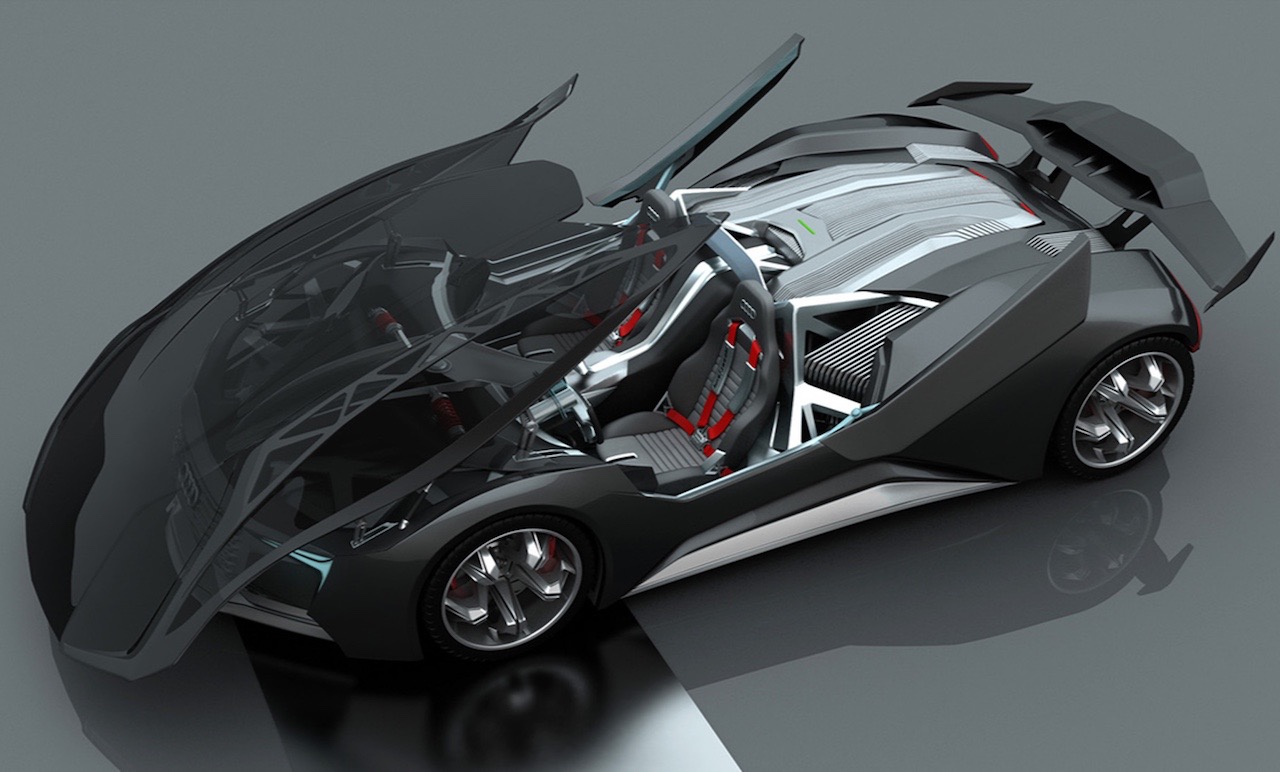 Welcome to the Audi Mesarthim F-Tron concept, a car that could open the floodgates to nuclear powertrains of the future. The name Mesarthim is a reference to the Mesarthim system in the Aries constellation. 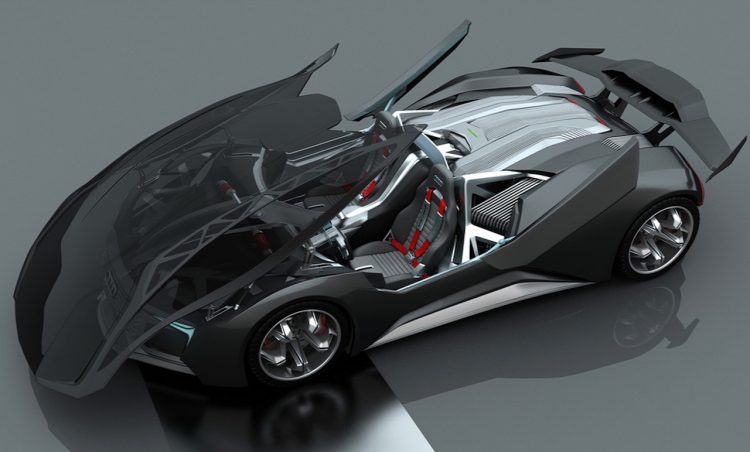 While no power output specs have been confirmed, it is an exciting stride into new energy sources. The concept is not an official concept designed by Audi, rather the product of a Russian designer named Grigory Gorin, who says the Mesarthim F-Tron concept is designed to “draw attention to nuclear fusion and a possibility to use it as a safe and environmentally-friendly energy source”.

Nuclear power has long been recognised as an efficient method of energy production, and the F-Tron’s designer says the concept implements unlimited power and minimal or no impact on the environment, while using native processes inside stars, namely, nuclear fusion.

As Gorin points out, the process of nuclear fusion creates a very large amount of energy from almost nothing. It is his company’s intention to harness the power of a nuclear fusion reaction in a contained, dynamic environment such as a car. 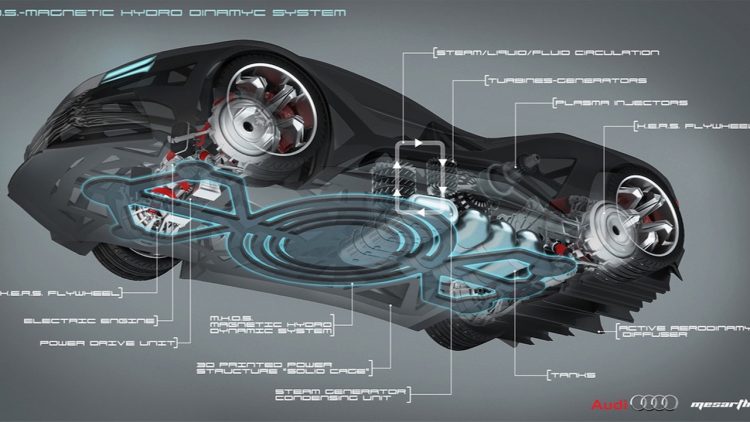 The design plans show a mid-engined layout in typical dramatic supercar fashion, with the reactor, plasma injectors and high voltage power-sources located behind the driver and passenger, similar to some exotic supercars.

Put quite simply, the resulting reaction creates steam, which spins a turbine charging a high-capacity generator. The generator then supplies charge to a battery pack, which sits at the front of the car. Current is then transferred to electric motors sitting at all four wheels, propelling the car.

The F-Tron concept is a high-tech machine with a ‘solid cage’ frame 3D printed from high-strength metal alloys, reinforced by polymers, and a Magnetic Hydro-Dynamic chassis control system located on the underbody, which can create downforce and manage chassis movements during harsh driving.

Sadly, there’s no further word from Russian designer Grigory Gorin on our chances of seeing this concept materialise.