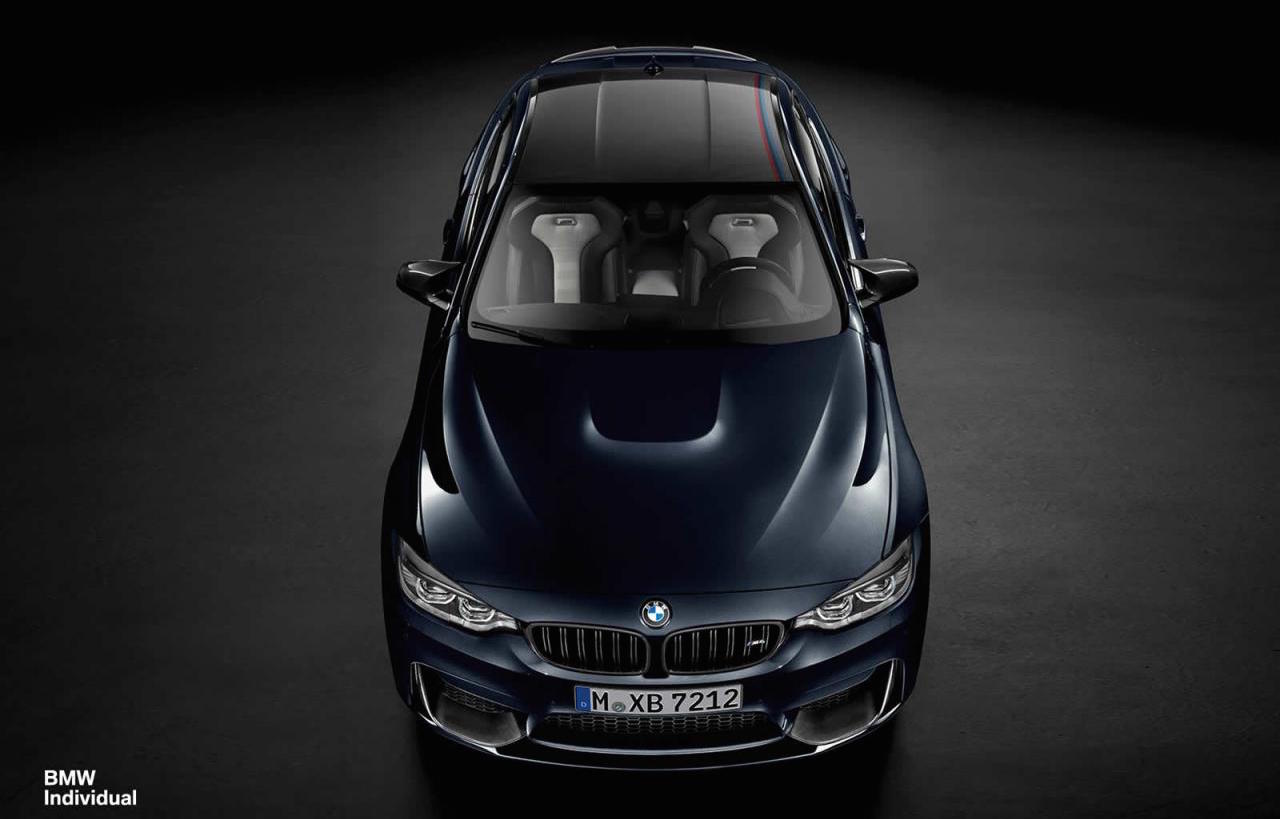 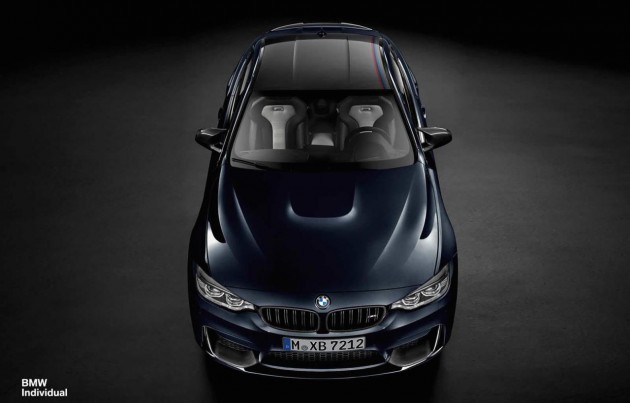 BMW Individual is the brand’s in-house customisation department. This is where you can option for all kinds of interesting and exclusive accessories and features. For the special edition M4, it’s loaded with such possibilities.

Firstly, the body is painted in a special Macao Blue metallic colour scheme. This is contrasted with various black highlights, such as the front grilles and lower spoiler area. The exterior also shows off some traditional M stripes on the carbon roof.

Inside, the attention to detail is lifted up a notch. There’s fine-grain Merino leather for the seats, along with two-tone black and Silverstone with contrast stitching and 25th anniversary logos for the headrests.

A number of accessories are also added in, including a leather-wrapped M handbrake, carbon dash trimmings and various Macao Blue highlights to match the deep exterior.

BMW Individual doesn’t usually offer mechanical enhancements as that’s left to the M Performance department. In this case, the M4 is left with its usual 3.0-litre turbocharged inline six engine developing 317kW and 550Nm. But that’s hardly a bad thing. 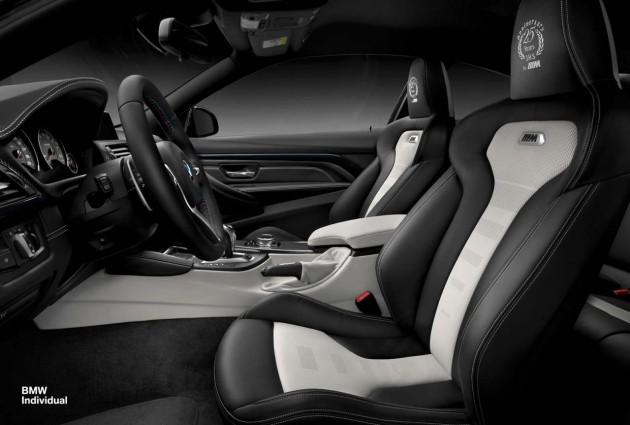