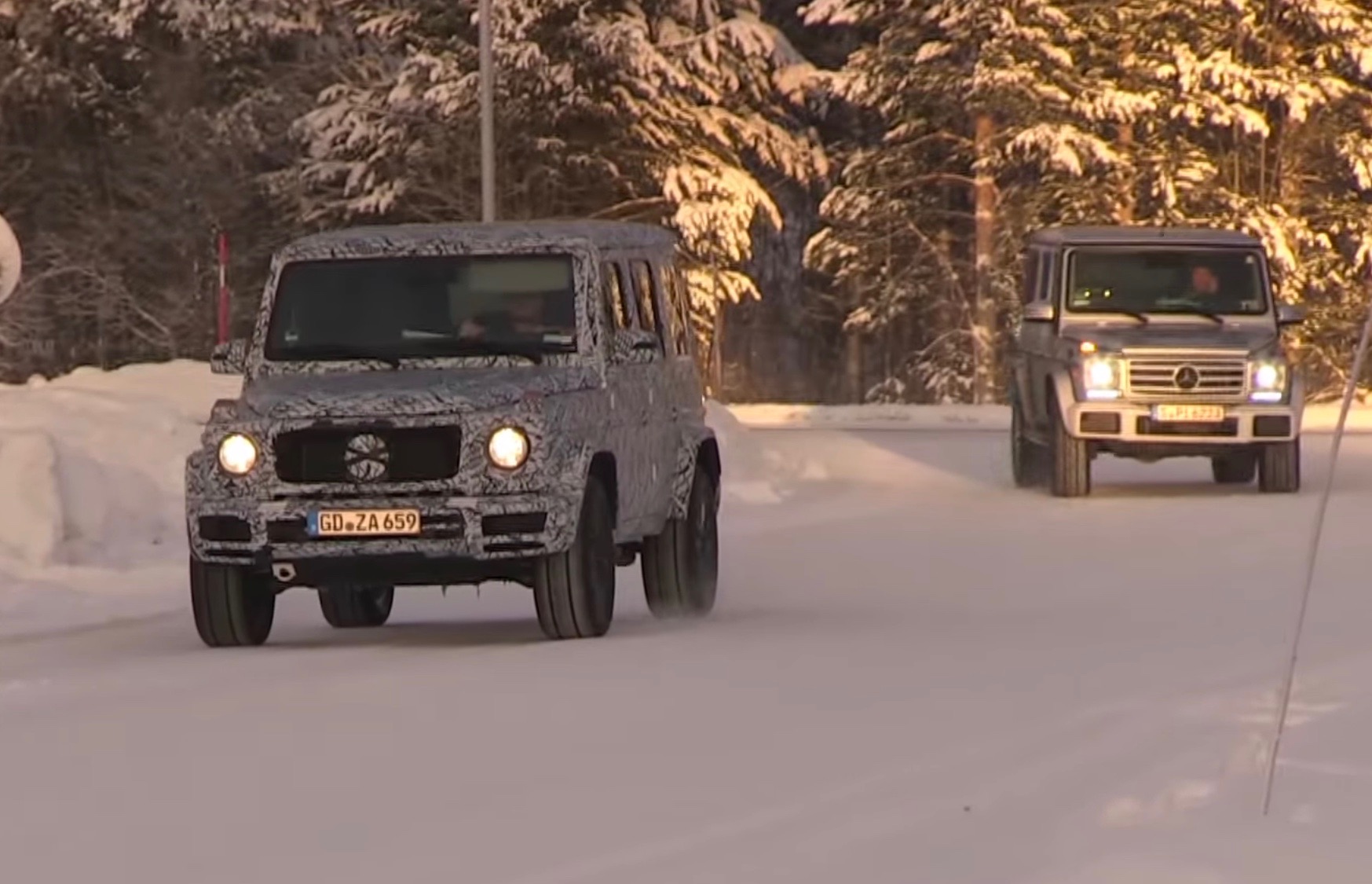 Mercedes-Benz has been spotted test driving a prototype version of the next-gen G-Class, which looks like it will carry over its robust and rugged personality and design from the current model. 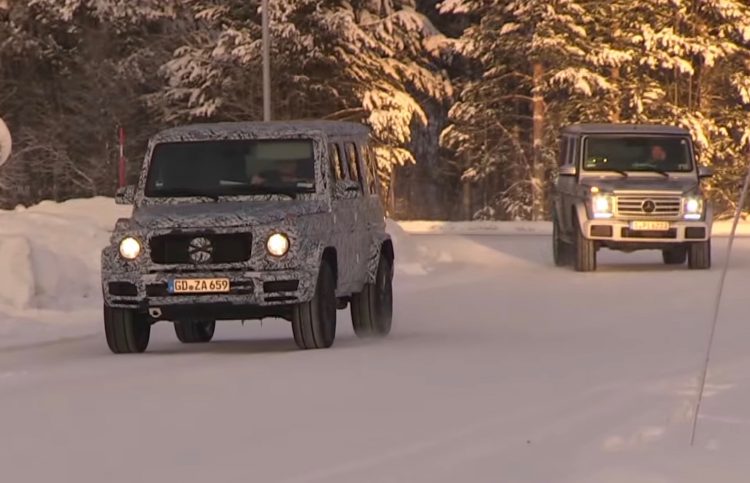 Although it might look pretty similar to the current model, reports say the 2018 version will ride on a new platform. The switch to a different platform is said to be in the name of saving weight, with as much as 200kg apparently being lobbed from the off-roader.

With less weight should come improved performance, efficiency and even off-road agility. Like any other carmaker, Mercedes-Benz will be looking to reduce its carbon footprint by bringing down its overall showroom average fuel consumption. So for the next G-Class we should probably expect some new diesel engines, as well as the company’s latest 4.0-litre twin-turbo V8 for the AMG version.

Not only is less weight in store, it’s believed the new model will be larger overall too, featuring a wider track and a longer wheelbase – some of the size difference can be seen in the video below, where an existing model is following behind. More size should open up cabin space as the current G-Class isn’t exactly known for offering the most space in Mercedes’s SUV lineup.

As for the design, these prototypes don’t appear to be much different from the current boxy-shaped model. Engineers could simply be using pieces of the existing body for testing purposes. In any case, the 2018 model is expected to look pretty similar.

In a product timeline leak last year it was confirmed Mercedes will be looking to introduce its new pickup truck/ute this year. However, there was no sign of the next-gen G-Class marked down for the year. This means it isn’t likely to arrive until 2018. Take a look at the video below for a preview.