Chrysler has revealed a retro concept at the 2013 North American International Auto Show in Detroit. Called the Chrysler 300S Turbine Edition, the concept is inspired by the 1963 Chrysler Turbine Car, and was created to celebrate the original’s 50th anniversary. 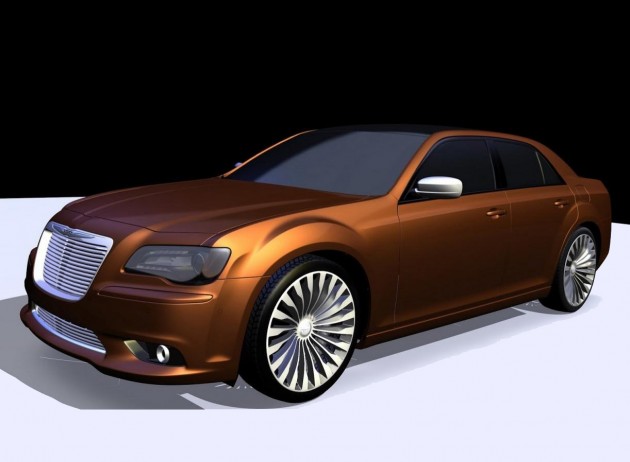 Sitting as a pure design study, the Chrysler 300S Turbine Edition features the same ‘Turbine Bronze’ colour scheme as the original. Instead of a black vinyl roof, the modern interpretation simply gets a black-painted roof to match.

Under the bonnet, the 1963 Turbine was powered by a turbine jet, obviously, an A831, which could run on diesel, unleaded petrol, or even vegetable oil. Specifications on the 300S version haven’t been mentioned. 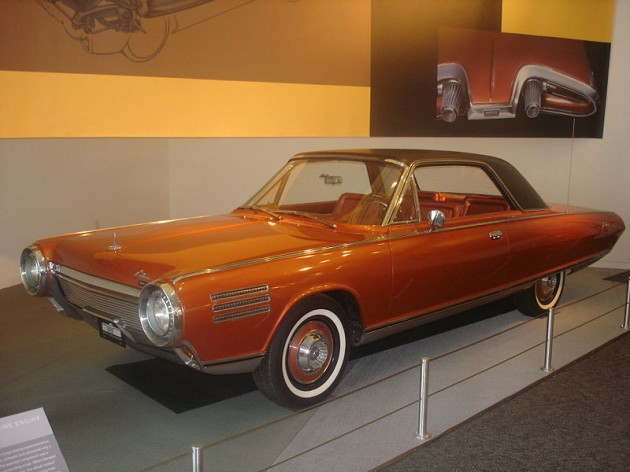 The 300S Turbine wears a set of special 22-inch ‘turbine’ spoke alloy wheels, a rear lip spoiler on the boot, smoked taillights, and various black trimmings including around the windows.

Chrysler actually made 55 of the original Turbine Cars, 50 of which were production cars. All were made solely for research and development purposes. There are apparently only around eight or nine examples left in the world now. It is believed most of them are sitting in a museum somewhere.