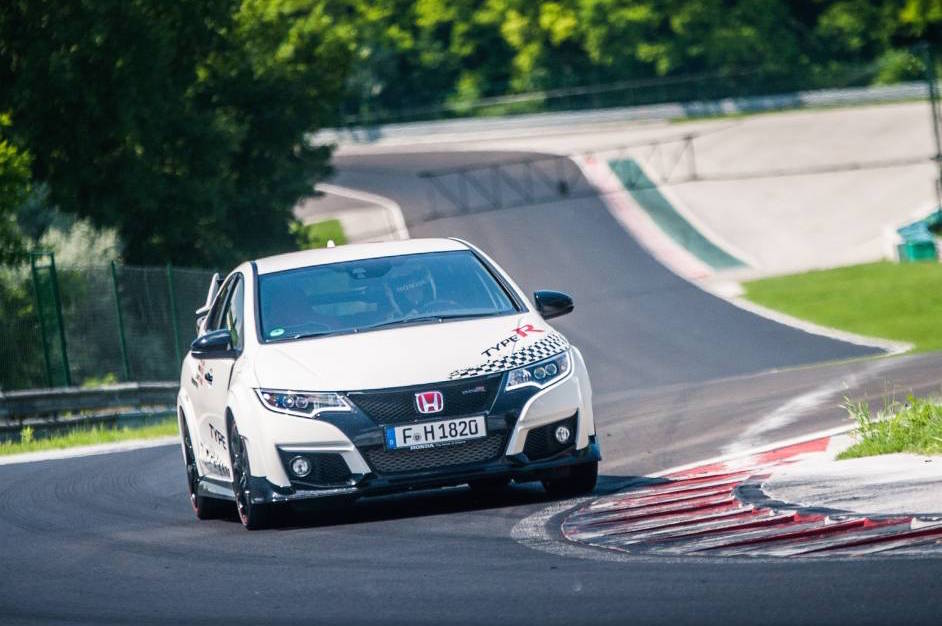 The new Honda Civic Type R has conquered the European continent, setting no less than five new lap records at iconic circuits around the region. 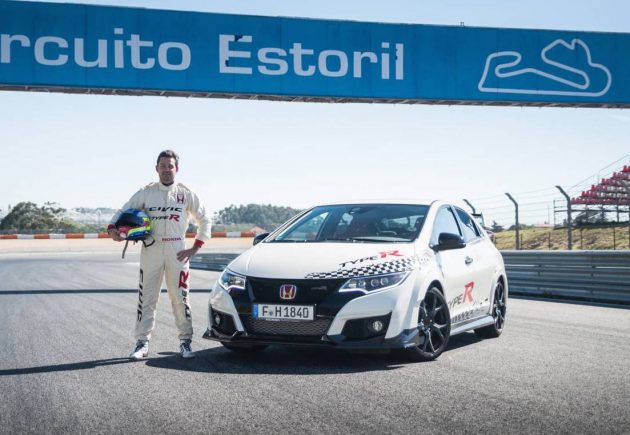 The Type R, with no mechanical modifications at all, set new front-wheel drive records at Spa-Francorchamps, Monza, Silverstone, Estoril and Hungaroring. The quest for glory was incepted shortly after the Type R’s record lap at the Nürburgring Nordschleife (now beaten), hoping to assert the Civic’s dominance in the hot hatch market.

The team began at the Silverstone circuit in April, which was ultimately hindered by rain. British Touring Car champion Matt Neal got behind the wheel to set a time in the dry of 2:31.85.

This was backed up in May by Rob Huff, who lapped the Belgian Spa-Francorchamps circuit in just 2:56.91. Hungarian driver Norbert Michelisz’s time of 2:15.16 at the Monza circuit was enough to give the Type R the record.

The Civic then travelled to Portugal’s Estoril circuit, with Bruno Correia taking over from Tiago Monteiro, who was recovering from an earlier incident in the WTCC race of Germany. Bruno managed to set a time of 2:04.08, despite having been enlisted only 24 hours earlier.

The last attempt took the team to Hungary, where Norbert Michelisz was back behind the wheel of the Civic Type R. Michelisz had previously taken out the 2015 WTCC event here, and had no problem smashing a new record of 2:10.85 into the record books.

For those of you who aren’t familiar with the Civic Type R, it is powered by a 2.0-litre VTEC turbocharged engine. This supplies 228kW and 400Nm to the front wheels, good for a 0-100km/h sprint in 5.7 seconds, onto a top speed of just under 270km/h. It will go on sale in Australia next year. 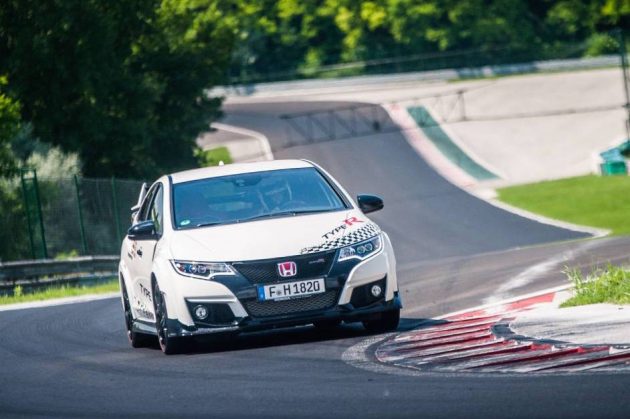