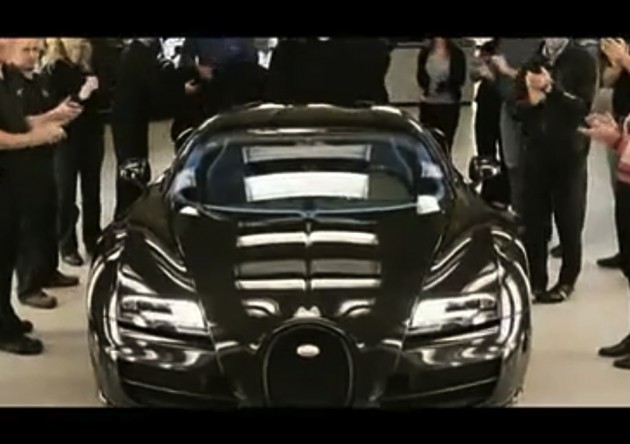 As if the Veyron Super Sport isn’t already enough, one new Chinese owner decided that he wanted a bit more for his 40th birthday. So Bugatti built him this special edition which will actually be China’s first ever Bugatti Veyron Super Sport in the country.

It features a full carbon fibre body, like the normal SS, only it’s painted clear giving it a shiny carbon fibre look. It also gets black-shadow machined face alloy wheels to match, to give it that ultra stealthy look.

Inside is where most of the customisation comes in though. The Bugatti Veyron Super Sport Edition Merveilleux features a fully upholstered blue cabin, extending to the seats with black logos, as well as blue trimmings behind the seats and up to the roof liner.

Of course, the main feat the Super Sport is able to boast is the world’s fastest production car, achieving 431km/h.

Click play on the video below for the full unveiling and birthday wishes from Bugatti.