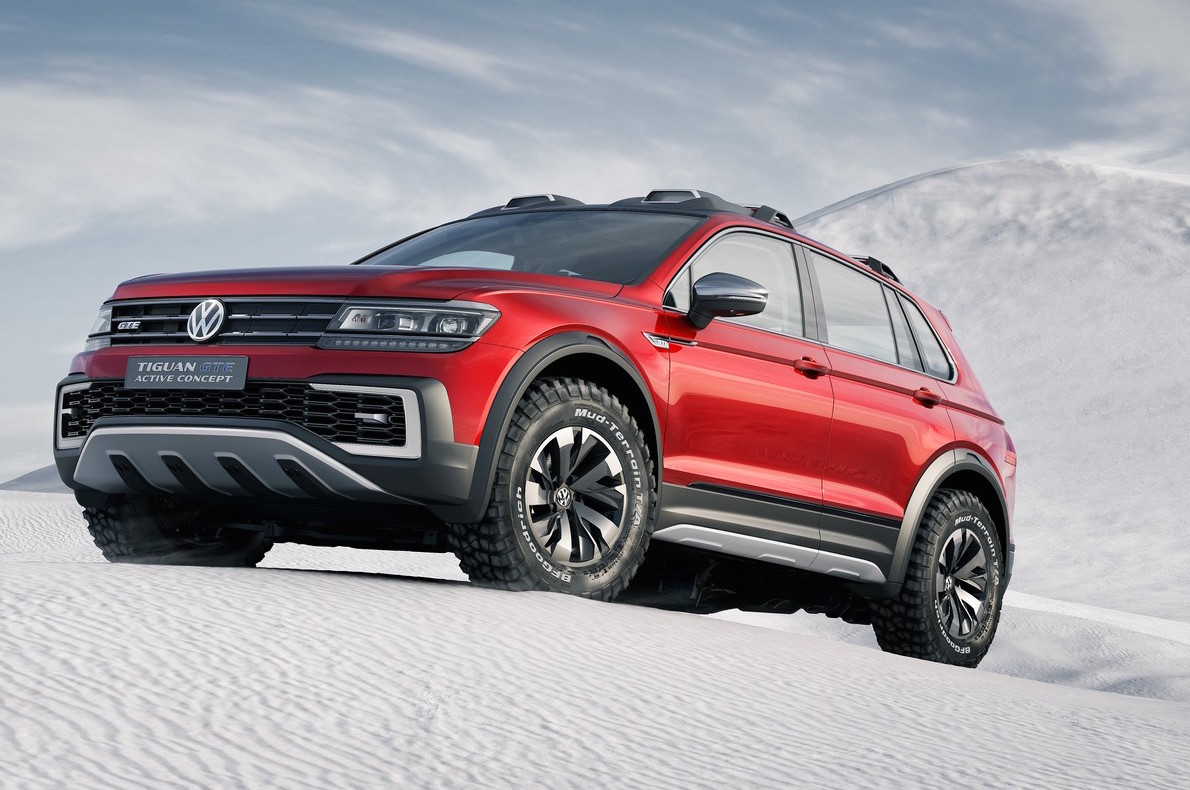 Volkswagen has jumped straight out of the gate with its plans for the Detroit auto show, starting tomorrow, unveiling its new Tiguan GTE Active concept. 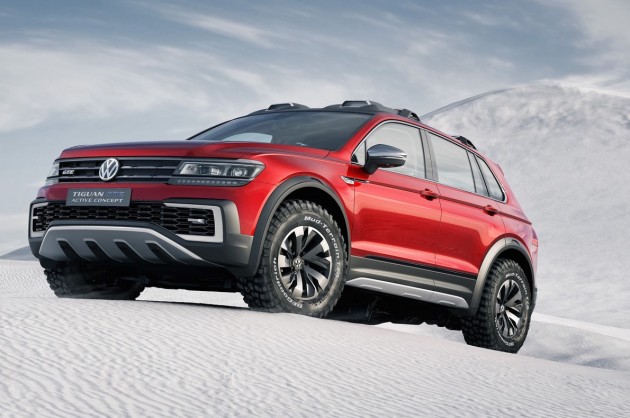 Based on the all-new Tiguan revealed last year, the GTE Active goes for a more rugged, and rough and ready personality. It features big balloony off-road tyres, protection plates underneath, and cool rally-like roof snorkels and roof racks.

In the engine compartment is a 1.4-litre TSI petrol engine producing 110kW, with two electric motors adding 40kW to the front axle and 85kW to the rear. Combined, it all comes together to offer a potent 165kW.

Performance figures haven’t been mentioned, however, thanks to the electric motors which receive power from a 12.4kWh battery cell, the Tiguan GTE Active offers a fully electric drive mode with a range of 32km. Maximum range is rated at 933kW, including use of the petrol engine.

All of this sent through a clever 4MOTION all-wheel drive system. In regular driving, power is sent to the rear wheels only. During times of traction loss, torque is automatically sent to the front wheels. On start-up the rear electric motor is the sole power source, if the battery is charged.

You might think the powertrain combination is interesting, but wait until you see inside. Volkswagen has used the concept to debut its new MIB modular touch-screen interface system. It showcases a 9.2-inch screen and 8.2-inch customisable instrument cluster. The system offers occupants gesture control and Android Auto and Apple CarPlay technology. 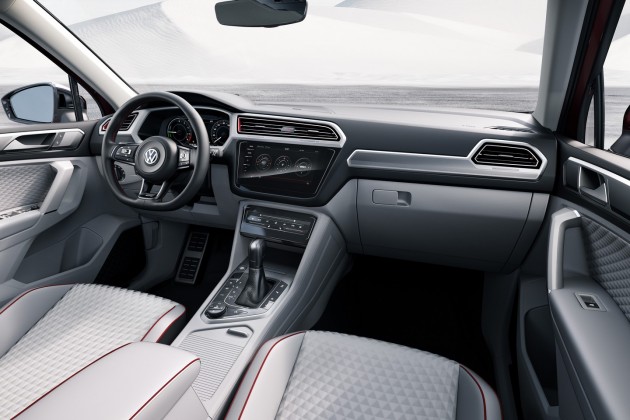 Volkswagen isn’t going to launch the GTE Active on the market any time soon, but it will be introducing various bits and pieces of technology presented in the concept. The all-new Tiguan in standard form, on the other hand, will launch in Australia during the third quarter of this year.