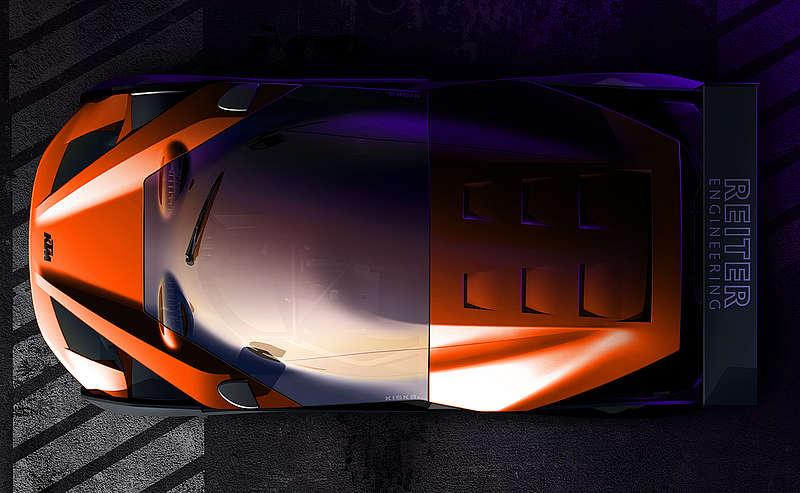 Popular motorcycle maker KTM is teaming up with Reiter Engineering to make another stripped out, track-focused road car. Unlike the previous X-Bow, it looks like the next model will be a coupe of some sort. 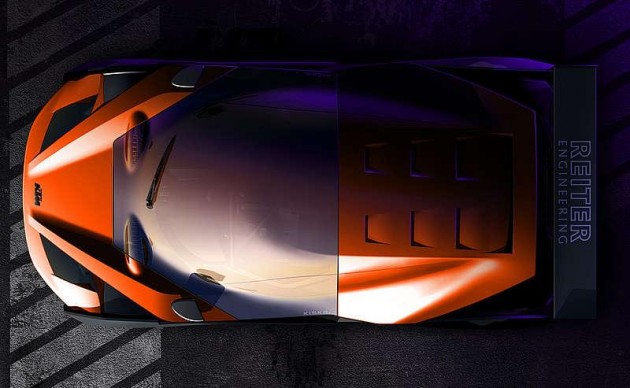 The company has only released this teaser image so far, and although there is a strange grey covering over the roof area, the new model looks like it will at least come with a detachable roof.

We can also see a windscreen and wipers, which is a step up in practicality compared with the outgoing X-Bow. Hubert Trunkenpolz, member of KTM’s executive board, said,

“With the X-Bow BATTLE we have established a highly successful one-make series competition for our customers who are also motorsport enthusiasts. We are very aware that among them, and among many other like-minded enthusiasts, there is a demand for a racing car that can compete in international races. With this in mind, Hans Reiter came to us with the challenging idea of developing a completely new X-BOW for use in motorsport.”

No specific details on the car have been revealed other than the fact it will be designed as a one-make series racer. We can expect a dedicated cabin with the bare minimum in creature comforts, adjustable suspension, and some serious aero parts such as a big rear wing and vented engine cover on the back.

The two companies are planning to introduce the new model to markets in Asia, Europe, and the USA. According to KTM it will be a “real ready-to-race product in the best KTM tradition”. It’s unknown if it will continue to be powered by a turbocharged Audi four-cylinder.