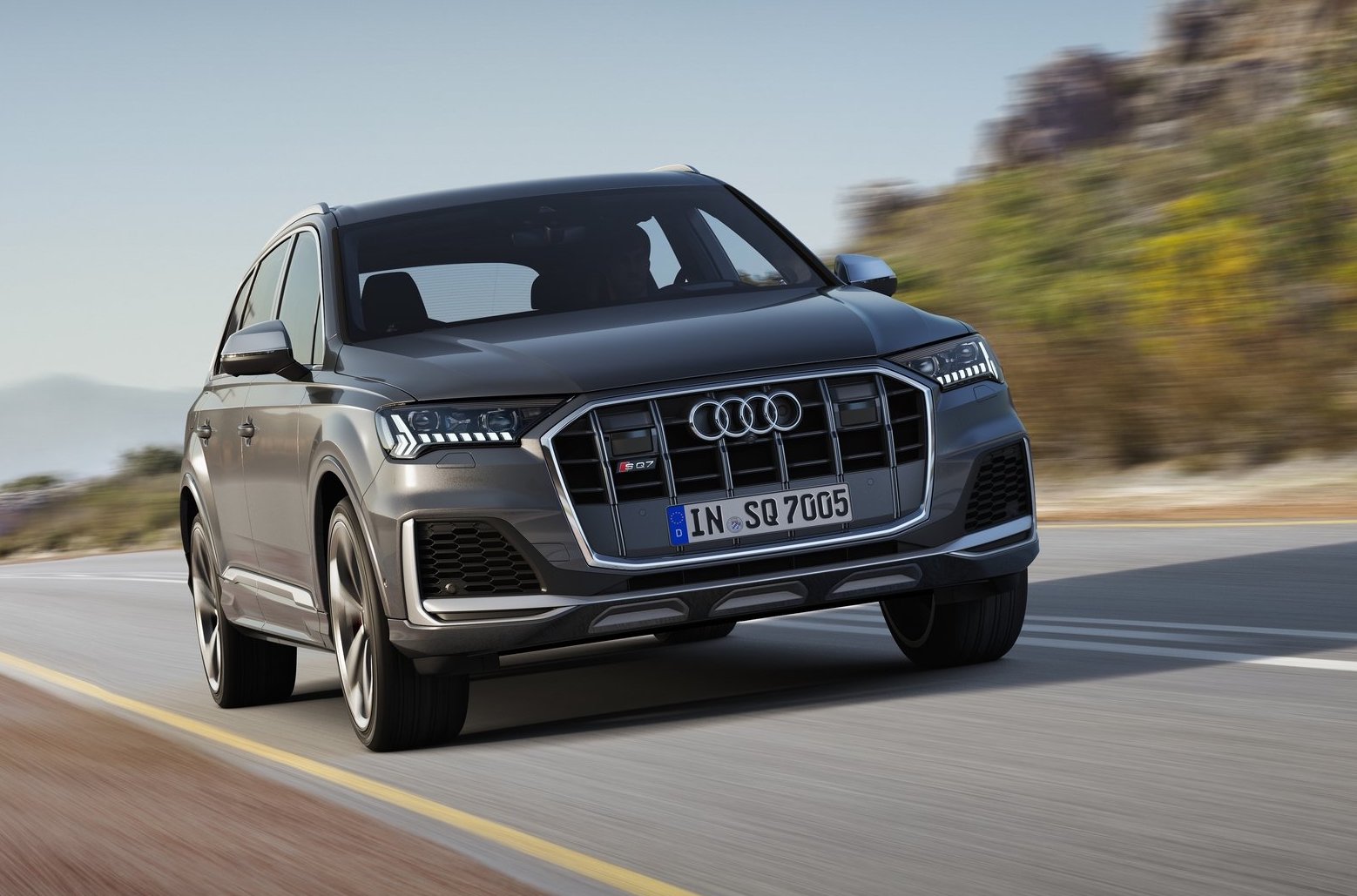 Following the unveiling of the facelifted 2020 Audi Q7 last month, the performance SQ7 TDI version has now been revealed. And it features that monster-torque engine from the SQ8. 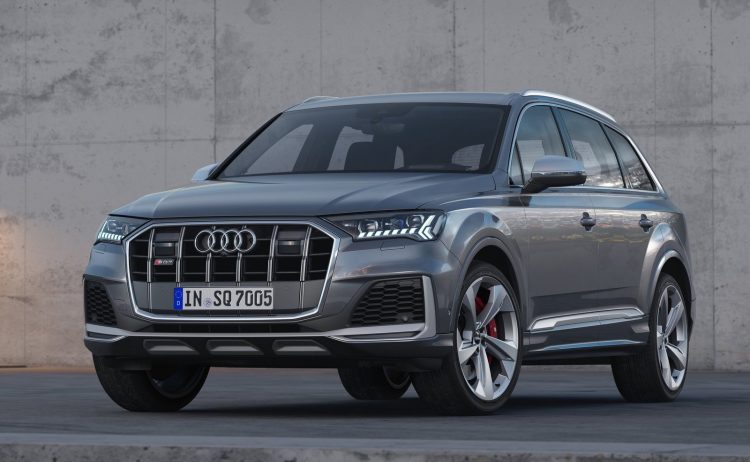 Under that chunky bonnet and behind the new-look front grille and headlights that were applied to the Q7 facelift, you’ll find a 4.0-litre twin-turbo V8 diesel that produces 320kW and an almighty 900Nm. This is enough oomph to see 0-100km/h done and dusted in just 4.8 seconds.

Being a product of Audi’s quattro performance division, the rest of the large SUV is enhanced to match. For the exterior there’s a set of Matrix LED headlights, 21-inch cast aluminium wheels or optional 22s, and a subtle aero kit consisting of bespoke front and rear bumper bars and side skirts. You’ll also find a number of light grey highlights, such as the side mirrors, following tradition. 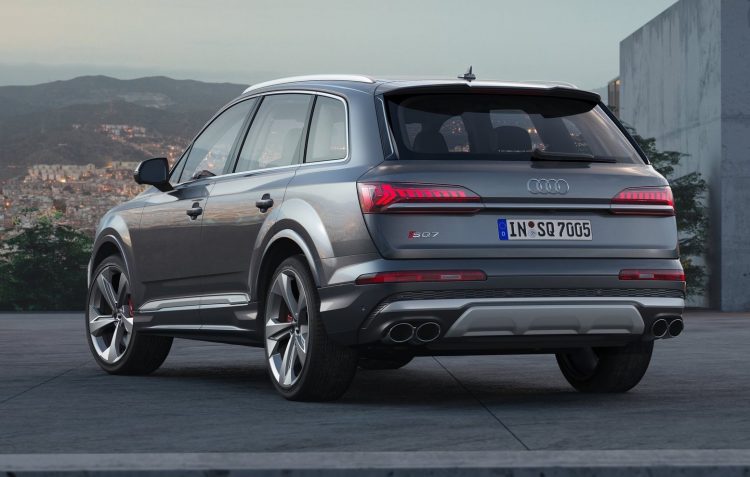 To improve handling and agility over the normal Q7, Audi has worked in an S-specific adaptive air suspension system and progressive steering. Both should create not only a sporty driving experience but also a comfortable one when the time calls. Ensuring excellent stopping performance are a set of 400mm front and 370mm rear disc brakes, with S calipers finished in black.

Taking a look inside, the 2020 Audi SQ7 is decorated in precise and clean shapes and fixtures that Audi is renowned for, with dark Valcona leather, special S embossing, rhombus stitching, and brushed aluminium inlays. There’s also Alcantara for the door trims, special illuminate sill panels, and sports seats with pneumatic lumber support for the front and optional massage functions. 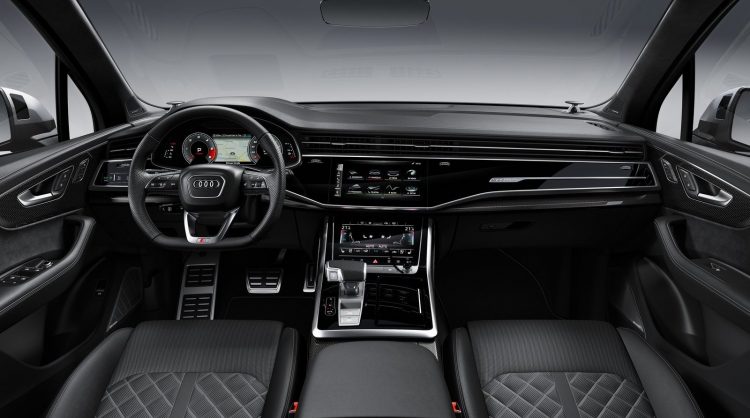 Being an Audi, the dash features industry-rivalling technology. There are two crisp touch-screens, packed with the latest LTE Advanced connectivity, along with Wi-Fi hotspot, natural voice command, and even Google Earth. There’s also cloud-based Amazon Alexa service integrated into the interface. The driver views another fully digital screen within the instrument binnacle with S-specific graphics.

The new model will go on sale in the UK from August this year, in SQ7 and SQ7 Vorsprung trim levels. In regards to an Australian introduction, the local arm said:

“The Audi SQ7 TDI is expected to arrive in Australia in the first half of 2020, with pricing and specification confirmed closer to launch.”