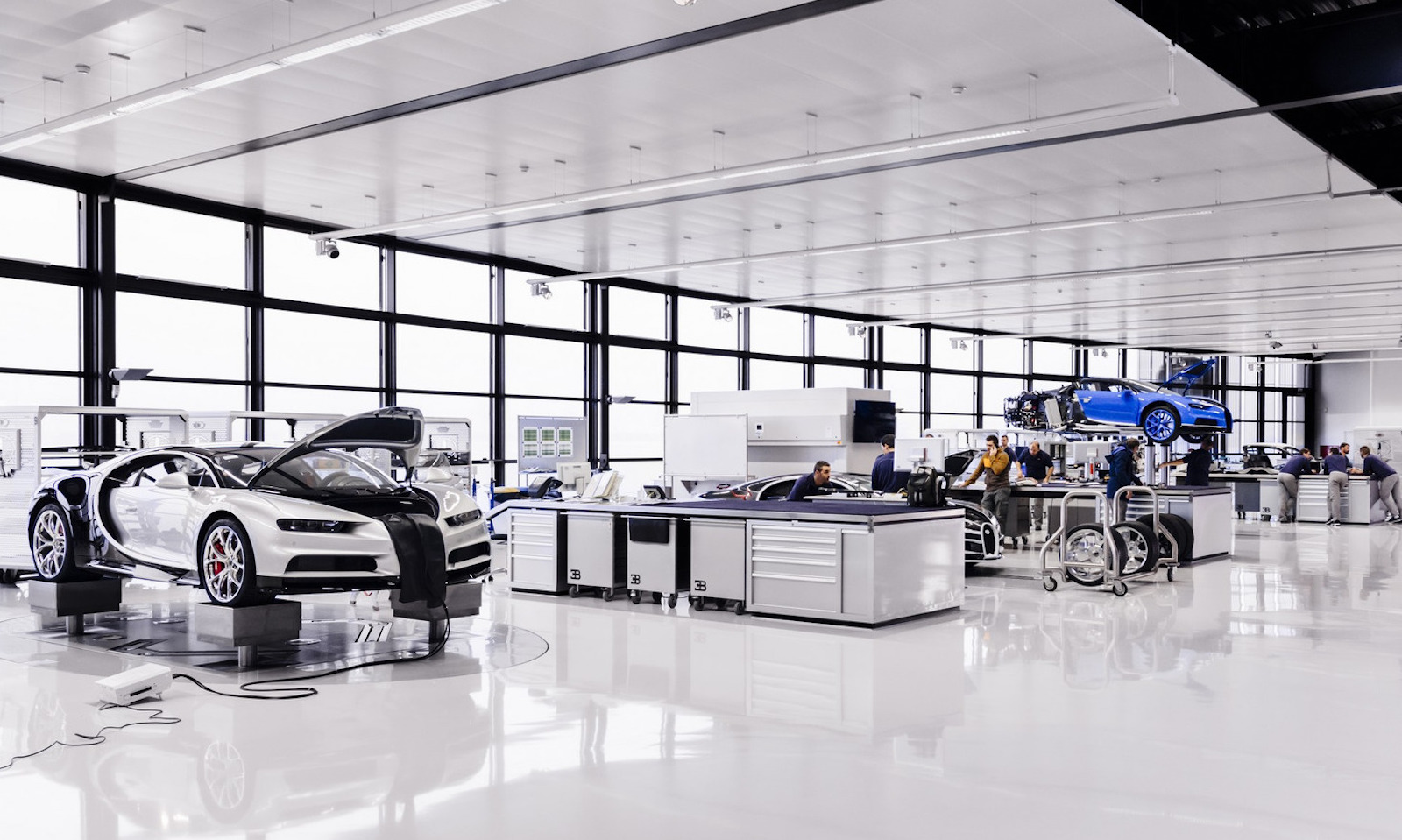 Production of the epic new Bugatti Chiron has commenced at the company’s immaculate headquarters in Molsheim, France. 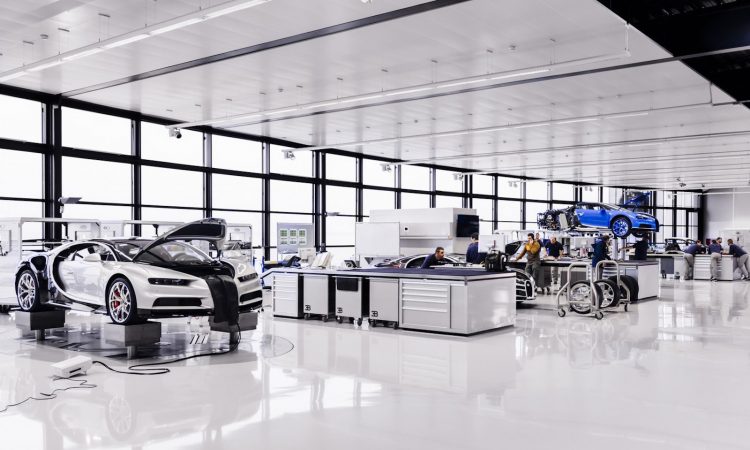 Bugatti has made extensive revisions to the production facility to accommodate the Chiron’s production, such as a new area for pre-assembly of the exterior components at the technology centre, while installing a new rolling dyno setup that can handle the Chiron’s 1500PS (1104kW) output.

Speaking of the dyno, it is apparently the most powerful of its type in the world. Bugatti had to install larger cables as the Chiron can generate up to 1200 amps during operation. Interestingly, the dyno is set up so that extra power generated by the Chiron is fed back into the local electricity grid. 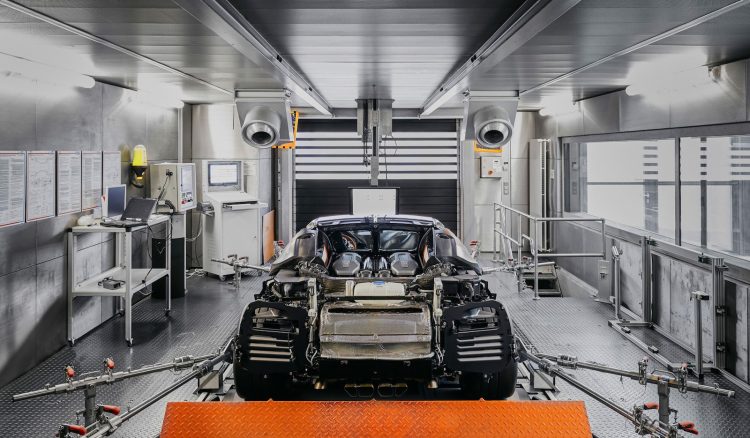 The floor of the facility is now made from epoxy and it is conductive too, so all electronic charges are dissipated. It’s coated in fresh white, creating an atmosphere, according to Bugatti, similar to that of a catwalk fashion house.

As usual, there are no robots or conveyor belts involved in the production process. Instead, there are 12 work stations where people build various parts of the car. The engine comes pre-assembled but is put together and then tested by Bugatti on a test bench for eight hours. The seven-speed dual-clutch transmission, which has been tweaked for the new engine, is also put through a similar regime.

Just to give you an idea of the attention to detail, the only electronic tool that Bugatti workers use is a new nut fastening tool. This is connected up to a computer and lets the worker know when the right torque is applied to each nut. Of the 1800-plus bolted joints on the Chiron, 1068 require special documentation.

Overall, the Chiron takes around six months to build, depending on options and customisations that the owner has specified. Bugatti says the first deliveries for the Chiron are scheduled to commence during the first quarter of this year, with plans to produce around 70 examples by the end of the year.