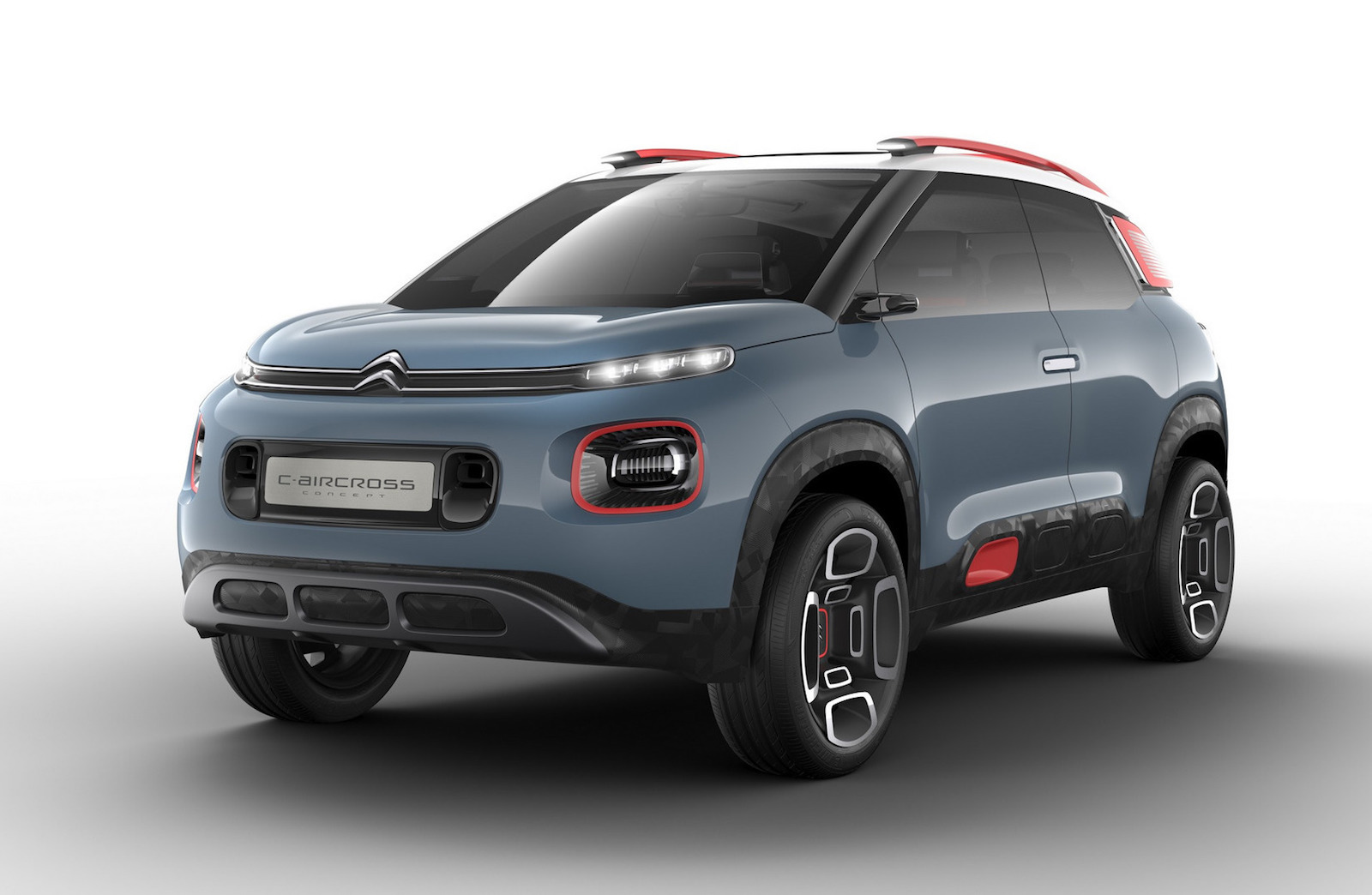 Ahead of the March 7 Geneva Motor Show, Citroen has released pictures of the C3 C-Aircross concept, which foreshadows a C3-based miniature SUV. 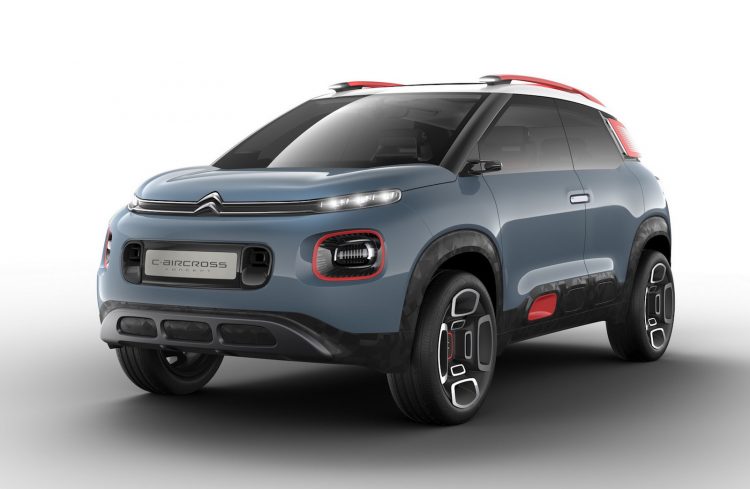 The design language takes Citroen’s rediscovered boldness as seen on cars like the C4 Cactus and evolves that to another level, particularly the interior.

Notable exterior details so far include suicide doors, side-view cameras in lieu of mirrors and a variation of the ‘Airbump’ motif on the side, with a hollow red ring. The C-pillar has an interesting louvered effect, while red roof rails contrast with a white rooftop. 18-inch wheels and a rear diffuser give the car a distinguished, aggressive appearance.

It’s inside where the real fun is, though. The steering wheel has one main spoke, with transmission selection and cruise buttons. Ahead of it sits a transparent ‘vision board’ head-up display with a 12-inch landscape touch-screen taking pride of place in the centre of the dash. 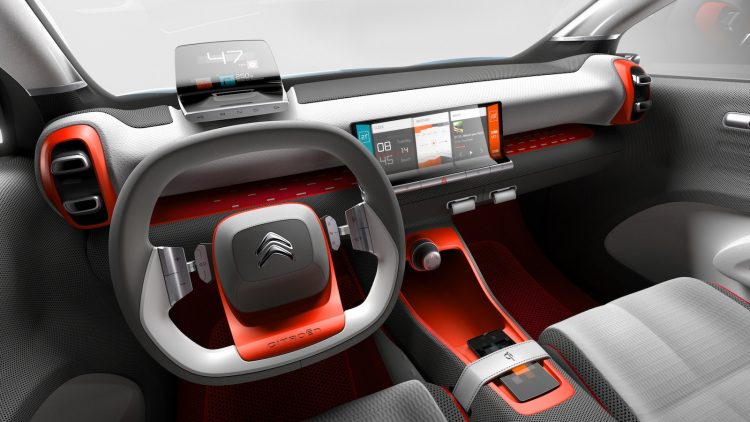 Other novelties include separate audio zones for passengers that work like sound-deadening headphones, and many storage solutions. If the Cactus’s transition to production is any indication, Citroen will probably work hard to preserve the essence of this concept’s interior to production.

The production version is expected to replace the current C3 Cactus, which is more of an MPV. The car is expected to retain its front-wheel drive layout, but could have switchable driving modes and Citroen’s Control Grip traction control system. Like the C3 and C4 Cactus, it will probably be offered with 1.2-litre three-cylinder and 1.5-litre diesel power, both turbocharged.