You may have heard the phrase ‘if you’re going to do it, do it properly’ or some variation in your life before, well here’s a video that takes the philosophy to the extreme. It’s a video of Kenneth Moen in a Toyota Supra drifting an entire Lysgardsbakken hill climb run in Lillehammer, Norway. 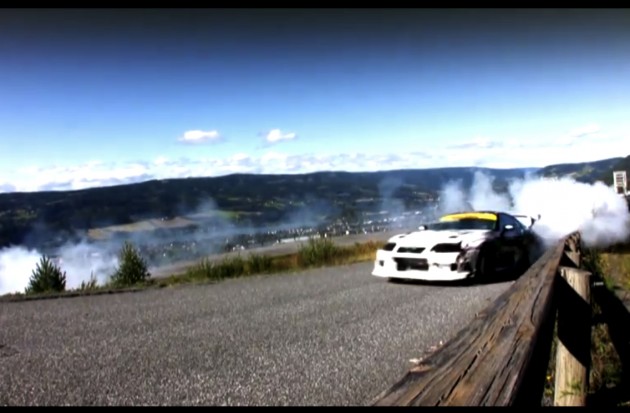 It’s one of those videos that reminds you of the sheer grunt and tuning potential of the awesome 2JZ engine in the Toyota Supra. It can be tuned to offer relentless amounts of power, capable of melting a set of rear treads, in almost every gear, in one single hill climb run.

Click play below to see some great drifting skills leave a huge set of tyre marks up the road. You have got to love the sounds of the engine, and the chirping and spitting off the rev limiter.