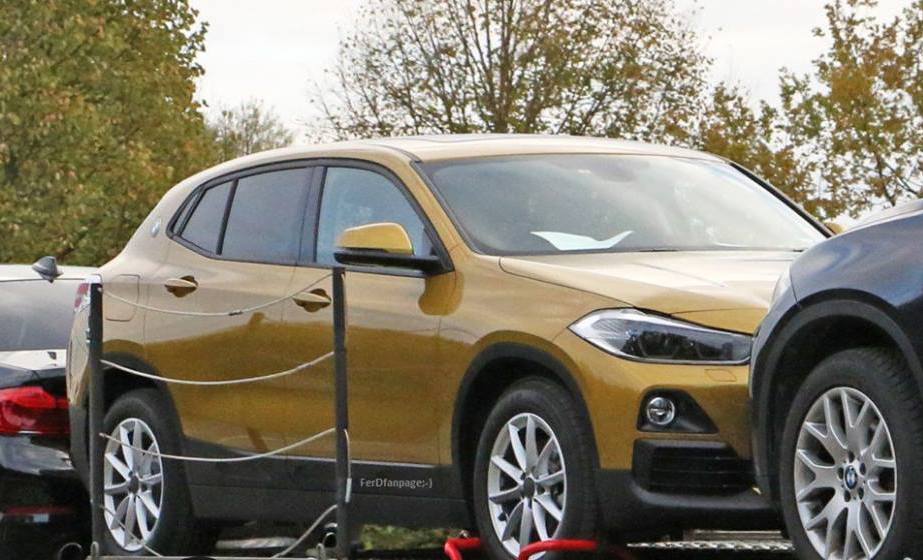 The BMW X2 has been spotted with hardly any disguise, providing a first look at the production version of the new small SUV before its market arrival next year. 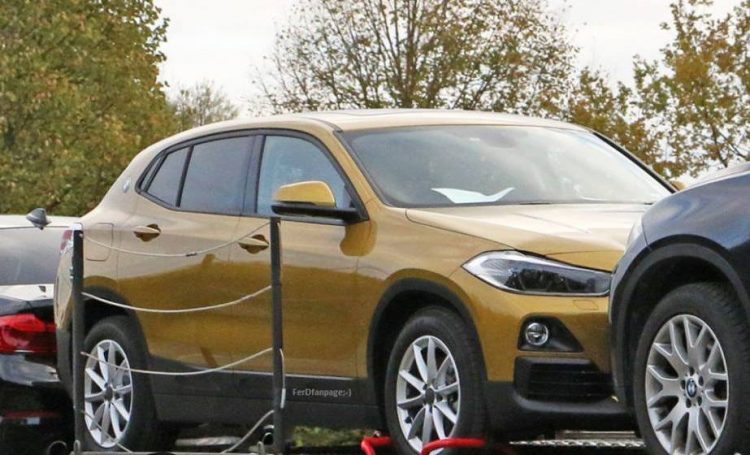 Images surfaced on Ferd Fanpage on Facebook, showing an X2 on a transport truck with some other, existing BMW models. And as you can see, the production X2 will remain pretty similar to the concept version shown last year.

At the front is BMW’s latest design language, with elongated headlights, a tilted forward set of kidney grilles, and some fog light clusters in the corners. The headlights point toward a faint body line which runs down to form the rear haunches.

We don’t get a clear look at the rear but it looks like the taillights have some light camouflage to protect the full detail. But we can see a BMW badge placed uniquely on the D-pillar right at the back.

The BMW X2 will join the range slotting in next to the X1. It will be the sportier, swoopier brother to the X1, targeting the likes of the Audi Q2 and Mercedes GLA. It will also target the younger demographic, a bit like the X4 and X6, compared with their regular X3 and X5 counterparts.

BMW Australia has confirmed the X2 will go on sale locally, arriving in the first half of 2018. It’s expected to come with a range of turbocharged petrol and diesel engines, with front- and all-wheel drive options as per the UKL1 platform.

Given this example looks almost ready for the showroom, BMW is probably preparing an official unveiling for a little later this year. The Detroit auto show in January would be a safe bet, with a potential online reveal some time beforehand.