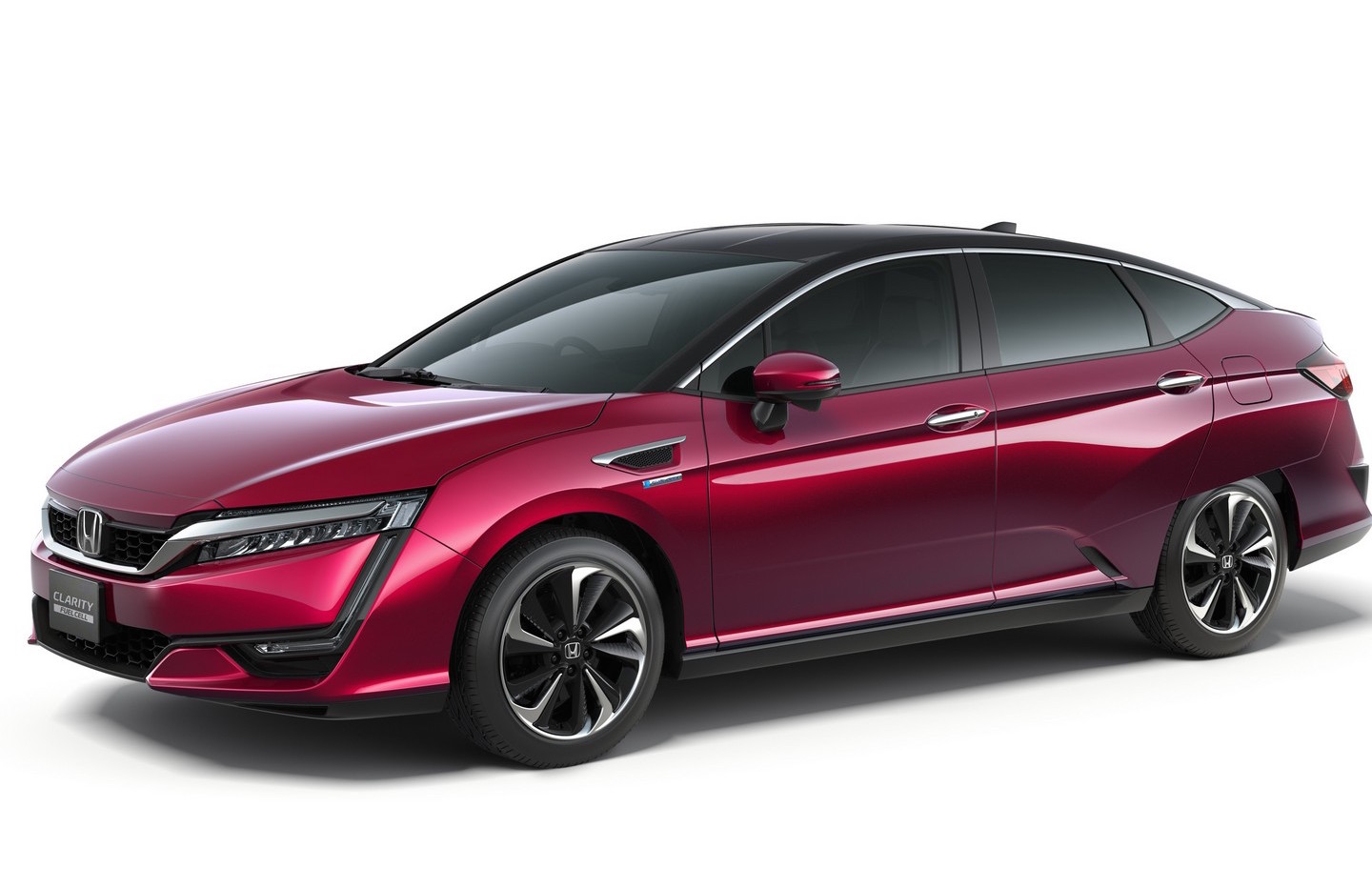 Honda has revealed the production version of the 2016 Clarity Fuel Cell vehicle at the Tokyo Motor Show, which will be launched in the Japanese market next year and other markets soon after. 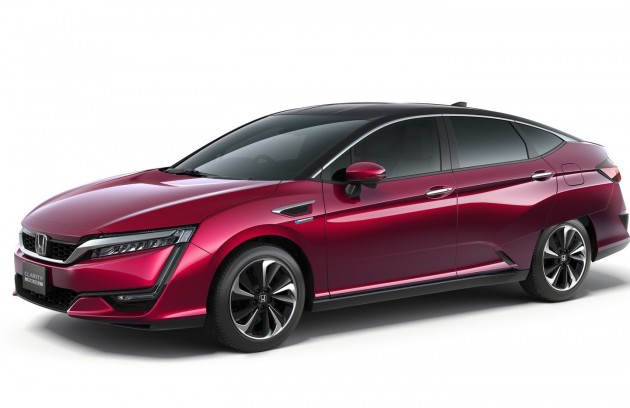 The most interesting part about the Clarity Fuel Cell vehicle is that it is powered by nothing else but a hydrogen fuel cell, with only fresh water being emitted from the exhaust. It’s also the world’s first production hydrogen fuel cell vehicle with all of its major components housed under the bonnet.

It comprises of a 70MPa high-pressure hydrogen tank, and a fuel cell stack which is 33 per cent smaller than the one used in the Honda FCX Clarity a few years ago. The more compact design helps open up cabin space to fit five adults.

To refill the hydrogen tank it takes around three minutes, and there is no recharging to do for the lithium-ion battery. This means it is a zero tailpipe emissions vehicle and doesn’t require electricity from the grid, further minimising its overall carbon footprint. 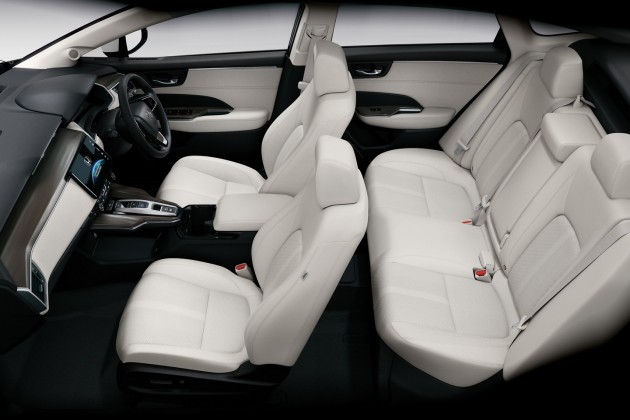 In terms of the car itself, it’s a sedan featuring futuristic Honda-like design cues, 18-inch alloy wheels, LED lighting, and semi-covered rear wheels for optimum aerodynamic efficiency. It sets itself apart from other regular sedans without going over the top and impairing practicality.