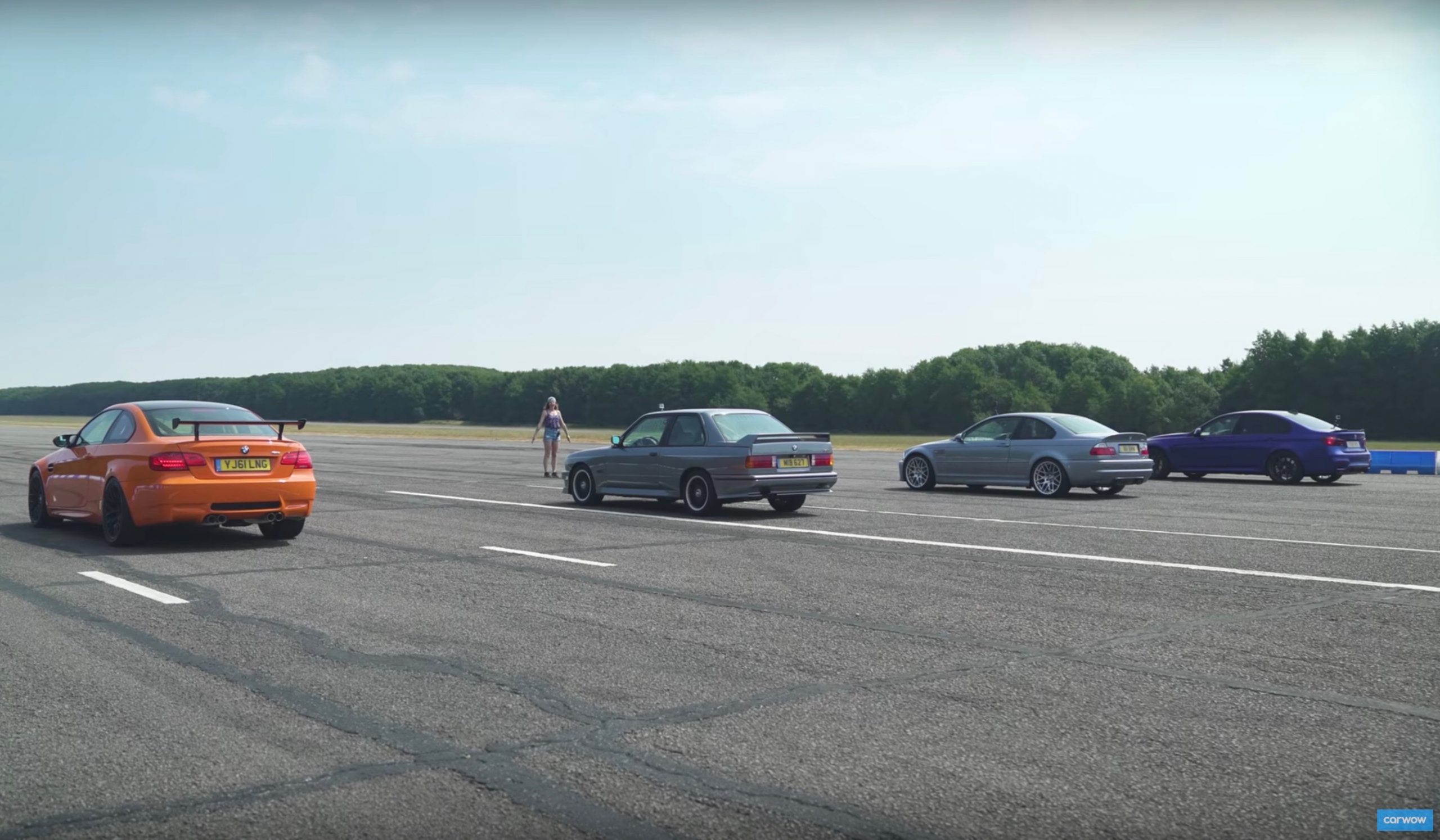 Carwow in the UK has put together a cool video showcasing four generations of BMW M3s in a drag race to show the difference between the years.

In the mix is an E92 GTS, which was a special edition version of the 4.0-litre V8-powered model. There’s also first-generation, E30 M3 which uses a 2.3-litre twin-cam four-cylinder. This first-gen model is regarded as the purest and most fun to drive, however, it obviously falls short of the outright power of the newer models, with its factory output of 160kW (in Evo spec).

Rounding out the older mix is an E46 M3 CSL. This is the last time we’ve the CSL badge, introduced in 2003 as a limited-production version featuring lots of weight reduction and some engine tuning. The 3.2-litre naturally aspirated inline six received a bespoke, full carbon fibre intake plenum, among other tweaks. It produced 265kW.

Lastly, the current F80 M3 CS. This, like the CSL, is a special edition model that’s partially stripped out for lightness, featuring natural fibre door trims, a carbon fibre aero kit, and some engine tweaks that lift power from 331kW to 338kW.

What’s the quickest? Well, it’s probably pretty obvious. But check out how it all went by clicking play below.