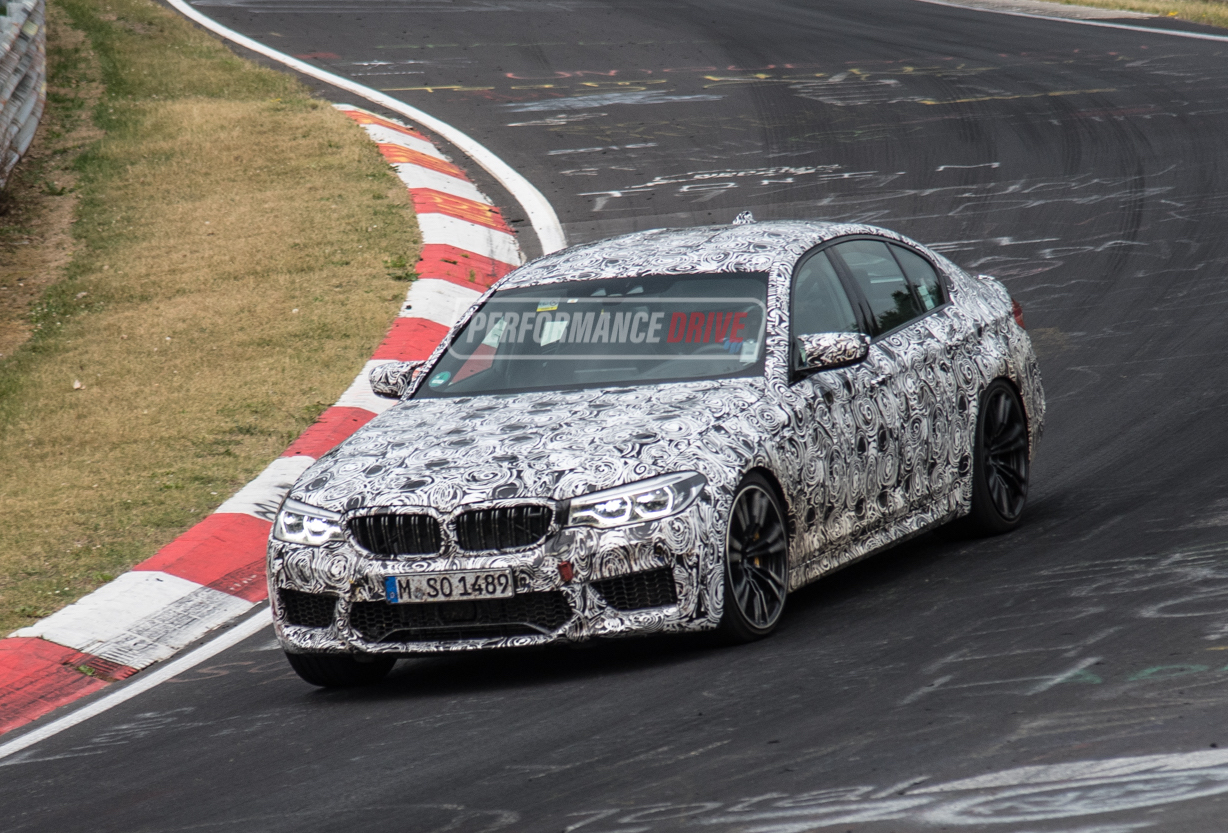 A pair of 2018 BMW M5 prototypes have been spotted testing around the Nurburgring, as engineers further hone and perfect the legendary sports sedan before its debut later this year. 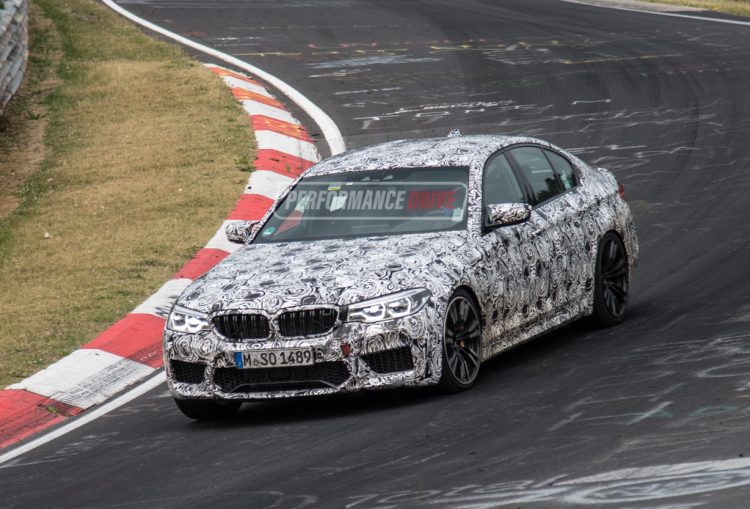 BMW has already released plenty of details regarding the new M5, including confirming it will come with a selectable xDrive all-wheel drive system with both rear-wheel drive and all-wheel drive settings. It will also come with an eight-speed automatic and not a dual-clutch seven speed like the outgoing model.

Performance figures are yet to be confirmed, however, BMW says the new model is lighter in weight than the current model despite featuring all-wheel drive. It’s also quicker across the 0-100km/h and 0-200km/h sprints, BMW says. There’s been talk of a 0-60mph (97km/h) time of under 3.5 seconds, which could translate to around 3.8 seconds for 100km/h.

Power will come from a turbocharged V8 engine, likely a revised version of the existing 4.4-litre unit. Outputs are said to top 600hp (450kW), which should give the latest Mercedes-AMG E 63 S (450kW) a run for its money. BMW doesn’t usually compete in sheer power wars but with the current model generating up to 423kW, the only way is up. 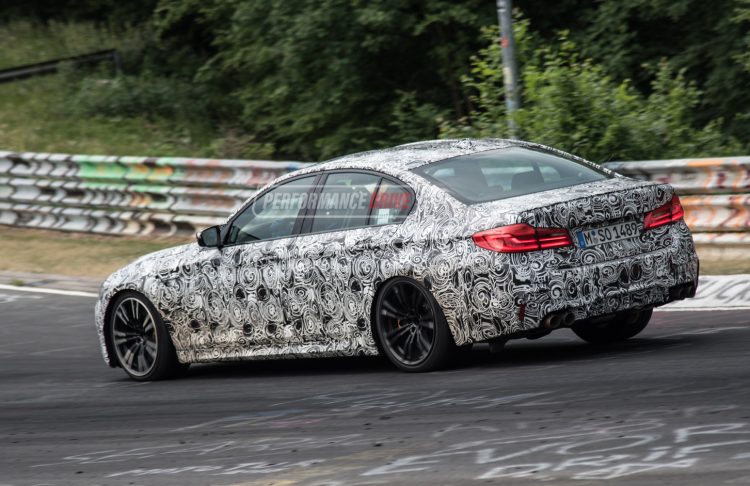 Out on the Nurburgring we recently spotted two different prototypes, with one wearing a distinctly different front lip spoiler with punch holes spread across the middle. Other than that, the prototypes seem to be very similar to the example BMW revealed in May. 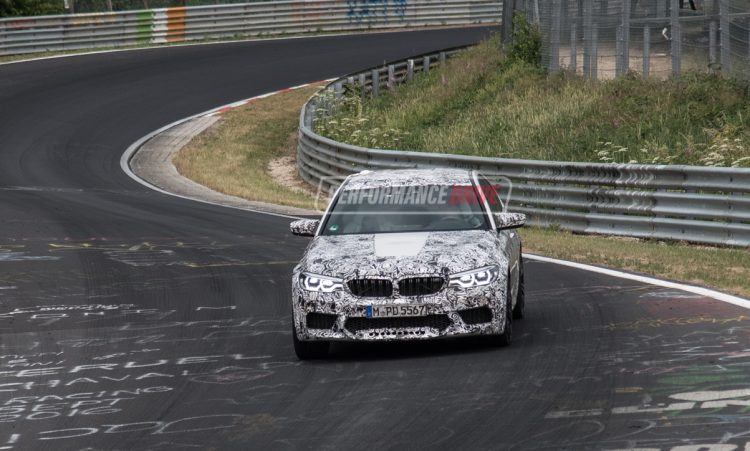 We can expect a number of minor design changes for the production version, including plenty of detail carried across from the latest 5 Series. You can already see the new LED headlights with an LED eyebrow running across the top that leads into the twin kidney grilles, along with slightly bolstered wheel arches and a rear diffuser supporting the trademark quad-outlet exhaust.

A full unveiling is expected very soon, with an official public debut likely taking place at the Frankfurt motor show in September. Check out our quick spy video below to see how it goes – and sounds – so far.