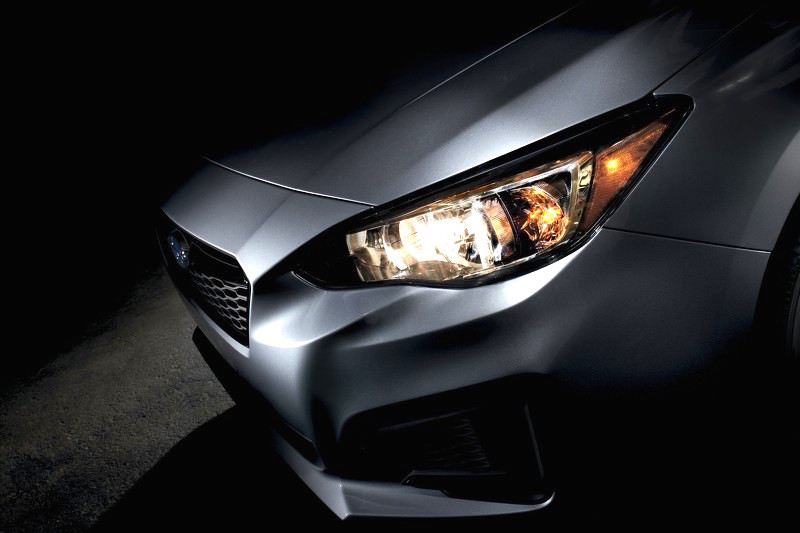 Subaru has confirmed it will be unveiling the all-new 2017 Impreza at the New York International Auto Show later this month, giving us a first-look at the fresh design. 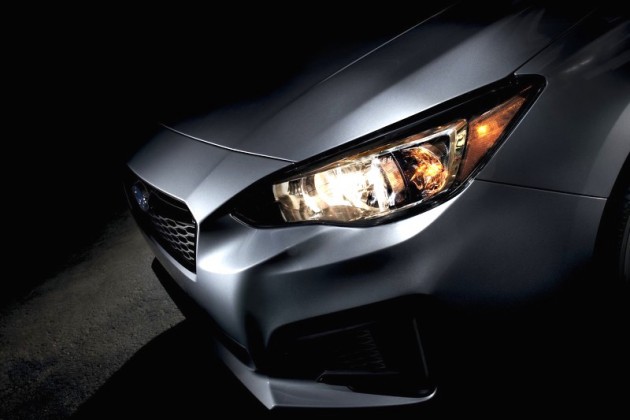 The new Impreza, as previewed in concept form last year, will be underpinned by Subaru’s new global platform. With this, the company is promising a more engaging drive, reduced noise and vibration levels, and more efficient and lightweight construction.

Perhaps the most interesting element to the new Impreza will be the design. It’s set to showcase Subaru’s next-gen styling language that will eventually be applied to all future showroom models.

So far only this teaser image has been released, but it gives us a preview of the new-look headlights, more defined panel contours, and its latest hexagonal grille layout. There also appears to be a sporty low lip section.

As for powertrain specifics, Subaru is yet to comment. According to reports we could be about to welcome a range of downsized turbocharged engines. Subaru already offers a 1.6-litre turbo boxer four-cylinder in its home Japanese Domestic Market (JDM). An iteration of this likely in at least some variants.

A six-speed manual and CVT automatic are likely to continue, along with its traditional symmetric all-wheel drive system. Speaking of which, the next XV crossover is expected to be announced later this year based on the new Impreza.

In Australia Subaru Impreza sales haven’t been as high as the more popular rivals, namely the Toyota Corolla and Mazda3. In the first two months of this year the Impreza holds a 2.4 per cent of the segment, reporting 790 sales, which is down 8.4 per cent compared with the 2015 year-to-date figure of 862 sales.

The new model will go on sale in Australia later this year. It’s expected to help turn sales around. All will be revealed on March 23.