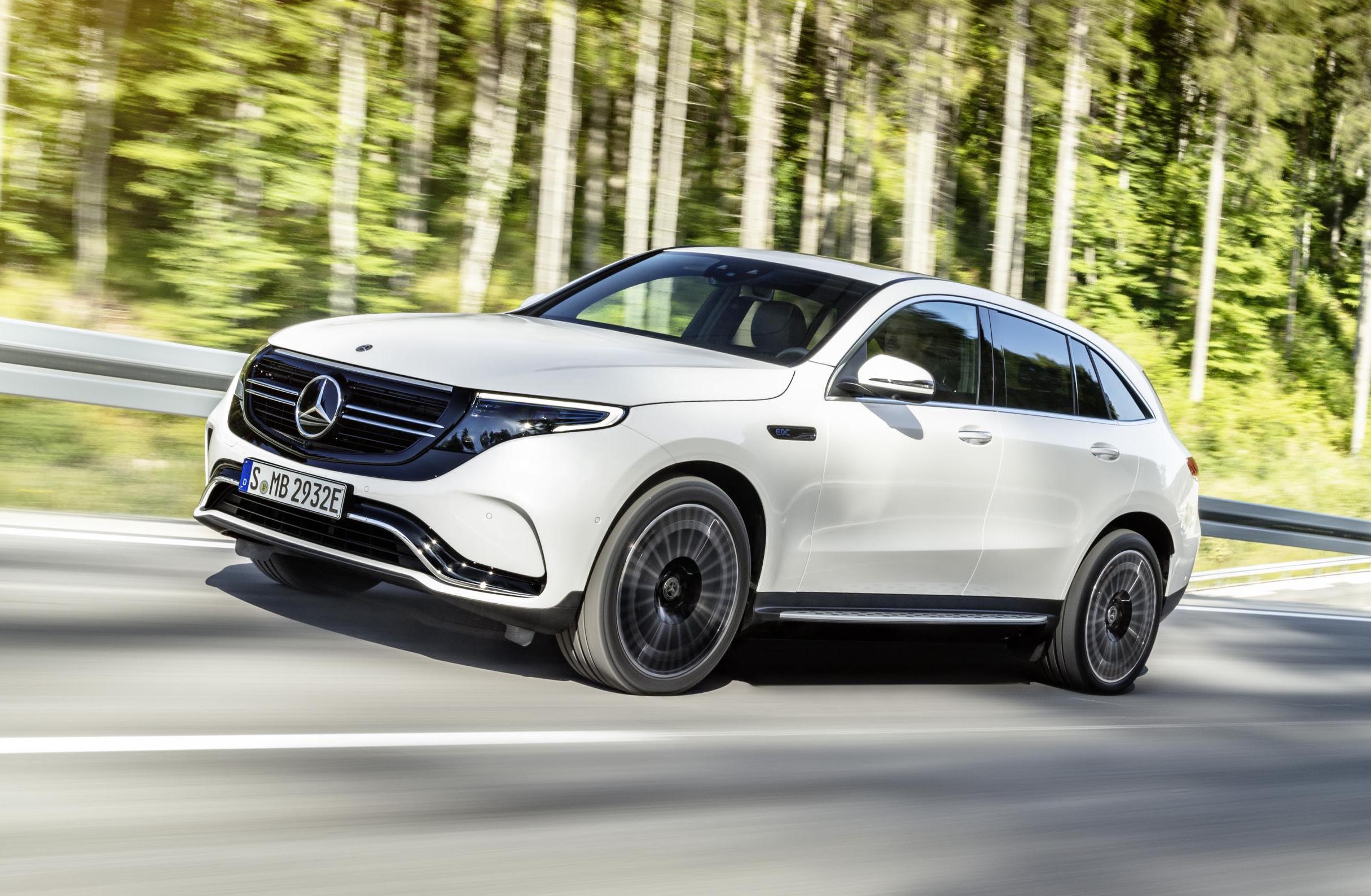 Mercedes-Benz has won the race of the big three German brands to introduce an electric mid-size SUV, unveiling the new EQC overnight. It will contend with the upcoming Audi e-tron and BMW iX3 in the same class, and the already-launched Jaguar I-PACE crossover. 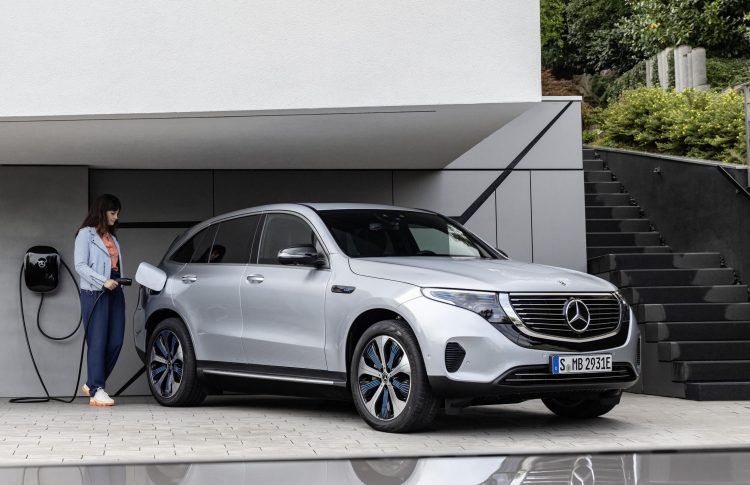 The EQC is the first vehicle to be brought in under the brand’s EQ sub-brand. EQ stands for Electric Intelligence, and will be applied to future electric models. In this case, the C presumably refers to the vehicle’s size, coming in as something of a GLC/C-Class.

As you can see, the EQC sports a slightly unusual design compared with Mercedes’s current crop of vehicles. It immediately looks more aerodynamic, with fine LED headlights, a smoothed-over front grille area, and a sweeping D-pillar and sloped tailgate with flush, full-width LED taillights.

Underneath it all is a pair of asynchronous motors providing all-wheel drive, fed by an 80kWh lithium-ion battery. Output is rated at an impressive 300kW and 765Nm, promising 0-100kmh acceleration in just 5.1 seconds. The top speed is limited to 180km/h. 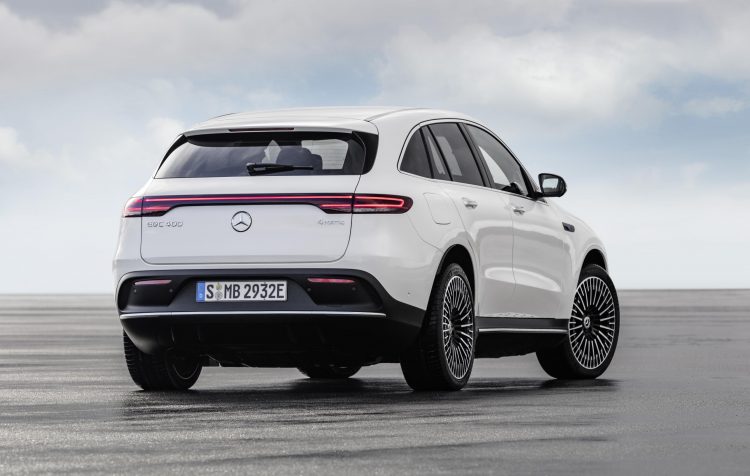 As standard the EQC comes with a water-cooled onboard charger (ODC) with a capacity of 7.4kW, which is ideal for AC charging at home or at a public charging station. Alternatively, buyers can option for the Mercedes-Benz Wallbox which charges up to three times faster. In around 40 minutes, the battery can be recharged from 10 per cent to 80 per cent. With a full charge the EQC offers an average (NEDC) range of 450km.

Some of the high-tech features that will be offered with the EQC include “pre-entry climate control”, which is capable of pre-warming or cooling the cabin remotely via the Mercedes me App or through scheduling, as well as EQ-optimised sat-nav which calculates routes based on shortest charging times and most efficiency. 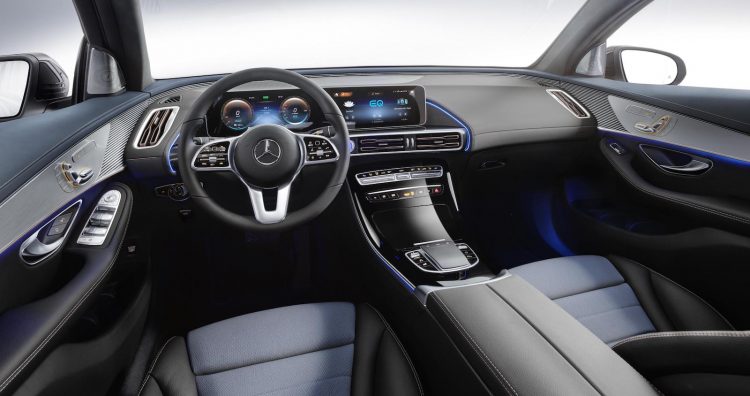 Mercedes says the new model meets the highest requirements in passive safety. Aside from the usual crash tests and regular developments and so on, the EQC has received further safety attention surrounding the battery and components that carry electricity. The company says the standards applied exceed legal requirements.

Production of the EQC will take place in Bremen, Germany, from 2019. It will be a series production vehicle and not a special edition. As far as we know it will be introduced in a Australia at some point, likely late next year.