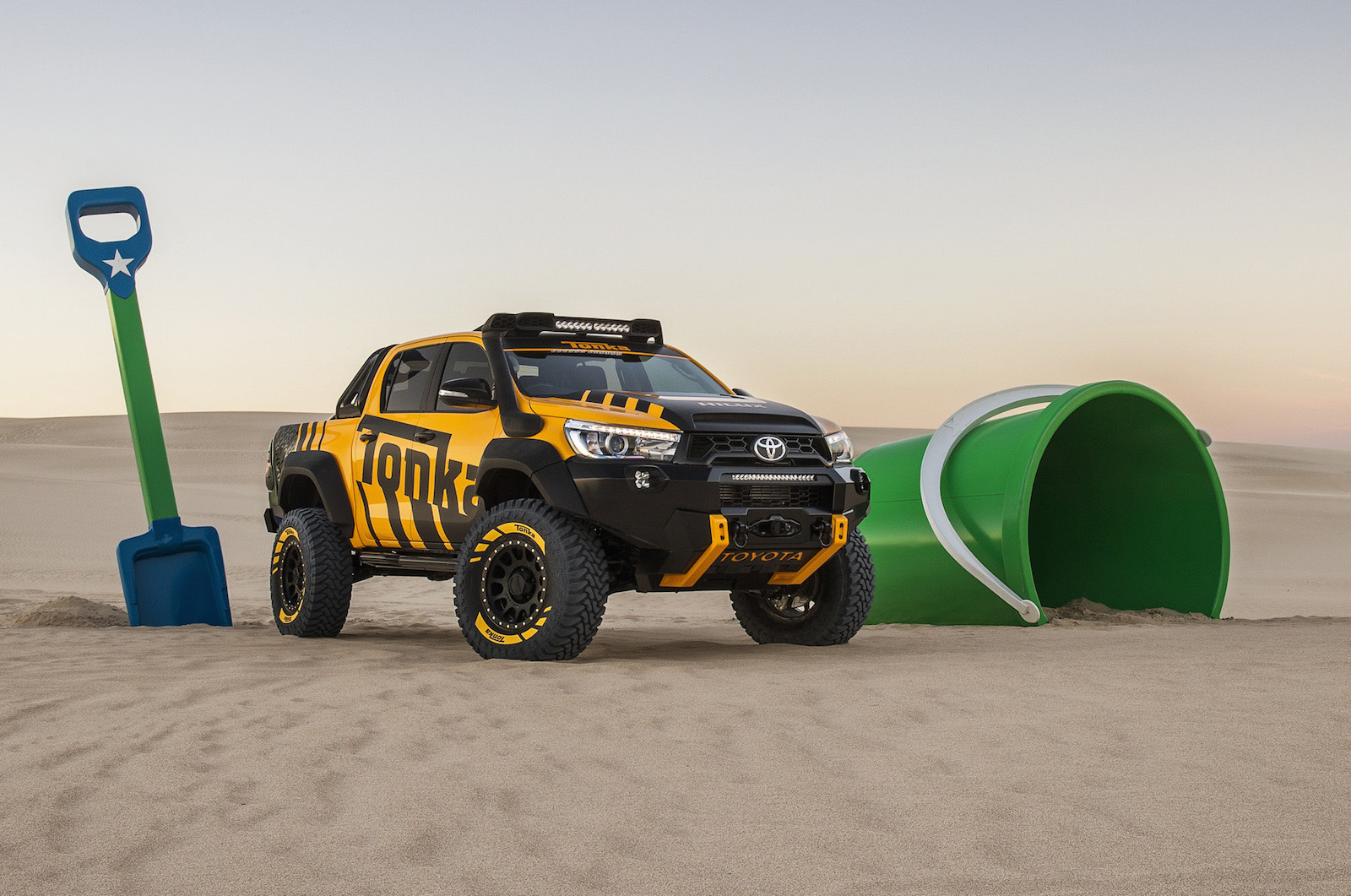 A full-size Toyota HiLux Tonka concept was revealed today, emulating the toy that has kick-started many youthful fascinations with trucks and cars; the Tonka Truck. 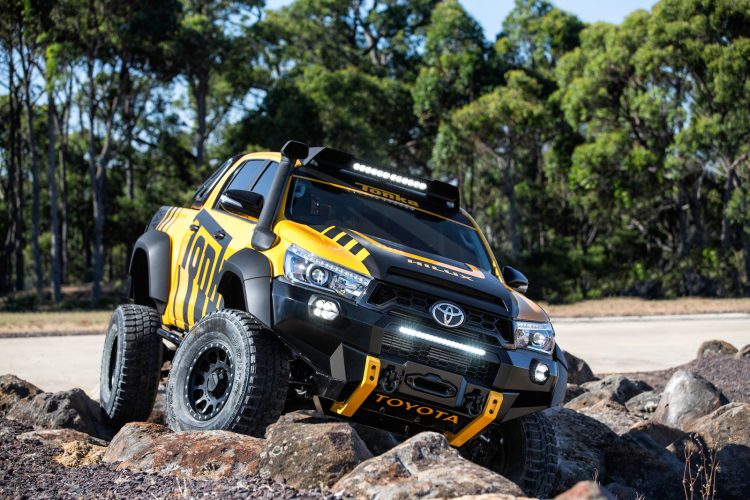 Styled and developed right here in Australia, the Tonka Concept is a much beefier expression of the HiLux, with 325mm extra width and enormous 35-inch tyres. Ground clearance is up to 429mm.

Based on the top-of-the-range HiLux SR5, the Tonka Concept also adds a unique grille and steel front bumper that incorporates a horizontal LED light set. There is also a black and yellow bash plate with an integrated winch.

Other additions include roof-mounted LED light bar, and carbon fibre tailgate skin and side rails. The tray contains a large spare wheel, two fuel cans and off-roading supplies. The colour is ‘Sun Fusion’ yellow, which is contrasted with black paint and Tonka decals. 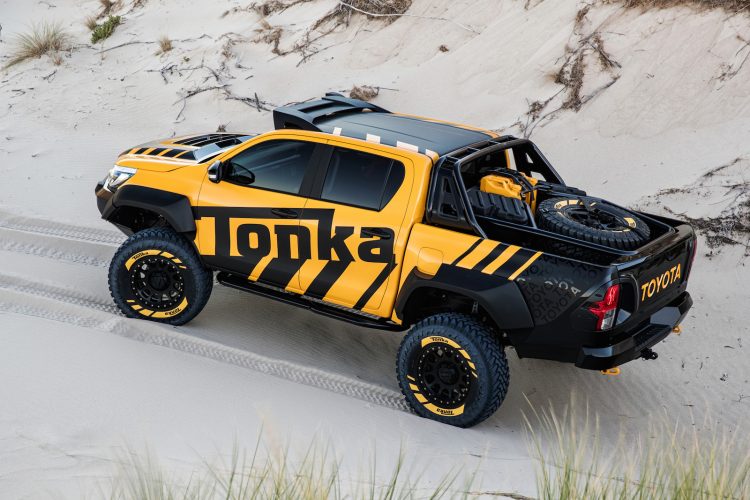 Head of product design for Toyota Australia, Nicholas Hogios said: “Inspired by the Tonka trucks that kids play with in their backyards, the HiLux Tonka Concept goes way beyond the already hugely capable abilities of HiLux to traverse rocks and other rugged terrain.

“The HiLux Tonka Concept is dramatic evidence that our local team loves to have fun, we’re keen to explore new ideas and we’re always looking to push the boundaries of what’s possible.”

Hogios has been responsible for other dramatic concepts too, such as the X-Runner, Sportivo Coupe and production cars such as the original Aurion and TRD, not to mention the 86 Shooting Brake.