Due to popular demand, BMW Australia is introducing another limited edition M3, called the BMW M3 Pure Edition II. Like the first Pure Edition, the special variant will come in special colours and added features. 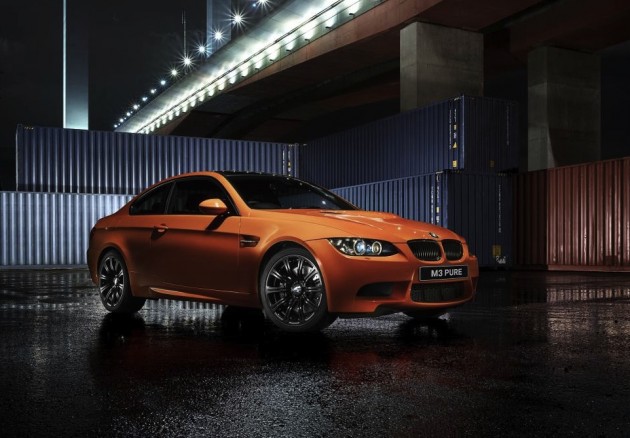 The last BMW M3 Pure Edition that went on the market in Australia sold out in no time. Just 100 were available. Only 50 of the new Pure Edition II examples will hit the market.

Each model comes with special 19-inch double-spoke high-gloss black alloy wheels wrapped in 245/35 front and 265/35 tyres on the back. It also comes with matching BMW Individual Dark Chrome front grilles; exhaust tips, and side sills.

Prices will start at $145,000 (Manufacturer’s List Price) with the six-speed manual transmission. Not a bad price considering the BMW Individual colour range is a $10,000 option on the normal M3. And according to the BMW website, a normal Coupe in Sydney retails for $156,154. (Prices exclude on-road costs.)

Order books will open in March, and run through until July, if all haven’t been sold by then.