Kia has launched its first and only current model front-engine rear-wheel drive sedan, the 2012 Kia K9. The production version of the concept car went on sale in Korea today, and will eventually hit other international markets during the fourth quarter of this year. 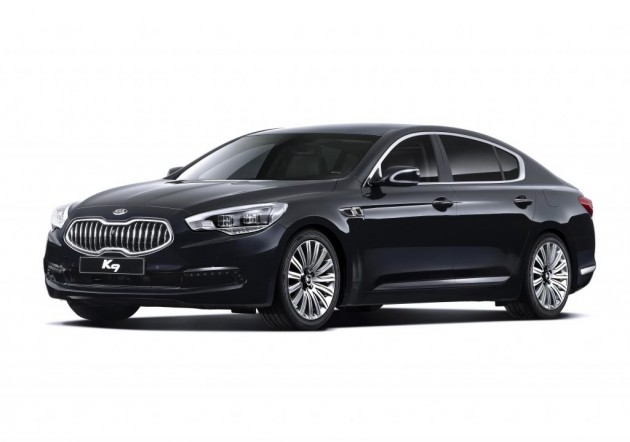 Unfortunately, Kia Australia has said there are no plans to introduce the new large sports sedan Down Under.

During the initial launch phase, the Kia K9 comes with a 3.8-litre Lambda V6 engine producing 213kW of power. A higher output GDI version will join the lineup next year, producing 245kW. 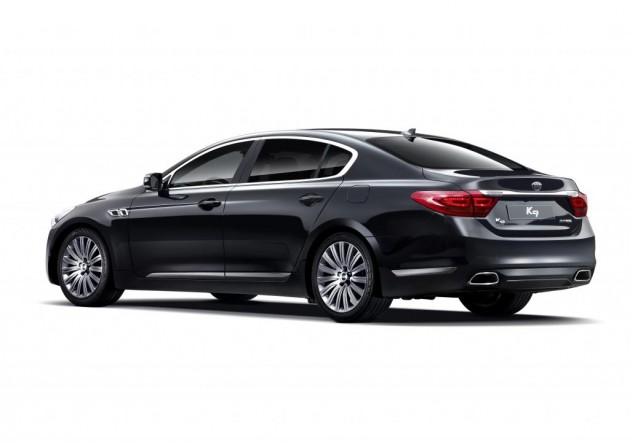 Styling-wise, the 2012 Kia K9 showcases Kia’s tiger nose grille in the front end, and a swooping rear roofline. There are also twin exhaust outlets at the back for that sporty look, and slightly bulged front and rear wheel arches.

Soon-Nam Lee, Kia’s director of overseas marketing group, recently spoke about the philosophy behind the K9. He said,

“K9 is our first rear-wheel drive large sedan for more than a decade and sets new standards for advanced design, new technologies and driving performance, representing the ‘best of the best’ of Kia.

“Demonstrating once again our brand’s power to surprise, K9 will entice an entirely new customer group of progressive, forward-looking consumers to Kia for the first time.” 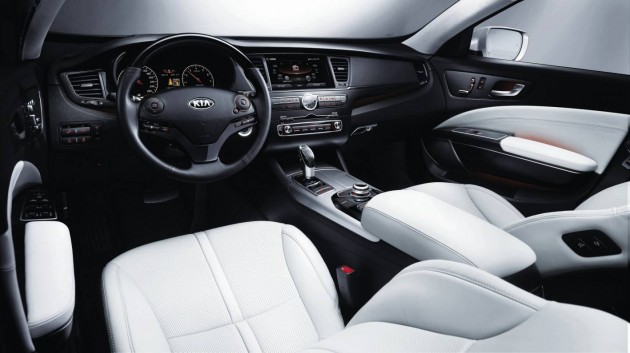 To top it all off, the interior is garnished in modern furnishings, and a compressive in-car entertainment package. The setup consist of twin 9.2-inch rear screens, a 12.3-inch Thin Film Transistor (TFT) LCD interface up front, and a 17-speaker Lexicon stereo.

What a shame it won’t be heading to Australia any time soon.