Nissan has unveiled the Nissan Juke Nismo Concept prior to its 2011 Tokyo Motor Show debut. The concept previews a future direction for Nismo products and parts. 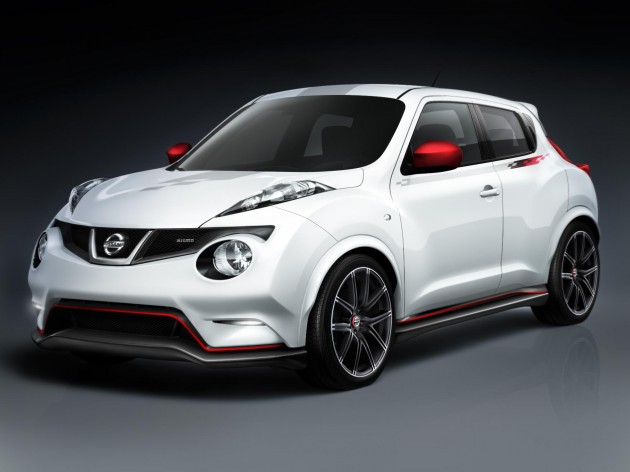 Based on the friendly Nissan Juke crossover, the Nissan Juke Nismo Concept features a performance bodykit and exterior trimmings, as well as a tuned engine to give the Juke a bit more oomph and presence.

Specific engine details are yet to be revealed, with Nismo only saying that it features a 1.6-litre turbocharged engine offering more power and overall performance.

Underneath, the Nismo Juke features a revised suspension layout incorporating lower and stiffer springs that drop the sporty body over a set of 19-inch alloy wheels. Nismo says these parts will be available through the Nismo parts catelogue. 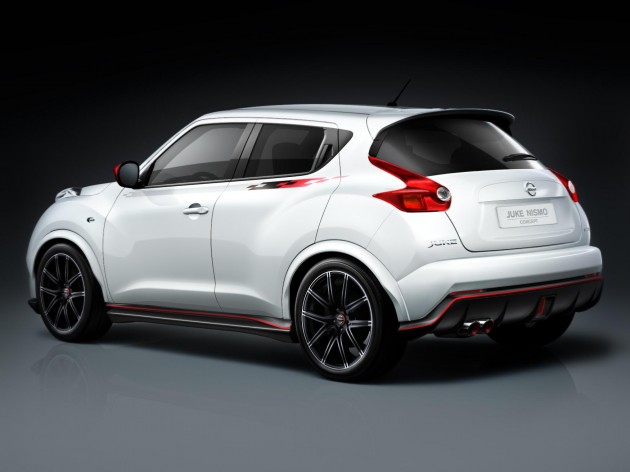 Inside is also customised to suit the mechanical upgrades, featuring Nismo pedals, gauges, door trims, steering wheel and gear lever. There are also leather-covered buckets seats to help hold the occupants in place.

Perhaps the most distinguishing element that really sets this Juke apart from the rest is the bespoke Nismo bodykit. It includes new front and rear bumper bars, and a new grille and rear diffuser. While the sides get bolstered wheel arches and redesigned side mirrors.

We remember the Nissan Juke R concept which featured GT-R running gear. That project was created to test consumer’s reaction to a sporty Juke variant. This Nissan Juke Nismo Concept now previews packages that will likely be on offer in the future. Nismo President Shoichi Miyatani recently said,

“As the Concept shows, Nismo brings new levels of individuality to mainstream Nissan cars like Juke. The future for Nismo is to develop premium sports designs for an ever-widening range of customers.

“Our forthcoming range of cars will be just as accessible and innovative as every Nissan product, but with added Nismo energy they will be even more fun to own and drive.”