According to reports and rumours, Pagani will reveal another version of its most popular vehicle. Called the Pagani Zonda R Evo, the stripped out racer is expected to be a revised version of the already ballistic R. 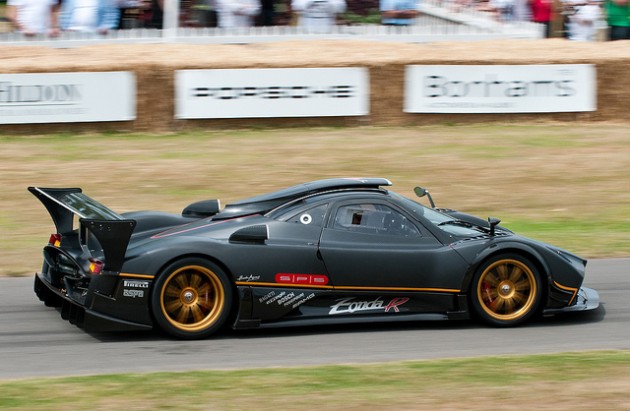 Full details are kind of sketchy at this stage. It is believed the new model will feature new aerodynamic aspects throughout the body, as well as a slightly tweaked 6.0-litre V12 engine over the normal R.

As for performance, overall engine power is slated to be 760PS (559kW), allowing the carbon fibre monster to sprint from 0-100km/h in around 2.5 seconds. The top speed is expected to be beyond 350km/h.

This would place it in the specifications region of the next-latest model, the Pagani Zonda 760 RS. The RS is a road-legal version however, whereas the R Evo is likely to be a track-only package like the standard Zonda R (pictured).

We’ll keep you updated with all the official details in the coming weeks. The 2012 Goodwood Festival of Speed will commence on June 28 and run until July 1.