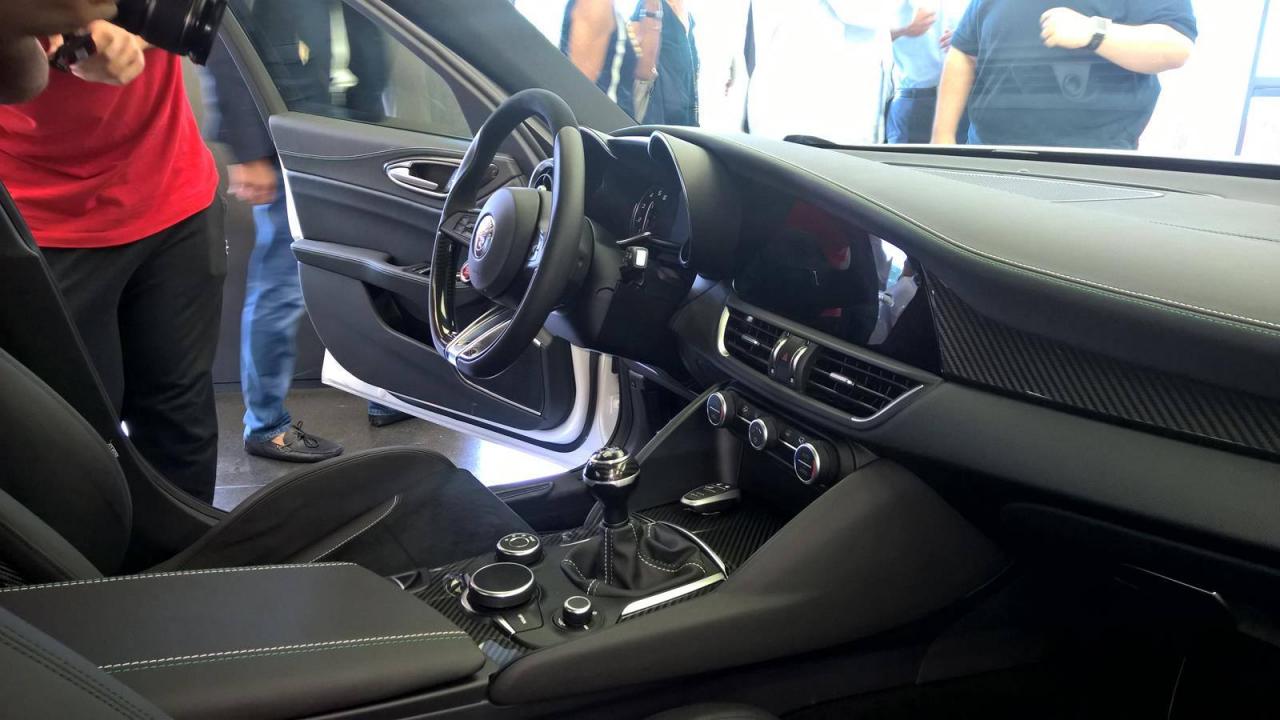 Images of the Alfa Romeo Giulia sedan have hit the web, showing a complete view of the interior for the first time. Like the exterior, the interior presents one of the more flamboyant and stylish layouts in the segment. 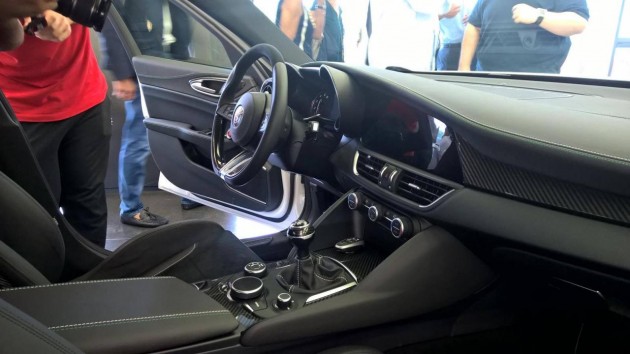 Alfa Romeo revealed the all-new model late last month but it failed to show the interior. Looking at these images, found on Facebook, Alfa has gone for a luxurious yet sporty theme with a centre fascia skewed toward the driver.

You can see the three-spoke sports steering wheel with suede-like sections at the top and carbon lower spokes, two gauge clusters facing the driver, with a large LCD interface for the centre dash. Down below you can see an iDrive-style controller for the interface, as well as some driving mode knobs and a six-speed manual transmission.

Other notable highlights include plush bucket seats covered in Alcantara and leather, featuring carbon fibre backs, along with carbon fibre dash pieces and lots of leather with contrast stitching.

The new model has the potential to really shake up the segment, remembering the segment is made up of plenty of premium yet conservative German rivals. It will compete against the Audi A4, BMW 3 Series, Mercedes-Benz C-Class, and also the Lexus IS and the upcoming Jaguar XE.

To refresh your memory the range-topping QV variant gets a twin-turbo V6 Ferrari-developing engine producing 375kW, making it the most powerful out of all rivals above. Other, less extreme, variants are likely to be available in petrol and diesel form. Alfa Australia is yet to confirm if the sedan will make it to local shores. 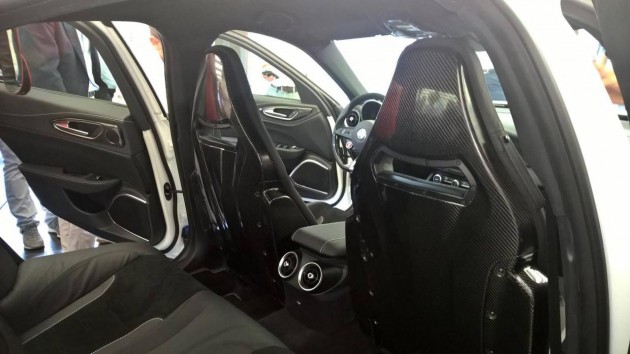