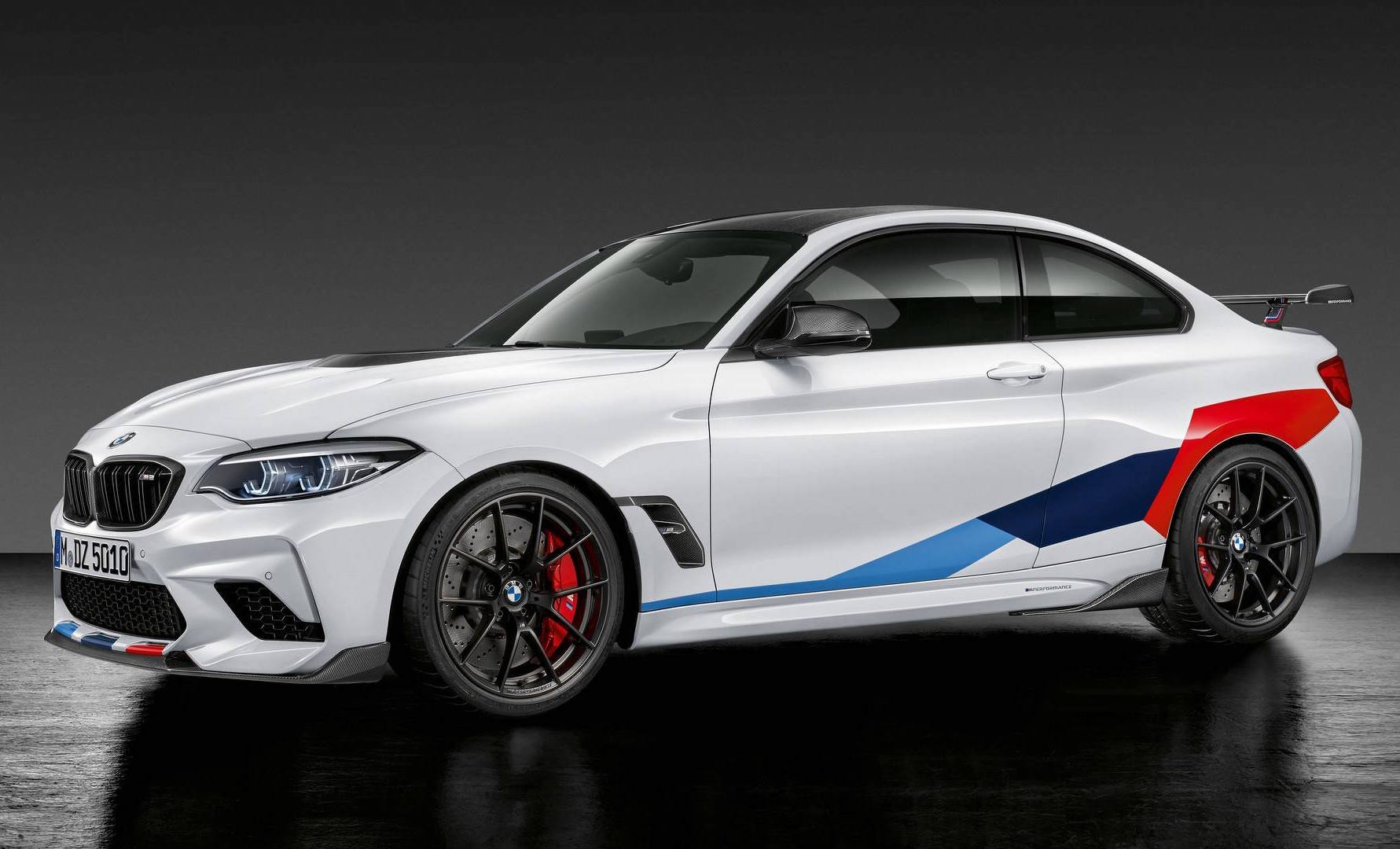 If you’re struggling to keep your mouth from watering since the unveiling of the BMW M2 Competition, you might want to invest in a bib factory as BMW has now unveiled the full range of M Performance accessories for it. 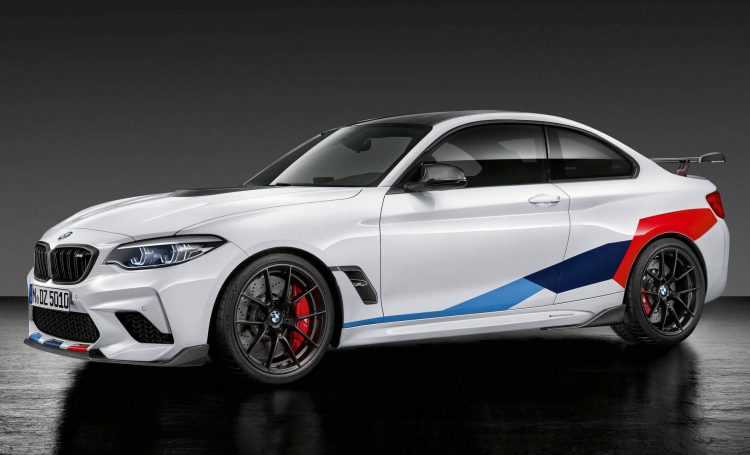 The new M2 Competition is the slightly stripped back, slightly more hardcore version of the M2. It was only revealed a couple of weeks ago. It features the ‘S55’ 3.0-litre twin-turbo inline six engine from the M3/M4, albeit de-tuned to 302kW and 550Nm.

Buyers will be able to turn up the heat with the new model thanks to a huge range of aftermarket-like accessories and enhancements. The most obvious of which is the aero kit. It comprises of a bespoke carbon fibre bonnet complete with a ‘power dome’, along with skirt extensions in carbon fibre, carbon roof, and carbon boot lid which saves 6kg.

Visual presence is also boosted with 19-inch forged alloy wheels that save 3.2kg per wheel, with optional Michelin Pilot Sport Cup 2 tyres. Around at the back you’ll notice a carbon fibre diffuser and full stainless steel exhaust system with a titanium rear silencer, and 93mm tailpipes in carbon fibre. 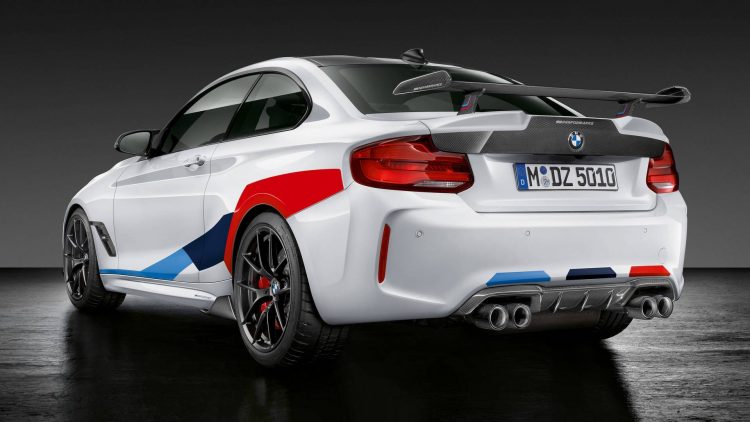 To help with handling buyers can option for a lowered suspension setup that brings the car down by up to 20mm, with 12 different damping compression settings and 16 rebound settings. BMW says the M Performance suspension helps to reduce rolling tendency and create an even more neutral driving response.

Enhancements options don’t stop at the exterior. Inside you can opt for an M Performance steering wheel wrapped in leather and Alcantara, or a carbon fibre version with a race display incorporated in. The race display can show you things like stopwatch timing and live g-force.

The BMW M2 Competition will go on sale in Australia, although timing details and prices are yet to be confirmed. M Performance parts are available locally so we’d assume these parts will be offered here as well.