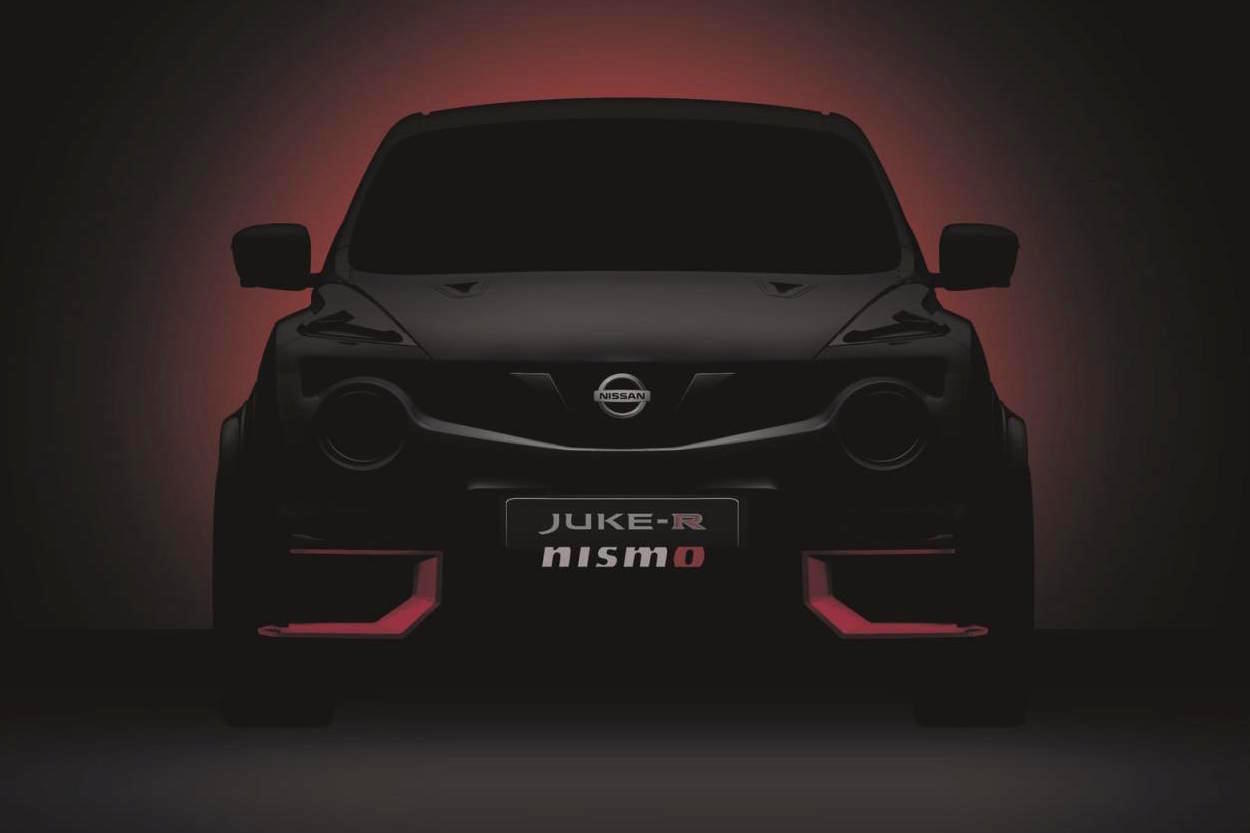 Nissan is planning an updated 2015 Juke-R Nismo high-performance crossover that will make its debut at the Goodwood Festival of Speed later this month. 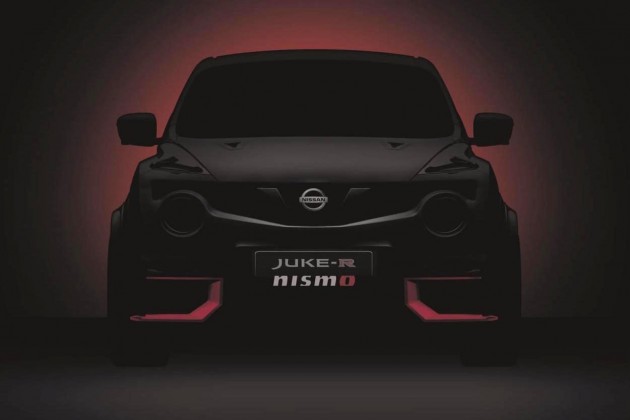 If you’re after an insane little crossover that really stands out, and one that will blow your mind with performance, the Juke-R project is what you should be looking into. For the new version, everything is expected to be turned up a few notches.

Not that the outgoing Juke-R needs any more ‘notches’. Under the bonnet the 2015 version is likely to retain the 3.8-litre twin-turbo V6 engine taken from the GT-R. However, power output is likely to be lifted from 362kW to around 400kW or more.

With more juice in the engine compartment we could see 0-100km/h acceleration figures drop from the current 3.7 seconds to the mid to low 3.0-second range. The outgoing model offered a top speed of 257km/h.

Nissan hasn’t released any specific details other than this teaser image, so it is still too early to know for sure what the company is planning. Could this be just a concept? Nissan offered the previous Juke-R on a build-by-customer-order basis. This approach could be carried across.

It looks like the new model will feature an updated front end, based on the recently facelifted regular Juke. At the front we can see a revised spoiler system with aggressive side intakes, big circular lights, and some red trimmings to give it some racy contrast.

All will be revealed at the Goodwood event in the UK. The event runs from June 25-28. Stay tuned for plenty of coverage.