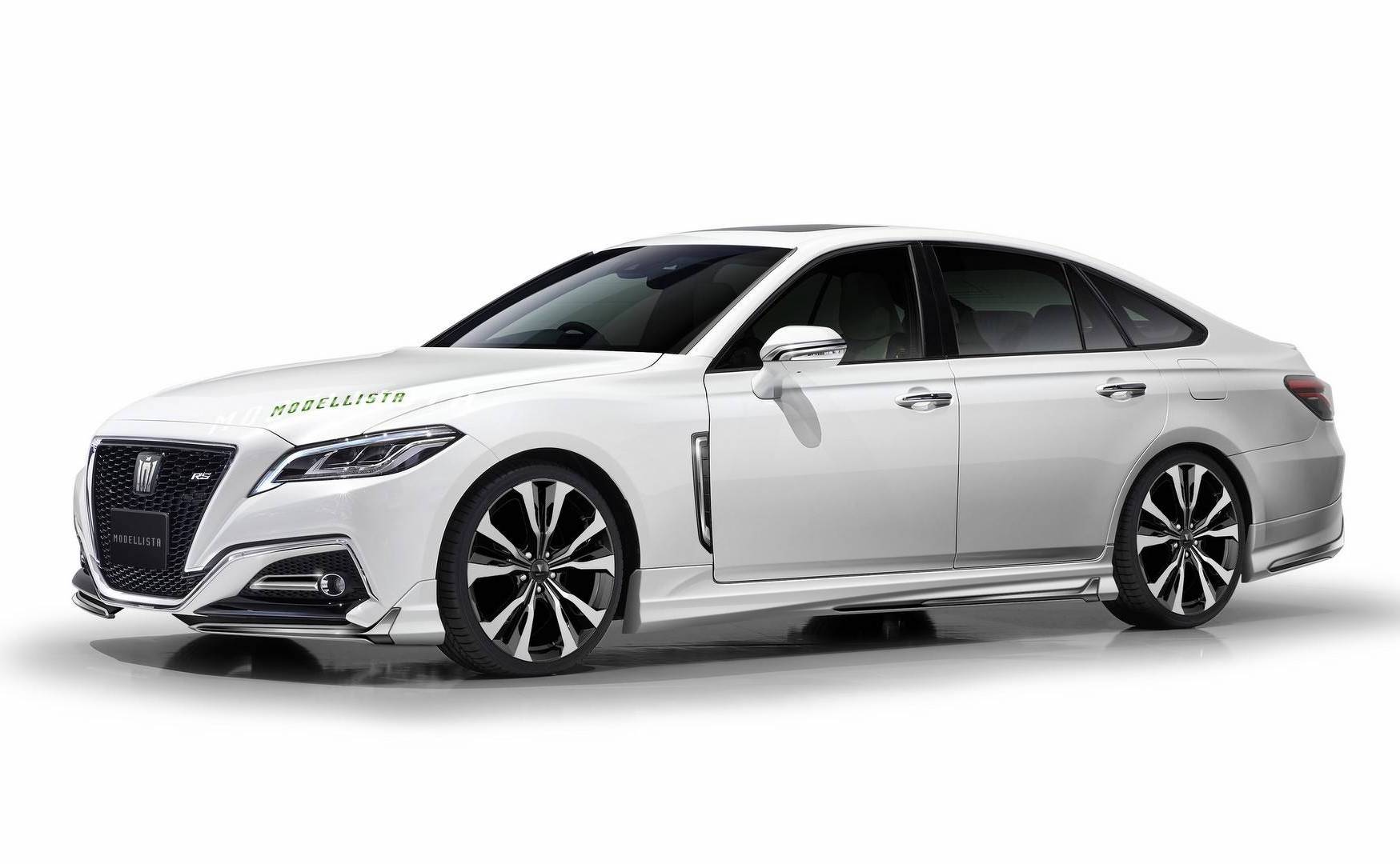 Toyota only recently unveiled a pre-production concept version of the all-new, 2018 Toyota Crown luxury sedan. And now we hear the company will be showing off a sporty, Modellista-clad version at the Tokyo Auto Salon in January. 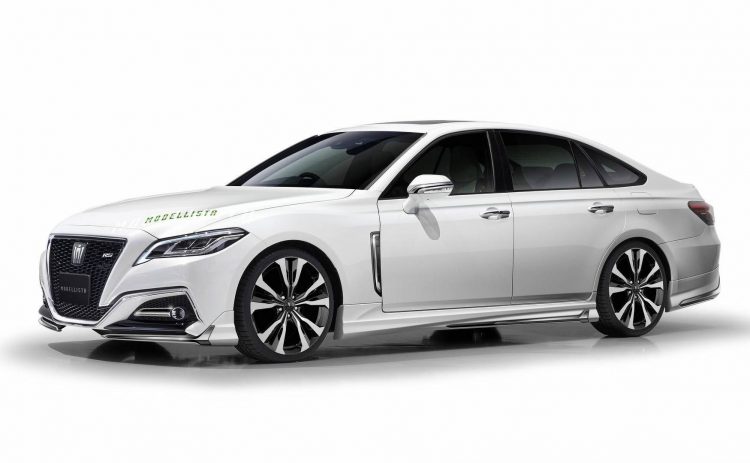 Images reveal what the Modellista bodykit will comprise of for the new Crown. There’s a custom front bumper bar with sporty skirting on the corners, along with chrome trimmings matched with some titanium-look highlights.

Around the sides you can see the extended side skirts with titanium-look trimmings, leading to some extended side skirts for the rear bumper bar, also with the titanium-look trim. At the very back there’s a sporty diffuser-like section with a central wrap-up colour-coded area, supported by quad-outlet exhausts. To top it all off there’s a set of big alloy wheels and some sports suspension.

The new Crown is set to go on sale in Japan in the middle of 2018. It’s based on the GA-L version of Toyota’s New Generation Architecture, which is shared with the latest Lexus LS flagship sedan and the awesome Lexus LC flagship coupe.

Powertrain options are likely to include the 2.0-litre turbo from the previous model, with the potential addition of the ‘V35A-FTS’ 3.5-litre twin-turbo V6 from the Lexus LS, where it churns out 310kW. A 3.5-litre V6 hybrid is also expected, along with Toyota’s new 10-speed automatic transmission.

The 2018 Tokyo Auto Salon opens its doors on January 12. These Modellista accessories are expected to be available at the time of launch of the new Crown. 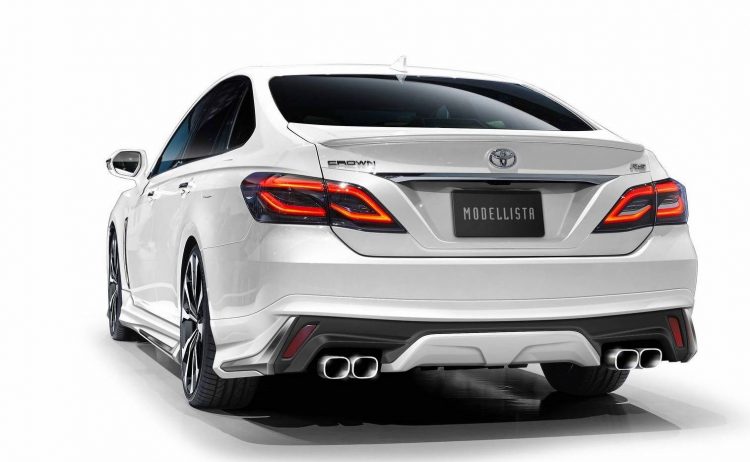