A very unfortunate accident in Germany has ended with a BMW test driver being killed while driving a BMW ActiveHybrid 3 Series prototype. 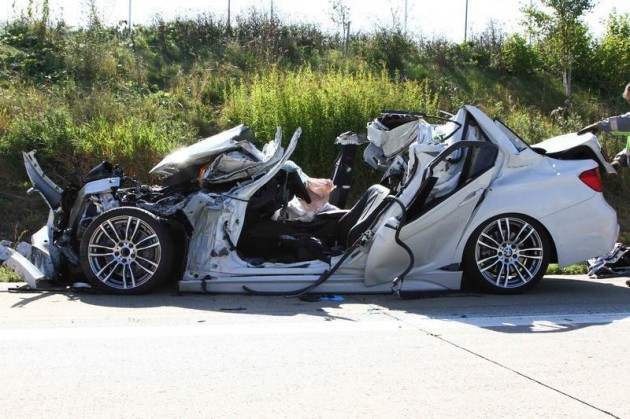 The prototype crash occurred on Germany’s unrestricted speed autobahn ‘A92’ freeway near the company’s factory in Dingolfing, Southern Bavaria.

It’s understood the driver was conducting high speed tests at the time, before a truck pulled out into the fast lane leaving the test driver with nowhere to go but straight into the back of the truck’s trailer. The BMW driver was killed instantly. As you can see, the aftermath isn’t good. The BMW suffered extensive damage, so much so that the chassis bent, lifting the rear end, twisting every panel in the process.

Police and investigation crews closed the section of autobahn for several hours to recover the wreckage and to discover the precise cause of the accident.