Subaru is previewing a performance-inspired version of the next-gen Levorg, unveiling this special Levorg STI Sport prototype at the Tokyo Auto Salon this weekend. It’s set to inspire a production version some time in the near future. 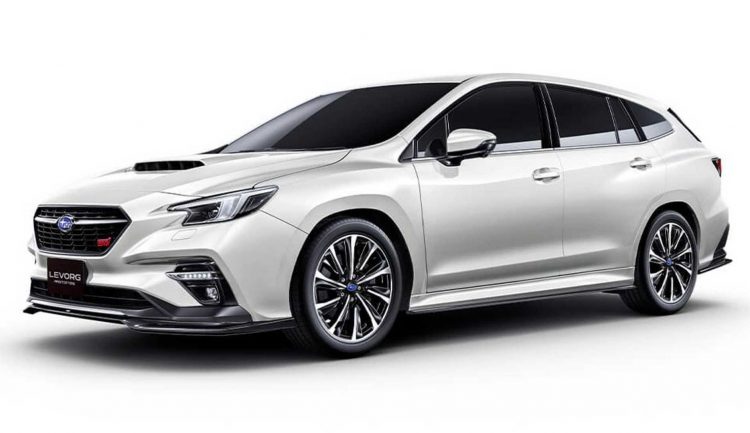 The all-new 2021 Levorg hasn’t even been unveiled yet, however, a prototype concept debuted last year previewing the next-gen model. The next Levorg is set to merge across to the latest Subaru global platform like the Impreza, XV, and more recently the Forster and Liberty/Outback. It looks like Subaru wants us to get excited about the prospect of an STI-inspired variant already.

It’s based on that prototype that we saw last year, except STI has given it the once over with various performance-inspired upgrades. There’s a set of unique alloy wheels for starters, an aggressive lip spoiler at the front in black, side skirts, and a matching rear apron and integrated diffuser element.

Specifications and finer details on the upgrades haven’t really be outlined by Subaru, but in a statement the company does say the STI Sport features electronically controlled dampers. This is a first for a Subaru. These give the driver the opportunity to select between different settings at the touch of a button. 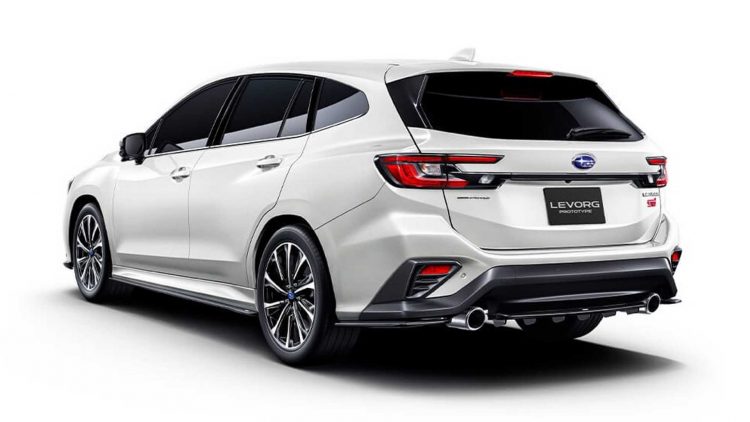 The company goes on to talk about the character and “Grand Touring philosophy” of the car, saying that it has been designed to take the driver and passengers further “with more comfort, safety and enjoyment” than before. Subaru said:

“For all its customers who put faith in the brand, Subaru is developing the all-new Levorg with the aims of realising a future where everyone can truly enjoy driving in a car that enriches the life of the customer.”

It also says the prototype opens up the future of Subaru’s driving performance, whereby Subaru and STI work together to enhance the all-new Levorg. If we unpack some of that, it sounds to us like Subaru is planning to introduce an STI-inspired version of the new Levorg once the regular model hits the market.

Subaru did/does offer an STI-inspired version of the first-gen Levorg, called the Spec B. It showcases special STI alloy wheels, Bilstein dampers, an STI front suspension strut brace, and a unique bodykit. In other words, this prototype seems like the perfect successor. Time will tell.