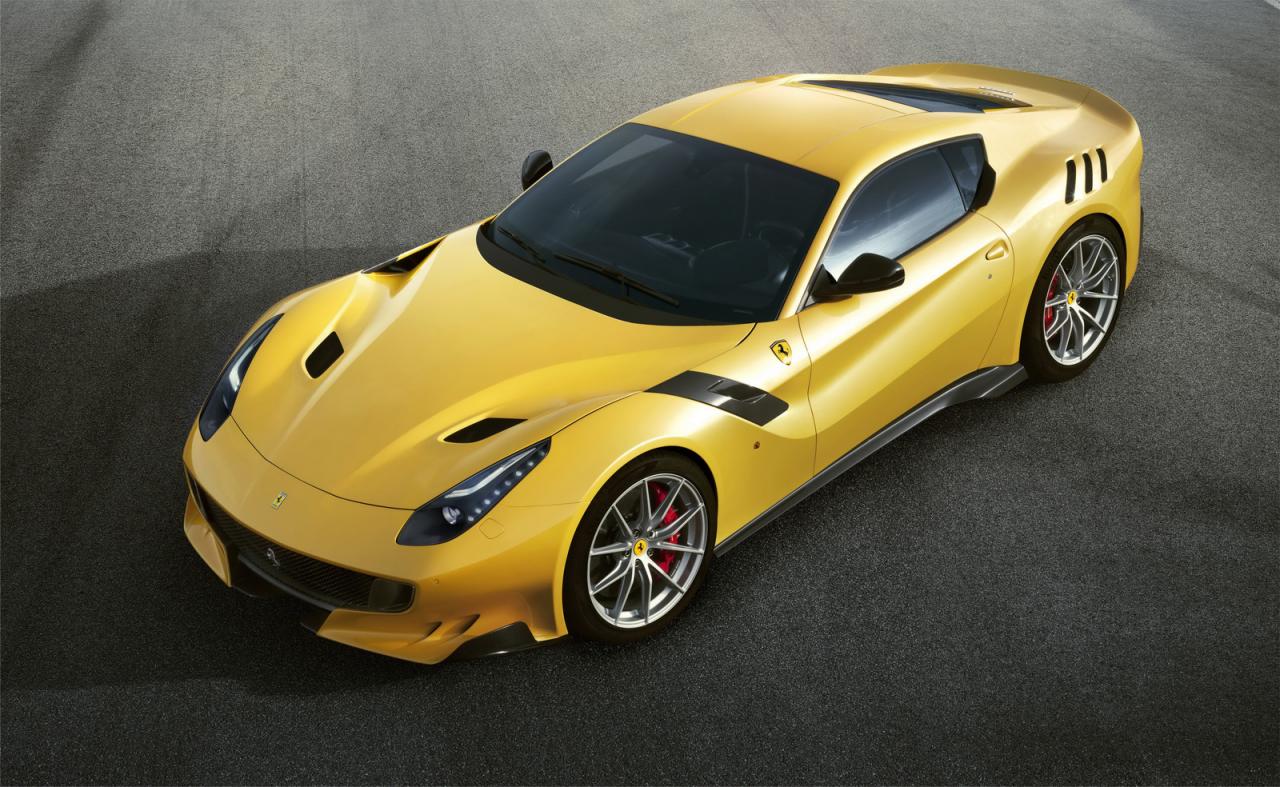 Ferrari has finally unveiled the highly anticipated performance version of the F12, called, to everyone’s surprise, the F12tdf. 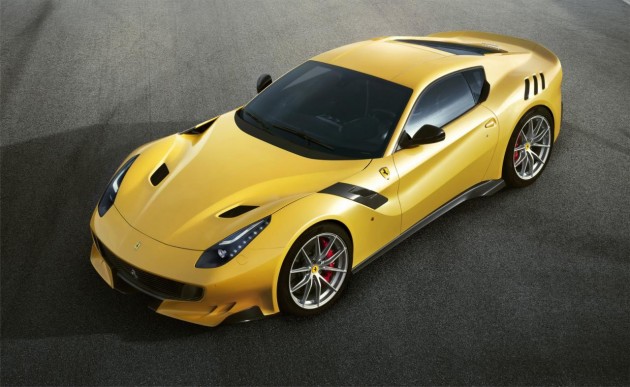 Initially thought to be called the GTO, and then the Speciale, Ferrari has selected the tdf name in honour of the Tour de France. No, not the famous bicycle race, but the similarly arduous endurance motorsport event that took place during the 1950 and ‘60s. Ferrari was a prominent manufacturer in the event.

Aside from the name surprise, most of the originally speculated specs are confirmed. The 6.3-litre naturally aspirated V12 engine is tweaked to produce a whopping 574kW of power and 705Nm of torque (up from 545kW).

Ferrari has also made some revisions to the driveline, equipping the dual-clutch transmission with six per cent shorter gear ratios, with 30 per cent quicker upshifts (if that’s even possible) and 40 per cent quicker downshifts.

As suspected, engineers have managed to cut weight from the F12 with extensive use of carbon fibre for the exterior and interior. This has slashed an impressive 110kg from the 1630kg kerb weight, resulting in a 1415kg dry weight. 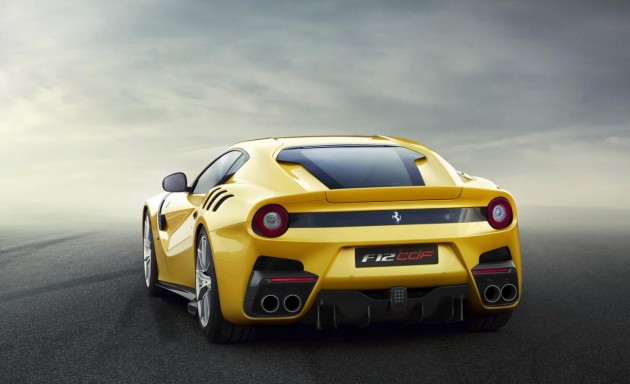 For the body, the rear spoiler is now 60mm longer and 30mm higher to generate more downforce at speed. At the front, the ‘Aerobridge’ has been revised to optimise air flow, while new slits are cut into the rear guards to extract air from within the wheel arch.

As a result of the body changes, the aerodynamic efficiency is almost double that of the regular F12, with 230kg of downforce achievable at 200km/h – up 107kg over the F12.

To handle the extra power and speed, the front wheels now wear 275 tyres (from 255), moving up from a 9.5-inch rim to a 10-inch unit. The rear 11.5-inch rims wear 315 tyres. Ferrari says the change provides higher lateral acceleration.

Along with this, Ferrari is debuting a new technology it calls a Virtual Short Wheelbase system, which is its rear-wheel steering mechanism. Ferrari explains:

“The Virtual Short Wheelbase improves the car’s responsiveness to make it feel more agile, with instantaneous turn-in that can be best appreciated on twisty roads and on more technically challenging tracks while, at the same time, improving stability at high speeds.”

Lastly, the interior has also been given a makeover. Carbon fibre is used for most of the housings and instruments, while the door trims are scaled back to a single carbon fibre shell. The glove box is also removed and replaced with a knee pad, and Alcantara is used for the upholstery over the usual leather, all helping to reduce weight.